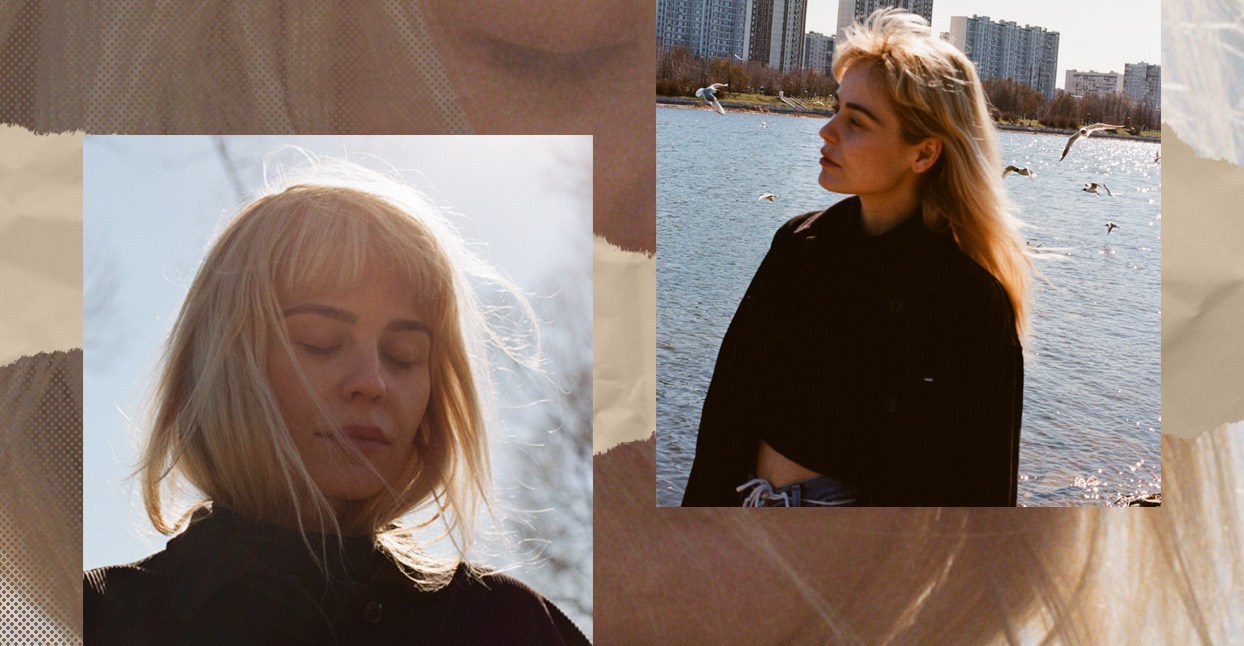 “My city is an endless source of inspiration for me,” says Moscow-based electronic artist Kedr Livanskiy, born Yana Kedrina. Her discography backs up her claim: 2017’s breakout album, Ariadna, was an homage to Russia’s Izhevsk electronic scene of the ‘80s, and its drifting, peaky techno-pop seemed to reflect the sprawling topography of the world’s largest country.

But as expansive as Ariadna was, it came from a place of solitude. To make the record, Kedrina had to burrow deep inside her own head, and lock the door behind her: “I wanted to separate myself from the clubbing circuit, from the community,” she reflects. “I was a lonely warrior, closing myself off inside my own fantasies and having these romanticized emotional experiences.” The approach was at odds with her musical upbringing; Kedrina cut her teeth singing in a short-lived punk band at the age of 19, drawn to the community and activism of hardcore punk. “I wanted to join in the fight against Nazism and homophobia and for animal liberation,” she says.

Four years later, while studying film at the Moscow School of New Cinema—a course she credits with helping her “to see between the lines” as an artist—Kedrina began developing a fascination with electronic music: specifically, the IDM odysseys of Boards of Canada, Autechre, and Aphex Twin. She formed the now-defunct Moscow-based underground label and community John’s Kingdom with a group of friends including Buttechno and GOST ZVUK. In 2016 she issued her debut release, the EP January Sun, which was inspired by Russian winters and produced entirely on Ableton.

Her second full-length, Your Need, also looks to Russia as a source of creative energy. “I write music mostly at home—here, I feel safe,” Kedrina says. “I am on my own land; somehow, mentally, it gives me strength.” It’s no surprise then, that some songs are even set in Kedrina’s homeland: On the LP’s revitalizing, breakbeat-heavy closing track, “Ivan Kupala (New Day) (Иван купала),” she imagines a Russian village rave on a river bank, bodies swaying in the sun’s early morning rays. That spirit of revival courses through the rest of  Your Need, which documents a kind of mental thawing for Kedrina after the icy depression that followed the making of Ariadna.

Your Need was created in collaboration with Saint Petersburg electronic producer, and Kedrina’s friend, Flaty (Zhenya), who helped her “overcome this depression and realize the importance of being around people.” He came to visit her in Moscow, and they spent 10 days locked in the studio, with Flaty contributing beats and “enriching” the sound of the album. “He is a very talented artist, and when we began working together, I felt very supported. We worked very intuitively together as a duo,” she says. On Ariadna, Kedrina upped her previous software-only production game to include classic analog synths like the Roland SH-101, Roland Juno 106, and Korg Minilogue. To make Your Need, she added a Roland TR-808, Korg synths, and more gear to her arsenal.

The end result, to borrow Kadrina’s terms, is less an album than “an exploding volcano”: the sound of someone opening themselves up to the world after a long tumultuous torpor, and reveling in everything it has to offer. Previous albums were geared towards the individual listener; Your Need is about “dancing, clubbing, and interactions between people.”

That shift can be partially attributed to Kadrina’s work as a DJ—yet another creatively-spurned source of personal solace—and its similar focus on warm, complex rhythms that celebrate the communion of dance music. She namechecks Portugal’s Príncipe label as a touchstone for her sets, expressing a desire to “educate her Russian audience.” Last month’s mix for London’s NTS radio featured tracks from boundary-busting trio Africaine 808 and Senegalese singer Aby Ngana Diop, alongside respected U.K. electronic producers Pinch, Nathan Micay (FKA Bwana), and Lanark Artefax.

Kedrina spent the last year and a half digging into U.K.-borne bassline, speed garage, and grime, all of which is audible on Your Need. Fire up “Bounce 2,” and witness its grime-y synths and Olive-esque vocals. Countless strains of dance music seem to seep into the album’s crevices. The title track blends fairground trance with dubby inflections and a distant electro beat. “Lugovoy (November Dub)” inhabits a conked-out dub space with echoes of instrumental grime. “Your Need (твоя беда)” reappears later in the album as a deep house remix.

The album is “an ode to the hero who lives in the contemporary urban jungle… it’s a narration of his emotional condition, from a lost love to a bad trip on the dancefloor, or a track that forces you to believe in a better ‘tomorrow.’ It’s a whole range of emotions.” As with Ariadna, imagery from the natural world often slides into view. “Sky Kisses (на танцполе)” has an organic aura that feels destined for an outdoor rave. “We are kissing in the sky / In enigmatic forests,” she repeats; on “LED (лёд),” she is “letting her hair loose in early spring” and “wandering over to the river.” She sings of the sun’s beauty on “City Track,” and “Kiska (киска)” weaves a tangled rhythmic pulse into its dizzying fabric, with pitched-up vocals adding a light-hearted touch.

Being an electronic musician in Russia is not without its challenges. “For me, it’s very important that the Russian artist understands that they can be really heard—not only in Russia, but also abroad,” says Kedrina. She may sing in Russian, but believes that music is an “international language… a way of communication between two people.” On Your Need, Kedrina has rediscovered her own need for human connection, and the desire to bring people together through music. “This new album is definitely more open, but that doesn’t mean all of my next albums will be like that. It’s just about my current mood. Maybe my next album will be folk.”