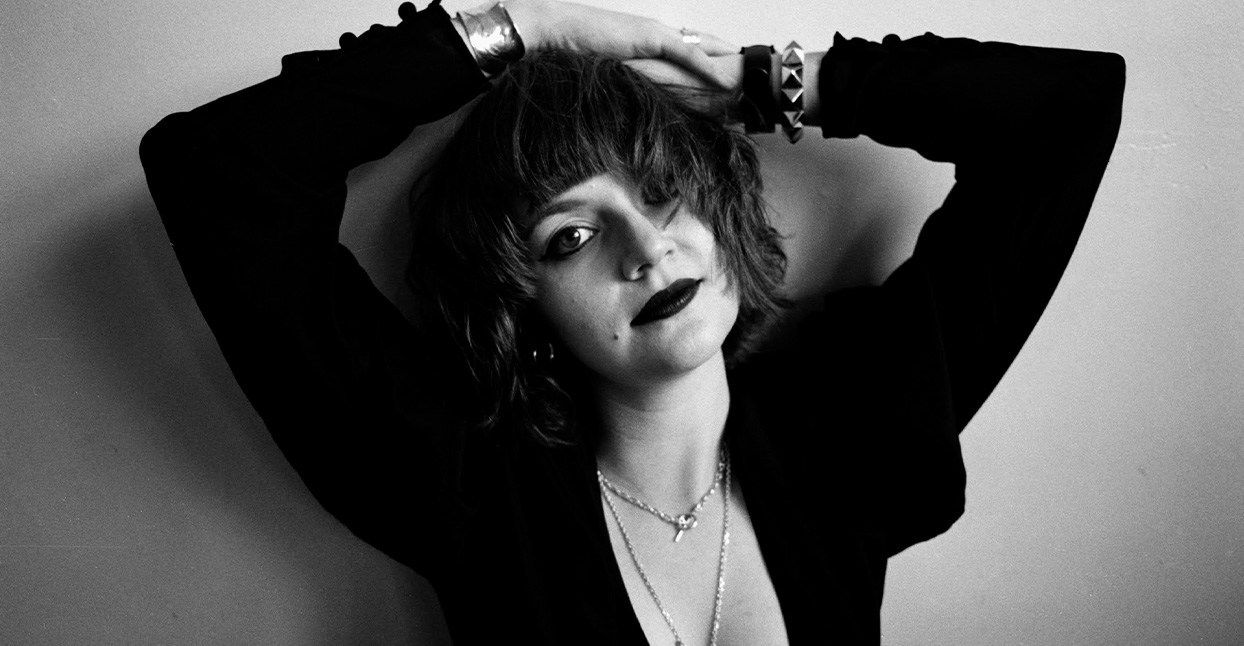 When songwriter Kate Davis was still in college, she approached her parents with a decision that had been a long time in the making. “I’m getting kind of sick of this,” she told them. Davis was talking about the full-ride scholarship program she was completing at the Manhattan School of Music, studying jazz bass and gigging around New York’s genteel club circuit. She’d been a part of this world since she was young, earning prestige first as a violinist, then as an upright bassist in her native Portland, Oregon before relocating to NYC for school. But the land of Dizzy’s Club Coca-Cola and demure cocktail dresses had grown stale for Davis. She didn’t want to just play music—she wanted to write it. Davis wasn’t sure how her folks would take the news–her parents, especially her father, had played a key role in shaping her career and inspiring her rigorous work ethic. But instead of berating her, Davis’ father, who has since passed away, handed her a legal pad. “Write 20 songs this summer,” he said. Davis rose to the challenge—but she didn’t stop at 20.

The Davis who shows up to chat at a tiny Mexican restaurant in Brooklyn seems far from the world of jazz standards and sensible heels. She wears an animal-print blazer, black bike shorts, and stacks of silver jewelry. Her once long, straight hair has been chopped to a tousled bob. It’s a transformation that feels deliberate—like adopting a new wardrobe the summer before freshman year. “If you did some digging [on me], you probably saw a pretty strange past life,” she says. Davis’ debut solo album Trophy marks a further departure from that past life. But like the prize that gives the record its name, Trophy didn’t come until Davis had cleared a series of hurdles.

For one thing, Trophy is an indie rock album, a genre Davis has courted privately for years, but only recently decided to embrace. Not long after she graduated college, Davis found herself playing in the house band for the immersive play Sleep No More, gigging around town, and occasionally making videos for the YouTube covers series Postmodern Jukebox. It was the latter that launched her into viral fame—in 2014, Davis performed an acoustic version of Meghan Trainor’s “All About That Bass” on her upright instrument, and the clip racked up millions of views.

“It turned into this big thing, which was really freaky, because I didn’t think that was going to happen,” Davis says. “It instantly created this path and expectation that people had for me as a performer—which was overwhelming, because I had just gotten out of college, I had just lost my dad…I had all this stuff happen to me in a tiny little window of time.” She found herself in a suffocating contract with a record label that promised to support her as an artist, but wound up only wanting the girl from that YouTube video. “I wasn’t allowed to put anything out that wasn’t sanctioned by them. Everything was a very tedious process of approvals,” she says. Davis kept submitting songs for a period of two years—all to no avail. “During that time, I was just coming up with all of these demos and songs and moving towards where Trophy ended up being. But I was in a legal nightmare.”

Davis eventually wriggled free from her contract, and did what any self-motivated artist would do: She turned to crowdfunding. Fortunately, she had a decent number of high-profile fans, including Jeff Goldblum and Sharon Van Etten (Davis co-wrote Van Etten’s recent single “Seventeen”). But she felt the need to add a disclaimer in the footnotes of her campaign. “I know it’s going to be different from maybe what you had expected or wanted from me,” she told her fans. “But artists grow up, and I’m a lot more than just a girl who sings covers.” Davis met her goal, and made a record that reflected her vision.

That Trophy even exists is a triumph—a symbol of Davis breaking free from her former self. But it’s also a powerful album in its own right, one that examines our relationship with desire, and what we’ll do to satisfy it. “I’ve been in places in my life where I’ve had some ugly sides come out, just because I felt like I wasn’t in control, ” she says of the title track. “It’s just about doing whatever it takes to win.” At other moments, Trophy feels like wish fulfillment, whether it’s a wish for love (“Cloud”), relief from sadness (“Daisy”), or a dream of a different adolescence. On “Dirty Teenager,” Davis depicts a college experience powered by Miller Lite and deli sandwiches that feels worlds removed from the halls of an East Coast jazz conservatory. In the music video for “Cloud,” Davis pals around with a band of skateboarding teens who smoke cigarettes, snuggle in the park, and play a rock show in a Brooklyn basement. Davis’s real-life high school years involved rigorous practice on the bass (she once got tendonitis), and being shuttled to rehearsals and gigs by her parents. Similarly, the music on Trophy is a far cry from the stuffy halls of a conservatory—its songs are sparse and straightforward, marked by chugging electric guitar and modest percussion. For the most part, Davis’ band holds back, leaving space for her lightweight alto. Trophy’s only nod to her classically-trained past is a swelling string section on “I Like Myself.”

In a way, Trophy is an amalgam of all the music Davis has loved behind closed doors—groups like The Smiths and Joy Division. Her voice is subtle and smoky, but without the vintage affectation she often adopted when she was singing jazz standards. Her mother wasn’t so keen on the change. “My mom at first was like, ‘What is this? I hate this. This isn’t nice, this doesn’t make me feel good. Why do you write sad songs? Why is it so dark?’ She hated it.” What’s most palpably different about Davis these days isn’t simply the music she plays; it’s the way that she carries herself—self assured and prudent, despite the adversity she’s faced for choosing a new path. In 2012, Davis was a speaker at TEDxPortland. Her speech compared her journey as a music student to the expedition of Lewis and Clark. Watching it, she looks nervous—not believing a word of what she’s saying. The woman sitting in the Brooklyn restaurant is entirely different: Poised, and earnest, and capable of prolonged eye contact. “I used to be so ashamed of this story,” she says, referring to her transition from precocious jazz student to indie rock auteur. “I was thinking about changing my name, I was thinking about trying to find a way so I could just be reborn.” With Trophy, Kate Davis has done just that.