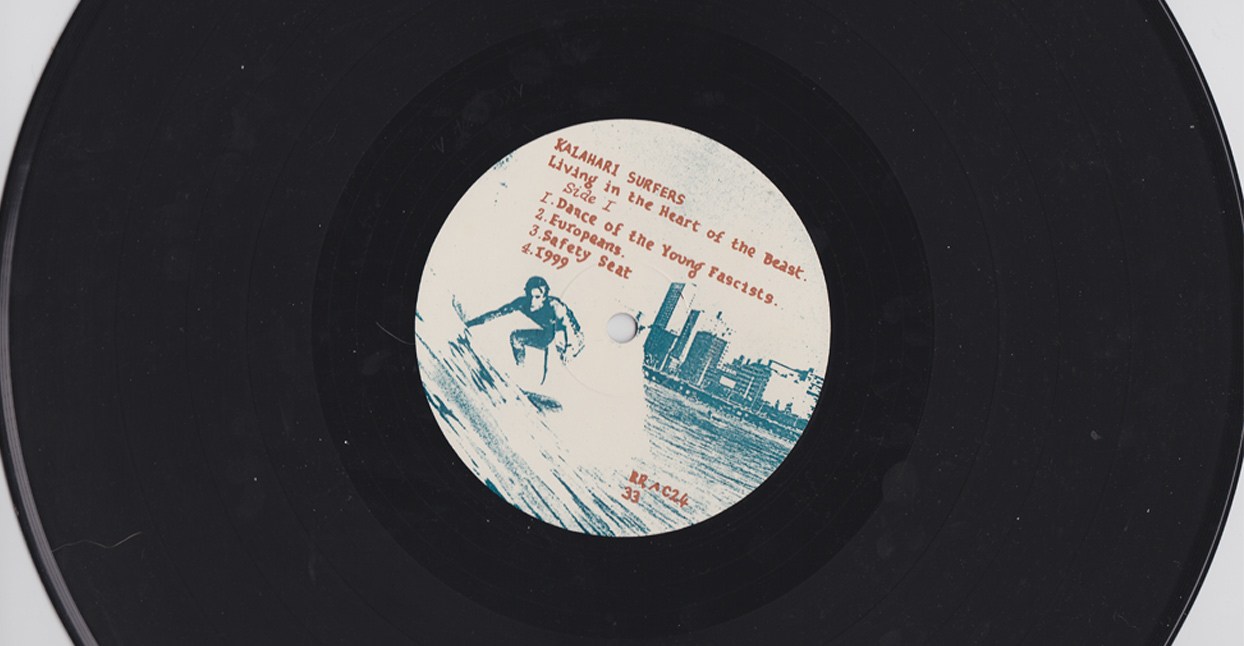 Born in apartheid South Africa, Sony’s white family was apolitical. “They came out of the post-war obey-your-leaders generation who didn’t like to rock a comfortable boat,” Sony says. But when he went to school in Durban, he found the Record King shop in Ajmeri Arcade, which imported LPs by everyone from Frank Zappa to Robert Wyatt to German minimalists like Faust. The band Can was especially important, Sony says, because they “played a European music which was as close to African music as one could get without being in any way obvious.”

In Durban, Sony also connected with the large Indian community, and became a Hindu pacifist. After being drafted into the South African army  in 1972, he fasted on water for three weeks in hopes of flunking the medical test. He didn’t, though, and ended up playing the drums and the B-flat horn in the army band. “I would sit in the barracks during the one day a week religious studies break and I would eat with the Jews, Seventh Day Adventists, and Plymouth Brethren,” he said. He changed his name from Swinney to Sony after his release, to make it harder for the army to find him.

Sony’s musical and political commitments came together on his first independent cassette, Gross National Product, in 1983. Released under the name Kalahari Surfers—again to put off the authorities—the album samples apartheid propaganda and cuts it up into bleakly acerbic soundscapes. “Scared of the Police,” for example, is a Steve Reich-like composition in which audio from an official addressing school children is manipulated, so that “Are you still scared of the police” is repeated over and over, a simple question becoming an ominous threat.

After that first cassette, Sony’s music incorporated new wave elements and more recognizable song structures. He continued to fiercely criticize the apartheid regime, though. On the 1988 album Sleep Armed, for example, the Marxism-inspired song “A Healthy Way of Life” mordantly declares, “Standing here like a tree / Waiting to work in a factory / Sweeping floors and making tea / What a healthy life for me.”

The South African regime responded to Sony’s criticism with a range of efforts at intimidation. “We were censored a few times at concerts, with police throwing teargas into a theater once, and at parties, as well as general scare tactics,” Sony says. “My sax player’s cat was killed and hung up at his front door, for instance. If you were black you got it far worse, of course.”

The government made some efforts to censor Sony’s albums as well. His 1989 release, initially titled Bigger Than Jesus, was pulled by the authorities on charges of blasphemy. The album included the spiky, acerbic “The Last Kick” which portrays the regime as an amalgam of sclerotic bumblers. But the real sticking point were songs like the title track, which combined samples of media covering the religious anti-Beatles controversy with a slow folk song about religious hypocrisy: “He was nailed to a tree for the good of mankind / Between you and me, he was wasting his time.” Sony appealed the censorship, and was eventually able to release the album with the name changed to Beachbomb.

The same year Beachbomb came out, Sony released End Beginnings with poet Lesego Rampolokeng. Interracial collaborations like this were somewhat rare in the recording industry, but were common at the time in theater, where “the most radical work was being done politically,” Sony says. The album is more sparse and beat-driven than his solo work, drawing on Sony and Rampolokeng’s shared love of dub, the Beat poets, and William Burroughs’s cut-up techniques.

After apartheid ended in 1994, Sony says he “could relax my content and concentrate on the form [instead of the message].” His 2002 release, Akaśic Record, is inspired by drum & bass, Portishead, Massive Attack, and dub.  There are still new wave touches, harking back to his earlier albums, but the deep distorted beats and tranced-out soundscapes could in most respects be the work of an entirely different artist.

Sony returned to more political content eventually, though; his 2010 album One Party State frames criticism of post-apartheid authoritarianism and corruption with fractured electronic soundscapes. “The ruling party see their majority as permission to carry on looting the coffers and, worse, to try to cement their positions into power, as did Robert Mugabe, with the one party state idea and where dissent is not tolerated,” Sony says. The song “A New Kind of Leader” is a woozy, quasi-martial absurdist dirge sampling boilerplate political praise. “He was a new kind of leader / He was a man of the people,” an announcer declares, as the music burps and farts.

Sony just completed his masters degree in fine art, on sound and social control in apartheid and post-apartheid South Africa. He’s planning to pursue a PhD examining totalitarian regimes, epsecially in Russia. And he’s working on getting more of his discography online, including a 2009 collaboration with Greg Hunter of The Orb, called Turntabla. After more than 35 years, Kalahari Surfers continues to treat music as a route to political education.