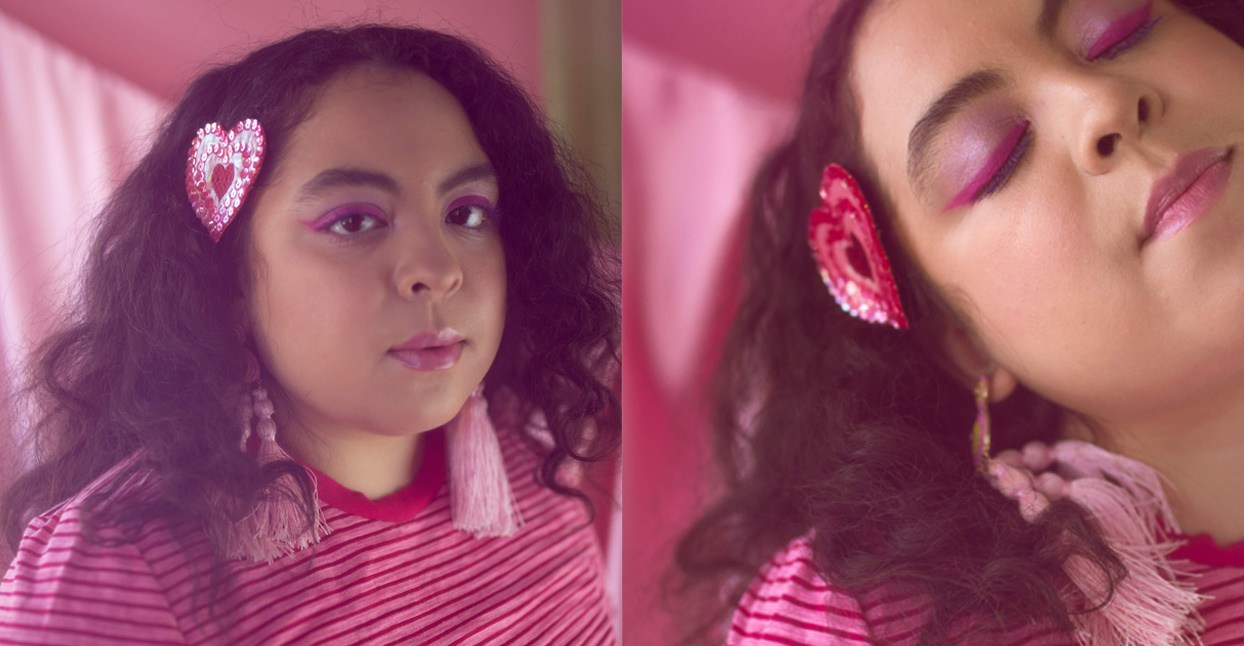 “I had to really go through it,” Kaina says. The 23-year-old singer may be peaceful now, but it wasn’t always this way. Kaina had to create her debut album, Next to the Sun, before she could find a lasting tranquility. “Pausing for a moment and allowing myself to validate my feelings and allowing myself to feel like I could share and not be judged—have the courage to be truly, fully honest with myself and the world,” she says.

The result is an album that crosses cultural and musical borders, a project equally beholden to her native Chicago and her Venezuelan and Guatemalan background. Next to the Sun takes the shimmering soul and R&B influences that defined Kaina’s first two projects, and surrounds them with salsa, bolero, and other Latin sounds.

As a singer, Kaina was a late bloomer. When she was nine, she auditioned at the performing arts school The Happiness Club. She was “shy,” so the artistic director groomed her to be a hip-hop dancer, a craft that helped Kaina “get out of [her] shell.”

Around 16, she got the push she needed when one of the staffers at the arts school wrote a song for her to perform. Around the time she was graduating both high school and The Happiness Club, she developed a passion for songwriting—which led to a stint at writing “bad poetry” and slamming at open mics. But gradually, her writing and performing became stronger, and she found her footing in the art world and music industry through internships with the literary nonprofit Young Chicago Authors, and musicians The O’My’s, Noname, and Jamila Woods.

During a stretch at DePaul University, Kaina released her first mixtape, 2016’s EP Sweet ASL, in collaboration with the Burns Twins and Bedows. Written from a handful of high school journal entries, the 12-minute project’s bright optimism turned heads. “It just took off a bit. I didn’t know how to process it ‘cause I was like, ‘This is so weird,’” Kaina says. She followed her debut tape with her three-song EP, 2018’s 4U, which showcased a slightly moodier side to her rosy disposition.

“I have enough energy to extend out to a lot of people upfront, but then when it gets to a place where it’s scary for me or too vulnerable, I close up,” she says. “I feel like 4U and Sweet ASL were like, ‘Here’s a taste of what I’m feeling but I’m not giving it all to you.’ It feels very classically me.”

On Next to the Sun, the biggest shift in Kaina’s songwriting is the way she places her identity at the forefront. Kaina takes us on a pilgrimage, one where she couples her exploration of her lineage and legacy with her study of Latin music. On “Ghost,” amid a haunting beat, Kaina searches for her voice, singing, “I couldn’t let it go.” On the title track, she plays Icarus, flying too close to the sun. Over a bolero-inspired beat, she sings about cycling through an emotional pattern that she might not be ready to break. The songs that follow—“What’s a Girl” and “Waiting On A Day”—lean on classic Chicago soul, blues, and R&B sounds. It’s here that Kaina begins to question that emotional cycle, finally beginning to come up for air.

Album standout “Could Be A Curse” boasts the album’s only feature—with Kaina’s close collaborator, Sen Morimoto. Based on a dream she had of them writing a song together in Spanish and Japanese, the song laments just how much it sucks to have a bad day. In the past, Kaina might have dwelled on the negative; these days she’s at peace with it. Or, as Morimoto puts it in the song, “You are not the sum of your fears.”

On the final song, the salsa-influenced “Green,” Kaina pulls the album’s disparate threads together. The song is an ode family—specifically to maternal energy. The song mirrors the moment Kaina is in right now: how she’s finding her way, as her mom did at her age in a new country, without blood family and—if you watched the Jean Deaux-directed video—building community around music and food.

“I had a wall but now I feel comfortable within myself and also comfortable with my audience to share like how I’m truly feeling about the state of the world,” Kaina says. “If you’re not allowing yourself to express all of the good and bad feelings, it’s really damaging sometimes.”

“It’s not sustainable to always try to be a vessel of good energy for people,” she concludes. “Everything I do is always with good intent—I just mean that I don’t need to act like I’m happy all the time. It’s OK to not be. That self-work is what pushed me to finish this.”