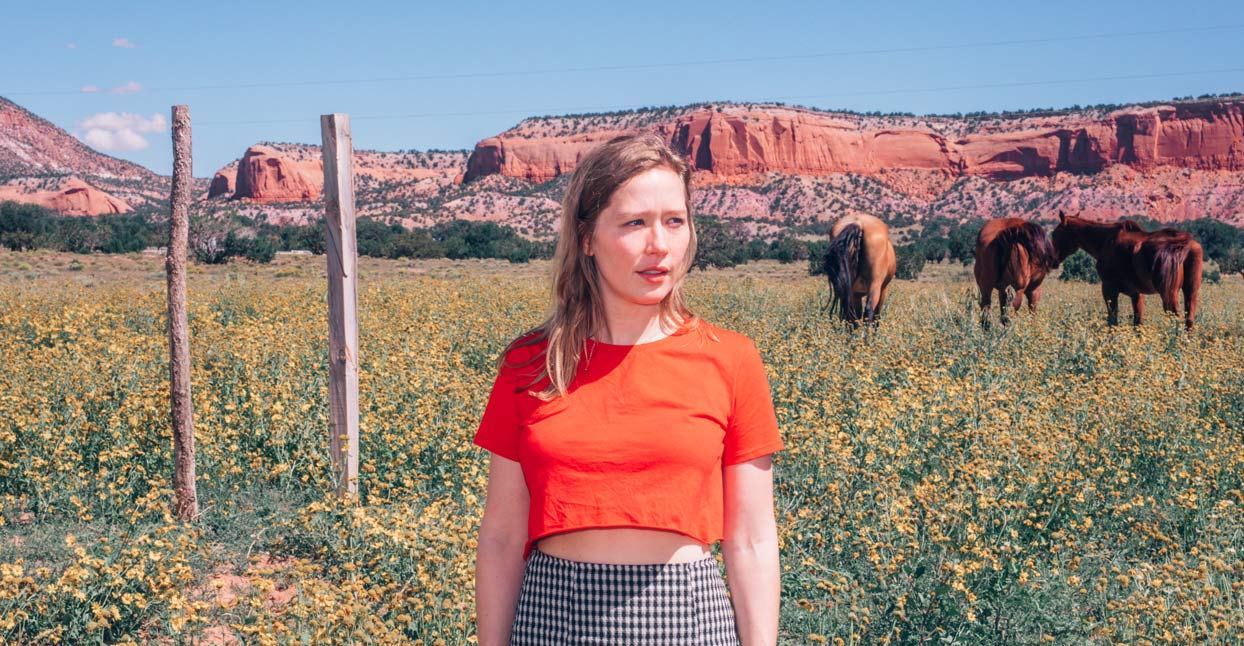 Two songs into her sophomore album, Crushing, Julia Jacklin stands up for herself. “I don’t want to be touched all the time,” she sings on the country-ish rocker “Head Alone.” Later in that same song, she powerfully reinforces that sentiment, shouting, “I’ll say it ‘til he understands / You can love somebody without using your hands!”

In a way, those lyrics function as a kind of statement of purpose: Jacklin describes Crushing as an album exploring “the power of communication and standing up for yourself.” That notion was on her mind while touring in support of her breakout 2016 album Don’t Let the Kids Win, so she wrote her follow-up about it. “As much as this was a traveling record,” she says, “I was more interested in the ways I was changing, and the ways that people in my life were changing as well.”

Across Crushing, Jacklin uses the touring lifestyle as a vehicle to explore ideas that everyone, whether they’re nomadic or stationary, can relate. The album deals with the growth that comes with time, the strength that comes from asserting yourself, as well as the fallacy of romantic ideals, the inevitability of feeling like shit after a breakup, and the agony of not having enough time to yourself.

Jacklin’s lyrics are often straightforward. On the melancholy “Don’t Know How To Keep Loving You,” Jacklin wonders whether she’s outgrown relationships that don’t have an endgame. As she puts it, “If this is not going to be the grand finale then, as young people, is it better to just cut your losses?” On “Body,” she realizes how time spent with a toxic ex made her unable to recognize herself (“I’m gonna leave you,” she sings, “I’m not a good woman when you’re around”).

And while Crushing deals with interpersonal relationships, much of it came from not wanting to be around people at all. “The themes of this album are about not having any time alone,” she says, recalling how touring hampered her ability to isolate herself. At the same time, though, “It’s a very personal record, but it’s also a dramatic interpretation of life—as is all art.”

Musically, the songs on Crushing feel even more exasperated, vulnerable, and aggressive than those on Don’t Let The Kids Win. Whether rollicking rock anthems or faintly rendered folk numbers, all of them center around Jacklin’s biting but melodic vocal style, which cuts through the wreaths of guitar and faintly twinkling keys. As a result, Crushing both sounds assertive and unignorable.

The album’s centerpiece is the roaring “Pressure to Party,” which builds an undeniable garage rock groove from overdriven power chords and Jacklin’s driving, insistent vocals. “That song is how ridiculous I found post-breakup advice,” she says. “Even if everybody’s gone through it, you’re just gonna feel really shitty for a significant period of time.” But the song’s cutting lyrics could double as a refutation of social norms about monogamy and socializing: “Pressure to party, gonna stay in / Nothing good can come from me drinking,” she sings, before adding, “Pressure to go strike out on your own / pressure to learn from being alone,” and “Pressure to not leave it for too long / before you find another heart where you belong.”

“I couldn’t find many songs that spoke to the absolute devastation of the end of a relationship,” she says. “We probably all go through these things, but touring accelerates and exaggerates relationships.” With Crushing, Jacklin has created an album that speaks to both personal struggle, as well as the difficult art of relating to other people. “Nobody knows what’s going on, and we’re all just clamoring in the dark,” she says. On Crushing, she’s learning to do that in exactly the way that’s best for herself.