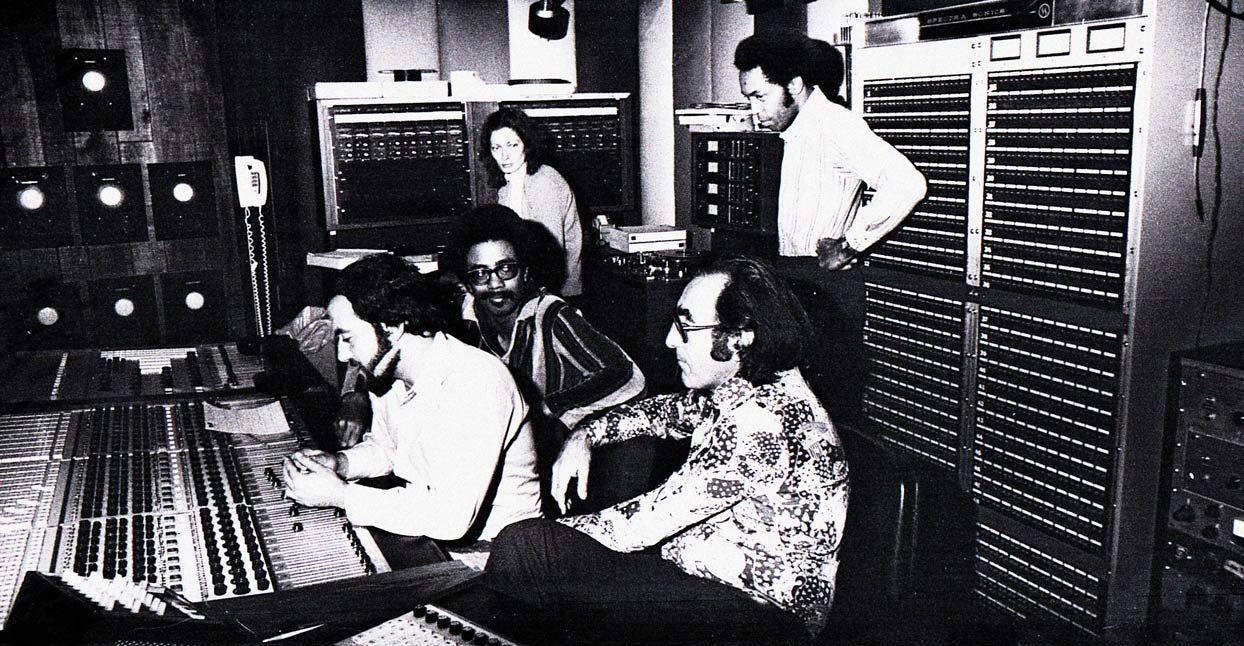 The story of Bob Shad is the story of a remarkable music magnate and marketeer. Shad’s name deserves to be spoken in the same breath as Clive Davis, Ahmet Ertegun, Estelle Axton and Jim Stewart, Leonard Chess, and Steve Rifkind—a man whose drive and ingenuity both outside the booth as well as behind the boards helped artists create defining records. Shad was as passionate about the art as he was knowledgeable about the industry, and his 40-year hot streak resulted in nearly 800 albums by artists like Sarah Vaughan, Janis Joplin, Clark Terry, and more.

Shad’s career was somewhat nomadic. He cycled his way through several labels, never settling in one place for too long. But it was with the founding Mainstream Records where Shad’s passion and ingenuity would shine. That creativity is captured and preserved on the new compilation, This Is Mainstream! Overseen by two of Shad’s grandchildren—filmmaker Judd Apatow and music industry executive Mia Apatow—the collection showcases some of the label’s strongest years, from 1970 to 1973.

“He said that he knew nothing about music, other than he loved it and he was going to make records and figure it out,” says Mia Apatow of her grandfather. “If there’s something you want to do, you’ve just got to go do it and hone your craft. That’s kind of what he did. He’d go out and listen to jazz artists, and he would say to them, ‘Hey, do you want to do a recording session tomorrow?’”

Shad’s life in music is an old-fashioned story of working your way up and learning as you go. Born Abraham Shadrinsky in 1920 in New York, Shad began his career as an industry player in the 1940s at labels like National Records, Savoy, and Sittin’ In With, which he founded with his brother Morty. In various roles, Shad worked with blues and jazz legends such as Stan Getz, Peppermint Harris, Dizzy Gillespie, and Charlie Parker (Judd Apatow has claimed that it was Shad who got Parker his union card). In the 1950s, the ever-wandering Shad enjoyed stints on labels like Decca, Mercury (developing the company’s Emarcy jazz label), and his own Time and Brent imprints, counting Sarah Vaughan, Cannonball Adderley, and Dinah Washington among his many collaborators.

Primarily a purveyor of jazz, Shad kept company with the sharply dressed stars who defined the era’s modish grooves. Still, scanning his list of credits, it’s clear that he was perceptive enough to recognize a new era was brewing. In the ‘50s, rock ‘n’ roll became the sound of a generation. So Shad evolved too, supervising early rock and pop acts like The Platters and Patti Page.

He even crossed paths with a teenage doo-wop group from Long Island called The Jades. Through a connection with Shad’s daughter Tamara, the band hustled a recording session. Among the members who turned up in the studio that day was a teenage Lou Reed.

In 1964, with two decades of experience under his belt, Shad founded Mainstream Records in New York. For someone who had previously never managed to stay still, the label would prove to be his defining venture.

“All he wanted to do was record artists and be in the studio. That’s how he spent his life,” says Mia. “Working for Mercury was great, but maybe it wasn’t enough for him. He just wanted to do more and more and more.”

The early years of Mainstream were largely focused on on jazz, easy listening, and particularly acid rock and psychedelia. Massachusetts band The Tangerine Zoo released two albums on the label in 1968. Mainstream was also home to The Orient Express, The Underground, and The Tiffany Shades, among others. Then there was Big Brother & The Holding Company, fronted by a 23-year-old Janis Joplin. The band’s self-titled album dropped on Mainstream in August 1967, prompting Columbia to buy the group out.

Despite these successes, the amount of money it took to break rock stars was a concern for Shad. So he returned to roots. When he relaunched Mainstream in 1970, he shifted his focus to soul, blues, and especially jazz, sensing a heightened interest in the genre thanks to the popularity of artists like Miles Davis. The label, in fact, was one of the few during this period still dealing in acoustic jazz.

“The horizons of the audience have definitely widened, and jazz is taking up a great deal of that slack,” Shad said in a 1971 interview. “The rock musicians are really playing a form of jazz when they solo today, and the audience is aware of Coltrane and Rahsaan Roland Kirk.”

Many Mainstream sessions took place in the Record Plant in New York, a large studio with a casual environment, which set its artists at ease. Overseen by Shad, who was often backed up by trusted arranger Ernest Wilkins, Mainstream’s music felt live and unprocessed. Unlike most of the big-ticket acts of the day, Shad kept his sessions short, sharp, and, it must be said, inexpensive.

“When we did sessions, [Shad] would book a three-hour block and the studio, and we would actually do a half an album in three hours,” says Carmine Rubino, head engineer at the Record Plant at the time. “Over two days, we’d record an album. The musicians were pretty well prepared before we went in. All the arrangements were written. It was very exciting, because at that time, there was a lot of rock ‘n’ roll bands that would spend six, seven months in a studio. There was always something exciting about doing the live takes with all the [Mainstream] musicians. And the funny thing is that at the end of the session, you knew what you had. You knew what the record would sound like, you didn’t have to wait five months.”

Mainstream offered a new home for one of Shad’s old Mercury collaborators, the great Sarah Vaughan, who released four albums on the label between 1971 and 1974. But Shad often leaned on unknown artists whose sound he simply liked. Shad’s preference to roll the dice on new talent is the way Jack Wilkins’s debut album Windows came to pass. The guitarist had worked with Paul Jeffrey on his 1973 record Watershed. Shad liked the way Wilkins played, so he asked if he wanted to cut his own LP. After two days over at Record Plant, the six songs that make up Windows were in the bag. It was a simple as that.

“It wasn’t like a big budget production of strings and orchestrations and 10 million great players and all that—it was just simple recording,” Wilkins says. (The New Yorker doesn’t appear on new compilation This Is Mainstream! but Windows was reissued in full by Wewantsounds last year.) “Mainstream had a lot of great players on their scope. That’s what made them such a great record company, they had great players on it.”

This Is Mainstream! is a microcosm of the label’s enterprise. Shad’s focus on jazz is evident on songs like the Hal Galper’s soft jam “This Moment” and Pete Yellin’s snaking “Bird and the Ouija Board.” Elsewhere, Saundra Phillips delivers a swaggering performance on the rum punch funk jam “Miss Fatback,” while Shad’s past relationship with rock is hinted at in December’s Children’s minimalist wig-out “Livin’ (Way Too Fast).”

Shad closed Mainstream in the late 1970s to pursue a new career in film production. He died at home in Los Angeles in 1985. Today, Judd and Mia Apatow work to protect and preserve their grandfather’s legacy. A big part of this conservation effort has been Wewantsounds, who oversees a number of reissues, including the recent release of Alice Clark’s self-titled LP.

Judd Apatow finds ways to pay tribute Shad in his film work. In the music comedy Walk Hard, co-written by Apatow, Craig Robinson’s character is named Bob Shad. In The Cable Guy, Jim Carrey memorably sings over Charlie Parker’s “Salt Peanuts” while beating up Owen Wilson in a restaurant bathroom. The song, of course, is a Shad production.

“We wish we knew more about him and talked to him about this music more when we had the chance,” says Mia Apatow. “And now, we pay tribute to him by showing respect to the work that he did by placing it in movies and TV shows—finding ways to keep his music alive and reintroduce it to people who can find it for the first time and appreciate it.”