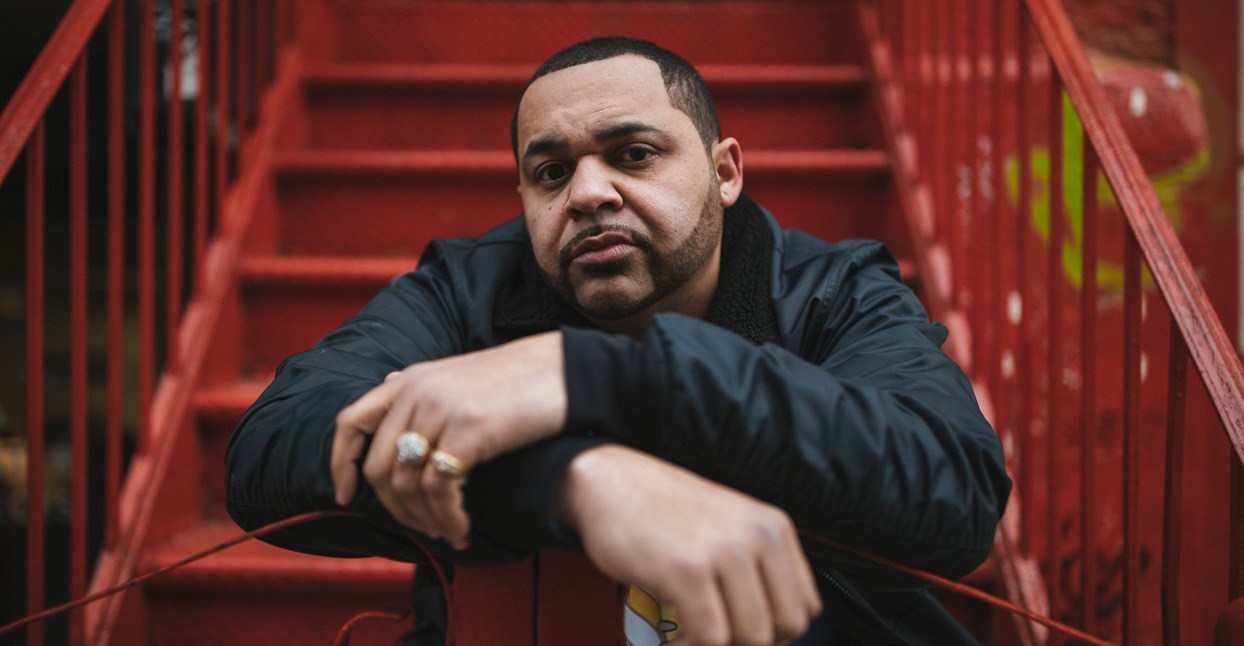 As the start of a typical work week, Mondays have a notoriously bad reputation. But what if we thought about it differently? What if we looked at Monday as an opportunity to begin again?

For veteran MC Joell Ortiz, that’s what Monday, his latest solo album, is all about. “People have such a bad energy attached to Monday,” he says. “I wanted to change the narrative. Monday can also be the start of something—the start of something fresh. On this record, I’m talking about some things I’ve wanted to talk about for a while. Getting some things off my chest. Clearing the air. It’s also playing on this idea like, ‘Hey, it’s Joell again. I’m back at it. Back to work.’”

Monday marks Ortiz’s second collaboration with celebrated indie hip-hop label Mello Music Group; the first was with producer Apollo Brown, on 2018’s Mona Lisa. For Ortiz, working alongside Brown and linking up with Mello came at the right time in a successful career that’s spanned over two decades.

“Mello does such a good job of figuring out the things that work for you and your brand,” he says. “I can make the music I want to make and just turn in my album. It’s not a situation where there’s an A&R looking over your shoulder trying to steer things. I think that’s the way art should be. Once you start putting certain people in the room who aren’t creatives, it messes with the paintbrush.”

Ortiz came up in the midst of New York City’s burgeoning 1990s rap scene. During the first half of the 2010s, he released multiple solo albums and was part of the rap supergroup Slaughterhouse (with Royce da 5’9”, Joe Budden, and Crooked I); they eventually disbanded due to creative differences. On Mona Lisa, Ortiz looked inward, speaking from the perspective of a hip-hop elder statesman. On Monday, he explores this trajectory even further. “I’ve seen a lot. I’ve heard a lot. I’ve lived a lot,” says Ortiz. “The things I’m choosing to talk about change. This is not 21-year-old rappity rap Joell. This is a mature father and husband that still loves making music. I try to keep it honest. I’m becoming a new person, and [Monday] is me talking about that.”

At 12 songs, the album is succinct, propelled by Ortiz’s upfront rapping style and beats from multiple noteworthy producers including Nottz, Heatmakerz, J.U.S.T.I.C.E. League, and Apollo Brown. On “Anxiety,” Ortiz describes the onset of a nervous breakdown. “Screens” questions smartphone dependence while also celebrating Ortiz’s childhood in Brooklyn. Produced by and featuring Big K.R.I.T., “Learn You” is a standout track about fatherhood. The penultimate song, “Momma,” which features vocals by Blakk Soul, is a dedication to Ortiz’s relationship with his mother. While Monday has multiple heartfelt moments, there is still plenty of room for braggadocious, hard-hitting lyricism (“Captain,” Champion,” and “Before Hip-Hop”).

“Music has always been my therapeutic tool,” Ortiz says enthusiastically. “I’m talking about everything on here. Anxiety, screens, the relationship with my mom. I thought it would be cool to tell fans exactly how I felt in the moment. And, you know, reflecting and looking back is how I get to talk about the stuff I really want to like the streets and how I came up. That’s where I’m from, but I’m not going to lie and say I’m still on the stoop ‘cause I’m not,” he adds with a chuckle.

In the immediate future, for Ortiz, it’s all about trying to connect with people through this particular album. “Monday is about things that have happened to me, but I know other people can relate to them,” he says. “This is for somebody to hear ‘Anxiety’ and go, ‘Oh shit, even Joell went through that.’ This album is for the person who might not have the best relationship with their kid, but they’re realizing it’s not too late. These are some of the ideas I wanted to drive home. Hopefully I can change somebody’s perspective. Maybe not their entire life, but maybe they can look at something through a different lens.”