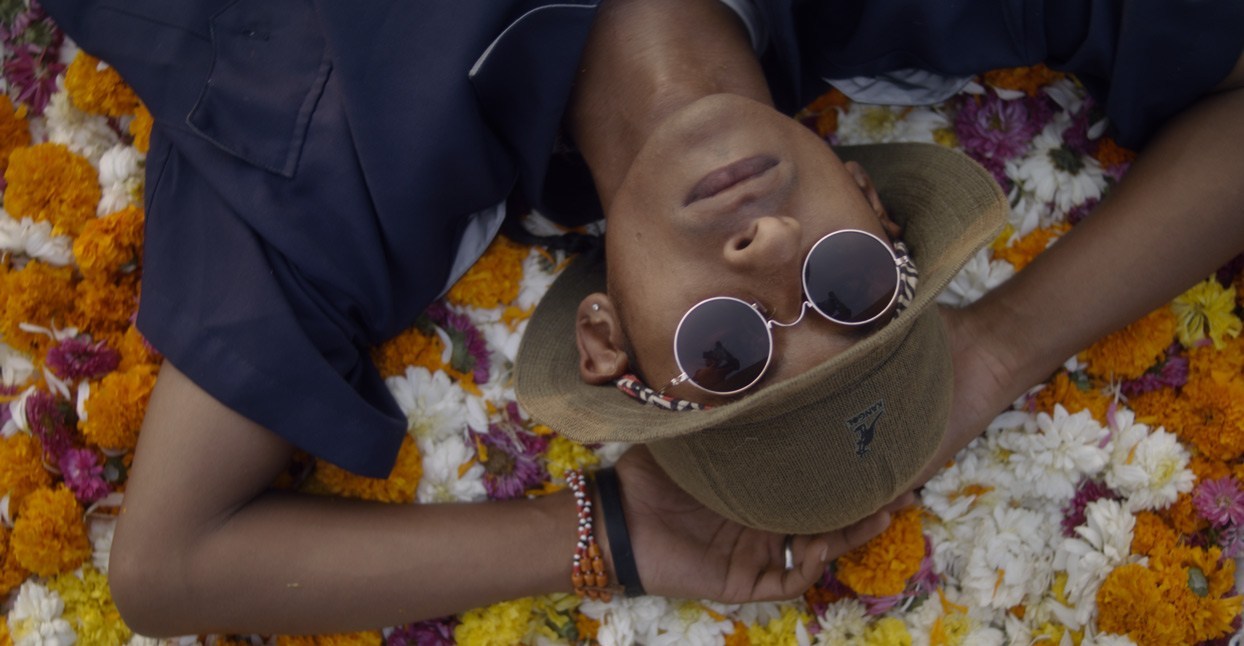 Jitwam’s life story feels like it was written on an atlas. He was born in India and grew up in Australia; after university, he traveled through Africa, Asia, South America, and lived in the U.K., before relocating to New York City in 2017. But once he got to New York, he realized that he had a problem. At the time, he was unable to legally work in the United States—meaning that he was living in one of the most expensive cities in the world with no way to support himself. Self-doubt and stress quickly began closing in. But if there’s one thing extensive travel will teach you, it’s that the difference between an obstacle and an opportunity can be a matter of perspective.

“There’s a beauty in being broken down to your core elements,” Jitwam says, speaking from his home in Brooklyn, “because when you build back up, you’re building from what you actually feel strongly about. New York was that for me. Being literally shattered to the core, and from that, asking how does one want to approach one’s life?”

For Jitwam, the answer was simple. “[Music] was the only asset I had to my name. I’ve always been doing music—that’s just, like, a mental health thing. But actually releasing it and becoming an artist—that came about out of necessity.”

Motivated by that necessity, Jitwam experienced an explosion of creativity. In the two years he’s spent navigating Gotham’s hustle, he’s released two EPs and two albums, developing an inventive sound that blazes new trails, even as it connects him to his Indian roots.

“If I was to look at the great Indian composers—R.D. Burman, Bappi Lahiri, Charanjit Singh—they’ve always infused the hip sounds of the day into their traditional Indian music,” he says. “And that’s why Indian music is so futuristic to me! I think I’m in that lineage of being a fusionist, being a mixologist. Someone, that means taking ideas from contrasting styles and puts them together.’”

Jitwam takes a stream-of-consciousness approach to songwriting, not unlike a ‘60s Beat poet. His subconscious weaves unique tapestries of sound while his ego and super-ego sit back and nod along. Through this process, his songs organically become a collage of every genre that has made enough of an impression on him to stick in his brain. He fills the spaces in Detroit house with beat scene-influenced bass, sings R&B vocals with a punk rock sneer, doses neo-soul synths with psychedelia.

On his latest release, Honeycomb, Jitwam alternates between the roles of bedroom producer and bandleader. Where his past work tended to build genre-agnostic tunes atop house or beat scene foundations, Honeycomb’s live band sound operates more explicitly in the soul, funk, and R&B spheres. There are vocals on every track—something new for Jitwam—and it can be tempting to read the album as a change in direction, one that focuses on a single specific sound rather than the freeform “mixology” that’s been Jitwam’s calling card to date.

But that, too, is a matter of perspective. “Nothing’s changed. I’m still doing the same shit, honestly,” he says. “The only difference is that with practice, you get better at doing it. Being able to play my instruments a lot better has allowed the sound to open up more.”

It becomes clear what he means after just a cursory listen to his new songs. Rather than in-your-face experimentalism, on Honeycomb he’s subtly marrying elements of various genres to create something that sounds fresh on an almost subliminal level. Drums are mixed in a way similar to the sound of L.A.’s fabled beat scene. The way the bassline swings around the drums on “temptations” gives its otherwise funk-heavy elements a distinctly hip-hop flavor; the sparkly, ambient flourishes that float through the high end of “trustt” could just as easily garnish a house track as one of Flying Lotus’s bizarro beats.

To Jitwam, the record is an exploration of those insights that a shift towards a microcosmic perspective can offer. Standout track “busstop” delves into this explicitly, exploring the rich spectrum of human experience on display in something as mundane as public transport. “[Honeycomb] is about the everythingness of all things,” he says. “No matter how tiny an object might be, if you were to place the right lens, or the right viewpoint on it, it could open up a whole infinity.”