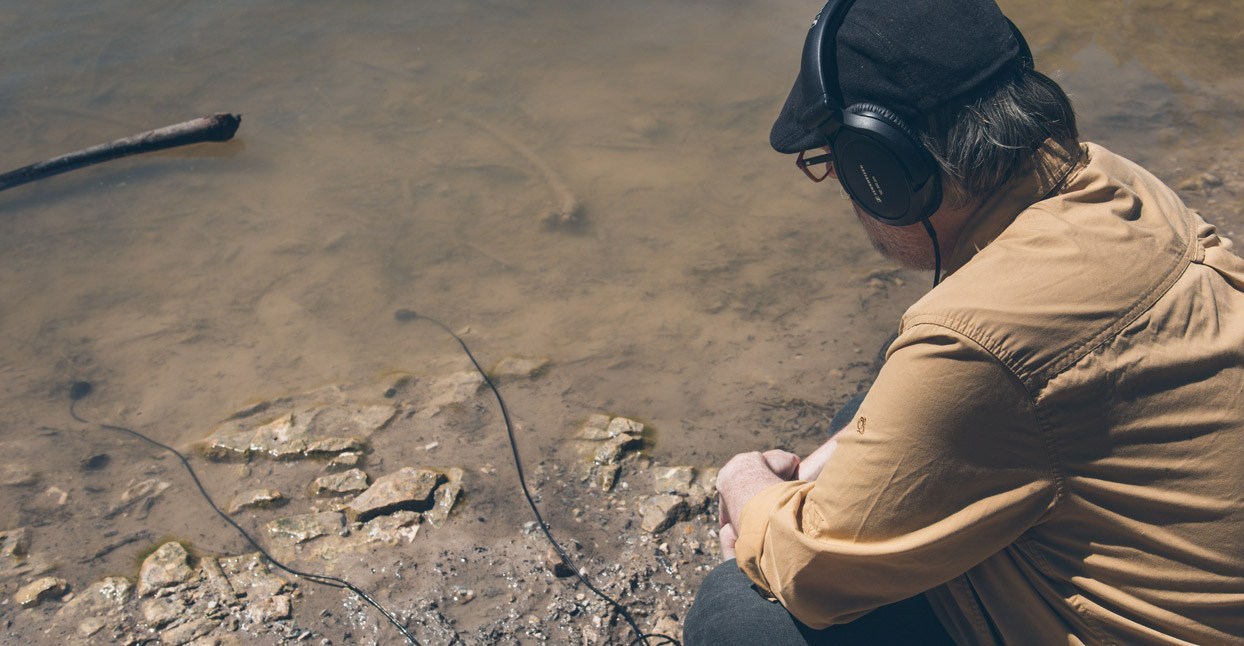 Yorkshire-based field recording artist Jez riley French (the r is, indeed, lowercase), now in his 50s, has spent most of his life paying close attention to the world around him. Beyond his own recorded work, French has curated the Engraved Glass label, runs workshops, and has given lectures on his artistic practices. When asked if there’s anything he wishes he could’ve done differently, and whether he still has any long-term goals, his answer—at once a self-deprecating admission of regret and an acknowledgement of life’s brevity—gives insight into the sort of person he wants to be: He says that he wishes he could have spent “more time with loved ones”—he didn’t always “do [his] best for them.”

And so when French talks about his future, it’s not surprising that much of what he longs for involves interpersonal connections. “I suppose all artists hope to have some sort of legacy, but really all I want is to be around to see [my daughter] Pheobe grow and develop, to be a good dad and friend as long as I can, to be of use to other artists if needed or asked, and to keep having the strength to challenge what needs to be challenged.”

Pheobe riley Law is an artist, too, recently back from an Erasmus term in Denmark and currently studying in Newcastle. She and her father have worked on multiple projects together, and French says that “she’s working more and more with movement, film, and sound.” Their collaborations have led him to being more “flexible” in his use of materials, and “hyperaware of the interactions” between their respective practices.

All aspects of French’s life connect back to his art. He’s impacted more by the time he spends with his daughter, or just “sitting somewhere, watching and listening to life” than he is by any particular musician or artist. As a result, the respect that French has for field recording—something he prefers to call “located sound”—makes sense: in the same way that his personal and work life are intertwined, his albums are the result of him seeing field recording as a bridge between art and life itself.

His work is a labor of love. He knows that he can’t force anyone to spend extended periods of time listening to any given sound, but he doesn’t let that fact discourage him from making the sort of field recordings that he wants to make. He’s committed to his craft, going as far as creating his own microphones. That, too was born out of a personal experience: When he was a teenager, he used a guitar mic and portable cassette recorder to capture the sound of a zither playing in a park; when he played it back, he realized that “there was all of this sound that we couldn’t hear with our naked ears.” And so, during the late ‘70s and early ‘80s, he began making contact microphones. A few decades later, he started building hydrophones; other types of microphones eventually followed.

French’s microphones were initially created for himself and his friends, but he eventually began selling them to people worldwide. He wanted to “let others access the very wide frequency range” of his c-series contact mics. To date, they’ve been used by artists like Chris Watson, Ryuichi Sakamoto, Sigur Rós, and Imogen Heap; they’ve also been used in acclaimed films (Gravity, Blade Runner 2049), television series (Planet Earth II, Game of Thrones), theater productions (The Book of Mormon, Wicked), and video games (Call of Duty, Star Wars).

For French, hearing any given sound requires a humbling of the self—an awareness that no one is above or distinct from the surrounding world. He says that people sometimes want to “invent nature”—they sometimes try to capture sounds that they want to exist, instead of what is actually present. While French isn’t against the idea of post-processing (on (ghost) owl, for instance, he utilizes software to show how the power of control can lead to the rewriting of narratives), he’s fonder of depicting sounds in a way that feels untainted by human imposition. 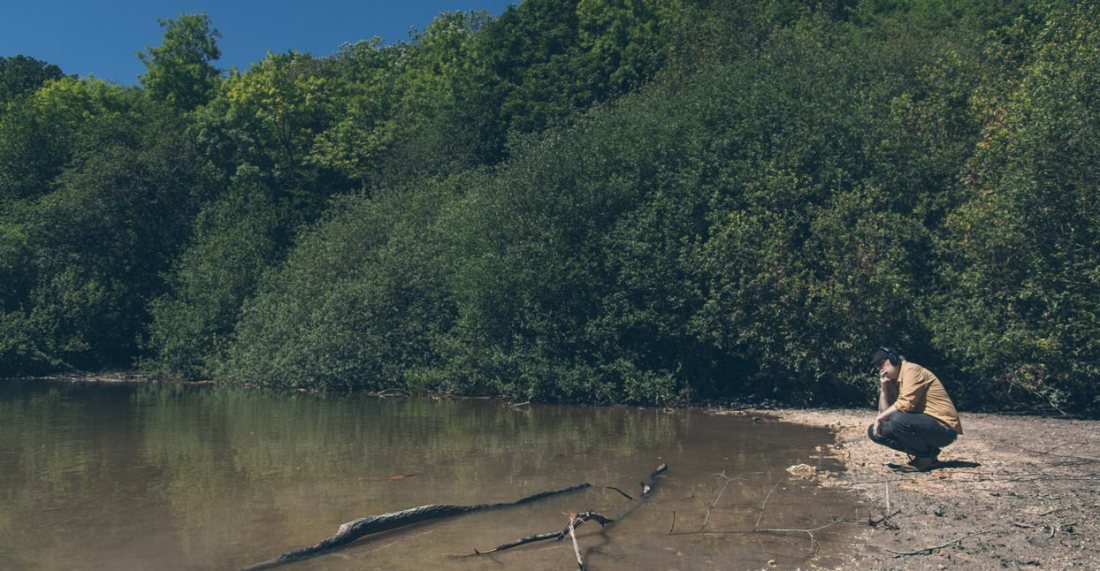 With the aid of various devices, French spends time listening to “sounds we can’t normally hear.” On last year’s salts | adagios, he captures what he calls “audible silence” by taking contact microphones and geophones and recording the resonances of recording halls. The result was a series of feather-light ambient tracks that exuded a soft mystique. Hearing them, you begin to notice sounds that could only be heard through the aid of technology, and gain an appreciation for the aural qualities that define an architectural space.

“I enjoy sitting very still and listening to a place, a structure, or a situation for several hours,” French says. He has a particular love for durational listening, and two upcoming releases on his label make that abundantly clear. One is an archive of Tate Modern recordings that will be released in August. It’s an accompaniment to an earlier “headphone-based soundwalk” that was commissioned by the institution. French says that he spent “several days and nights” alone in the museum. “This is what I like to do,” he says, “to become embedded in a space or environment.” Listening to the recordings—which amount to more than seven hours of material—it’s not hard to become transfixed by, or at least incredibly familiar with, the depth of sound that characterizes the museums. French’s other new release is even more ambitious: Entitled ísland|archives, it features 13 hours of recordings from Iceland, not to mention a 52-page photobook and text scores—written by his daughter.