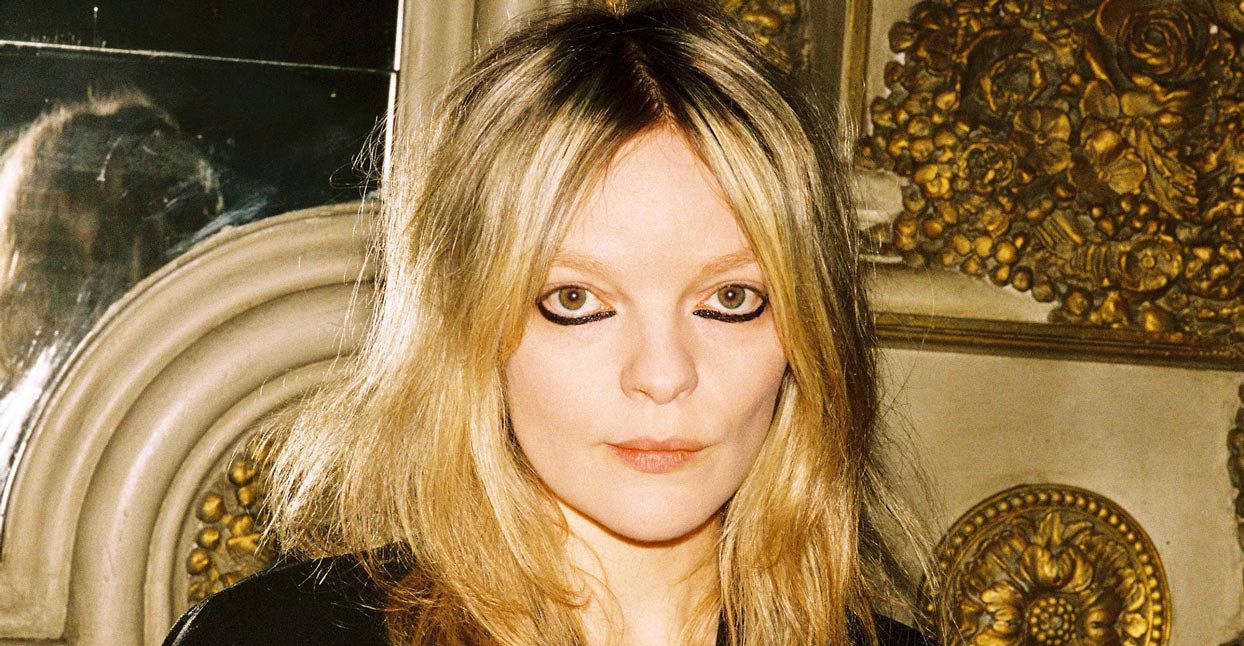 Jessica Pratt agrees that her album title, Quiet Signs, perfectly summarizes her latest collection of feathery, melancholic folk songs. But the album’s “alone at the microphone” feel was purely accidental. “It was absolutely not intentional,” Pratt says from a rest area near Eugene, Oregon while on tour with Kurt Vile last December. “I was envisioning it as a fuller project… but in the end, I feel like the record is dominated by an atmosphere of silence.”

Pratt was raised by her mother and great grandmother in Northern California, and they instilled in her a belief that “reality is malleable.” “It was just accepted that reality is not just as it appears,” she says. Pratt’s songwriting is guided by that philosophy; she soaks up memories—bits of her own life, scenes from movies or songs—but she never really knows what will surface when she sits down to write. Sometimes, the memories come back incomplete, or contain tiny threads of information that need to be worked out, like a crossword puzzle. On Quiet Signs, many of the songs were pieced together from fragments of dreams.

“I’ve always remembered my dreams, and I’ve always kept a dream journal,” she says. “Whatever subconscious process is involved with dreams, the information that I receive from them is very much related to the way I make music.”

That source material gives the album a kind of “fairy tale” atmosphere. While her previous release, 2015’s On Your Own Love Again, was dense and kept to a familiar folk cadence, Quiet Signs floats between refrains that are alternately witchy and angelic. On “Fare Thee Well,” those extremes collide, Pratt’s voice traveling like an airplane through a kaleidoscope of hushed guitar melodies and gentle thrumming bass like it’s gliding in and out of the clouds. A layer of organ and flute in the final minute of the song shifts the focus away from her voice, which drifts away like a distant lullaby.

Quiet Signs, though, is as much about reality as it is the daydream. A majority of the songs are about failed romantic endeavors or overcoming events in her personal life that Pratt says changed her. One of those moments, which Pratt says reawakened her creative impulses and became the catalyst for Quiet Signs, was meeting her current boyfriend and bandmate Matthew McDermott. “It was a very impactful new romance that helped me get out of a period of inactivity,” she says. “I was definitely not doing much. I wasn’t writing very seriously. It kind of jumped my brain again.”

Before meeting McDermott, Pratt was very much a solo practitioner whose musical world was shaped primarily by her own influences. She never imagined that would change, but when she moved in with McDermott—whom she describes as “a music obsessive”—he, too, became an important influence. “I feel like we had a very collaborative relationship while I was writing the record, which was new for me,” she says. “I would send him whatever I was working on, and we had this interesting back-and-forth where I would gauge his reaction. I came to realize that he was an excellent barometer, and we always agreed—even if I wanted it not to be true.”

But it wasn’t just McDermott’s skills as a barometer that Pratt found useful. Pratt says he quietly gauged the musical elements that were taking shape in her music and began curating the songs he would play in her presence—he sent her a ton of Brazilian music while he was on a trip to the country. “That was a big thing, at least in reference to this record,” she says, and the quiet influence of Tropicália can be felt on songs like the quiet, waltzing “Here My Love.” And while it may seem like a minor detail, Pratt says it helped her overcome some of the anxiety she had about soaking up other sounds and referencing them in her work. “I can get paranoid about what I listen to, especially if I’m listening to new stuff,” she admits. “I’ve learned that the way my brain works is that I’ll hear something, maybe a few times, and then months later it’ll come out and I’ve actually referenced it. So it was nice to have this other person playing things so that I didn’t have to think about it all that much.”

If you listen closely, you can hear some of those distant references. “Opening Night,” the dazzling one-minute-and-change piano arrangement that kicks off Quiet Signs, is named after the 1977 John Cassavetes film (Pratt and McDermott saw it in the early days of their relationship). But for all of the new influences on Quiet Signs, there’s no mistaking that the final product belongs entirely to Pratt, who has managed to channel a host of reference points to create her own distinctive work. The result is a moody, mystical record that suggests that letting go might be Pratt’s best weapon.