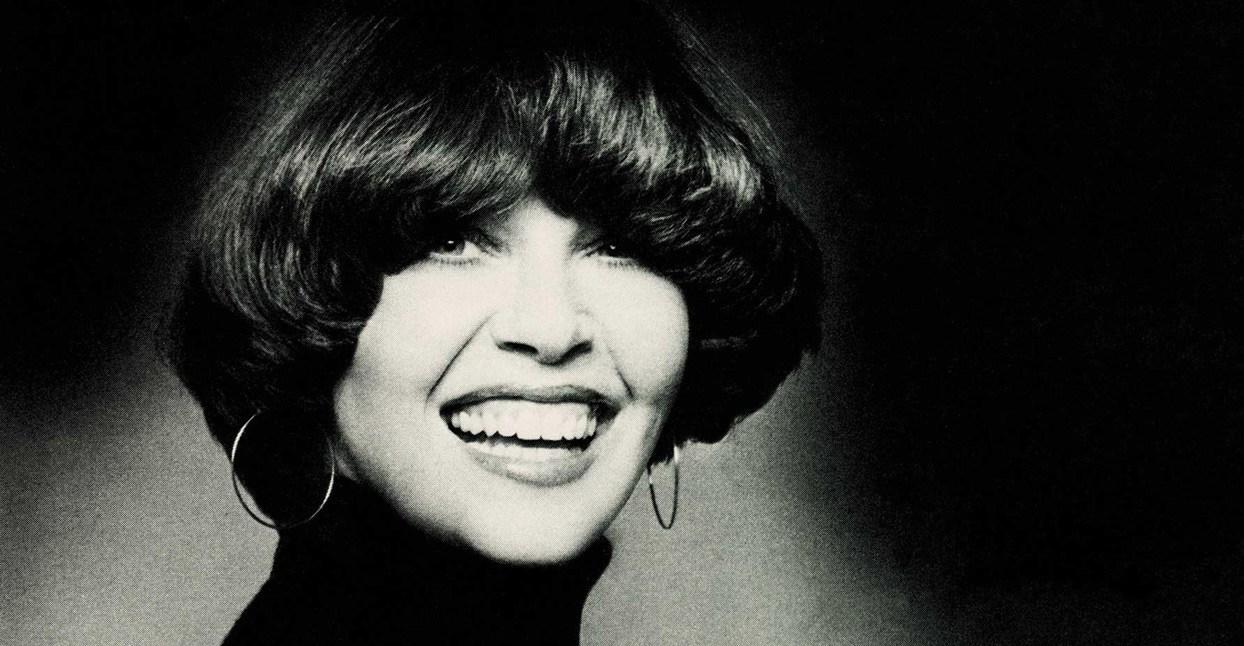 Jaye P. Morgan was a true celebrity of the postwar era, a jack-of-all-trades entertainer who set up residency in the pop charts during the 1950s with her glitzy big band numbers and swooning ballads. She was a fixture on American TV screens, too, appearing in a string of variety shows and even helming her own twice-weekly showcase, The Jaye P. Morgan Show, on NBC in 1956.

But 20 years later, Morgan was ready to leave her former self behind. In the mid-‘70s, she entered Sound City Studios in Los Angeles and, flanked by some of the city’s greatest session musicians—as well as a hungry young songwriter/producer named David Foster—forged a pop-R&B album that would mirror the smooth, sophisticated sound that had recently become fashionable.

It was a creative renaissance every bit as dramatic as David Bowie’s transformation into Ziggy Stardust—the serene Morgan reborn as a blazing funk chanteuse. She even titled the record Jaye P. Morgan, as if to assert that this sonic switcharoo was representative of her true self. But when the album dropped in 1976, it was met with muted reception, and soon slid into obscurity. Now, the Paris label WeWantSounds is giving Jaye P. Morgan a much-needed reissue, rescuing a lost classic and filling in a gap not only in the careers of Morgan and Foster, but Los Angeles pop music history as a whole.

The path to Jaye P. Morgan was laid before she had entered grade school. Mary Margaret Morgan was just three years old when she started performing alongside her siblings as The Morgan Family. She is said to have picked up the nickname Jaye P. in high school, when a stint as class treasurer found her likened to the famous banker. By the mid-‘50s, the singer had established herself as a solo star, releasing dozens of singles and collaborating with vocal legends like Perry Como.

Her recording career trailed off during the 1960s, when she focused on acting and performing in nightclubs instead of logging hours in the studio. In 1970, she released What Are You Doing The Rest Of Your Life, a set of mostly elegant compositions with some light funk elements and shades of soft rock. There was little to signal the taut, slick grooves that would define her self-titled album six years later.

Enter David Foster. Today, the writer/producer is revered as one of pop’s key producers and songwriters, logging hits for Michael Jackson, Madonna, Whitney Houston, Barbra Streisand, and more. But in 1976, Foster was a 27-year-old kicking around L.A., looking for a job. Led by Joe Gottfried, who served as Executive Producer on the album, Jaye P. Morgan became Foster’s first full-blown production—a chance to distinguish himself that he leapt at.

“We were taking chances, man,” says Graydon, speaking over the phone from L.A. “We were using hip chord changes when pop music really didn’t have hip chord changes. We were starting to change the rules. From about 1974 to the mid ‘80s was the last golden era of really melodic records. You had to be a great player. Our musicality, man—we got away with jazz chord changes on pop songs, but with memorable melodies.”

Morgan fully embraced the groovy sound of the group she was working with and had great conviction in what she and Foster were creating together. “I was really in shape vocally, when I recorded [Jaye P. Morgan],” she told writer Alan Mercer. “I thought I could do anything I wanted to. Also, I had a lot of confidence in [Foster] as a producer.”

Foster’s ingenuity in the studio was apparent even then. Graydon remembers working on “I Fall In Love Everyday,” a song he wrote with Harry Garfield that opens Jaye P. Morgan. After Graydon played a guitar solo, Foster announced he wanted to pair it with a synth sound, which was a more complicated process back in the mid-’70s than it is today.

“I was into synthesizer—still am,” says Graydon. “I had an ARP 2600 and we programmed a sound that worked well with guitar. But I said, ‘David, how are you going to do all those? The way the pitch control works, it’s not so friendly.’ He said, ‘No man, it’ll be fine.’”

That kind of soulful pairing of different sounds results in an album packed with color. The parade of instruments—organic drumwork, melodic keys, gentle guitar licks—recalls the word of Quincy Jones or Stevie Wonder, creating arrangements that are rapture for the ear. Songs like “I Fall In Love Everyday” and “Keepin’ It To Myself” are bouncy, up-tempo numbers with snappy choruses. “It’s Been So Long” is a sumptuous ballad, and the killer licks of Earth, Wind & Fire cover “Can’t Hide Love” inspire a smoky vocal from Morgan, who transforms fully into a badass funk queen.

So why did the album flop? It’s a mystery to Graydon, who is unsure of the business behind its release. According to WeWantSounds, the album was pressed privately and never received proper distribution.

While Foster’s career entered the stratosphere, Morgan’s output became increasingly infrequent. Instead, she returned to television, infamously getting fired from The Gong Show for flashing her breasts twice. Seven years after the release of Jaye P. Morgan, she released another solo record, Lately!; a joint album with Kaye Ballard titled Long Time Friends followed in 1995. Now at age 87, Morgan has been retired for a number of years, and lives outside of the public eye.

Now, some 43 years later, her opus is finally available for reappraisal. Jaye P. Morgan is an important record—an essential part of the David Foster origin story, a glimpse at the imagination of L.A.’s session musicians in the ‘70s, and a showcase for the ferocious side of a great American entertainer that Morgan had not revealed before or since.