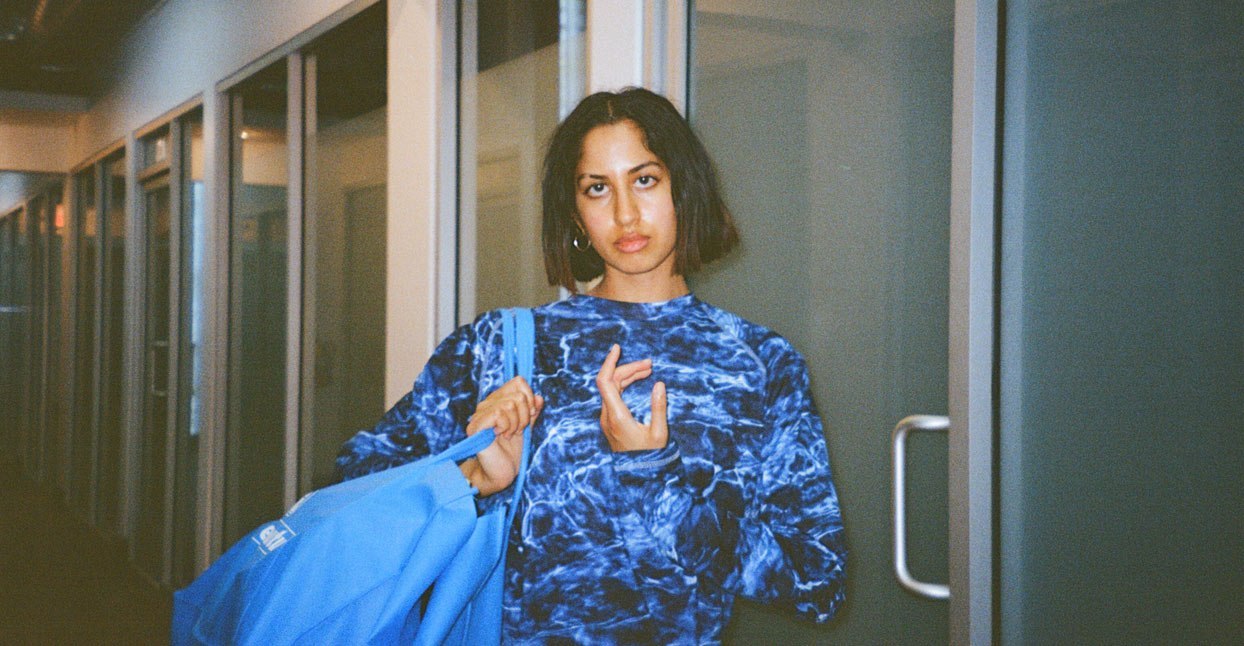 On her debut EP XOskeleton, Jasper Lotti creates a soundtrack for the anxieties of the digital age, threading lyrics about connection and disassociation through pop melodies and rhythms that are as captivating as they are nerve-wracking. It’s a sound that Lotti has dubbed dys-pop or “dystopian pop.” But while many works about dystopia focus on totalitarian powers and cities in ruin, on XOskeleton, Lotti considers a more personal, existential type of imprisonment.

“It’s not like we walk out and see buildings set on fire and stuff like that,” she says. “It’s more of an identity-based dystopia in a society where we have multiple versions of ourselves: living in social media, living in different conversations on WhatsApp and iMessage. It’s dystopia in this confusion of, ‘What’s the real me?,’ that identity crisis of, ‘Is there a real, true version of myself?’” In her music, these questions of self and identification tiptoe along the line between intimacy and depersonalization, passion and indifference.

Throughout XOskeleton, Lotti surrounds the easiness of her reverb-veiled lead vocals with harmonies that hover somewhere between effortless and removed. In her production, Lotti contrasts steely rhythms with hypnotic beats and catchy, poppy hooks. Cold, digital throbbing and plinking surrounds evocative lyrics in which Lotti yearns for genuine interpersonal connection. “I just want to watch you watching me, I just want to touch you touching me,” she sings on EP closer “Touch U (Find a Way Pt. 2).” On gothic dance track “Idea of Me,” she asks, “Do you love me or do you love the idea of me? You don’t know me, you don’t know the real me.”

Lotti remembers asking questions about her “real self” from an early age. Growing up in a working-class immigrant neighborhood in White Plains, NY, she spent the majority of her formative years bouncing between different music and dance classes, including Hindustani singing, Bharatanatyam dance, and gospel choir. At the same time, she fell in love with pop music—songs like “Lucky,” the 2000 Britney Spears song that sneaks the story of an alienated and depressed pop star between upbeat hi-hats and chimes.

Despite her lifelong love of music, when she graduated, she decided to become a doctor. It was while studying pre-med in college, repelled by the inner workings of the medical industry, that her questions of self and purpose came to a head. She decided to abandon medicine and make music full-time, teaching herself Ableton and writing and producing her own songs.

“Music was the only consistent thing in my life,” she said. “It just kind of found me when I was in my darkest place, and I accepted that hand reaching out.” She created XOskeleton over the course of about a year, moving between Maine, where her family now lives, and Los Angeles.

For all of its weighty, existential subject matter, XOskeleton asks its questions with a smirk, offering a darkly humorous outlook on humanity’s slow dehumanization. Standout track “Ur So Vague” has an upbeat, R&B-heavy pop melody, and its hook is so catchy it nearly obscures the song’s slightly sinister chorus: “You’re so vague/And I like that/In your head/And I like that/Can’t figure you out/and I like that.” Faced with a person that is fully disconnected, Lotti takes a different tack—flirting with them.

“I want to embrace the dystopia because there is some kind of warped beauty in it,” she says. “You can’t know yourself until you’ve lost yourself, and when you’re in this environment of confusion, there’s the potential to find the truest version of yourself because. That’s really beautiful and the most positive take on it. I think that’s what will help humanity.”