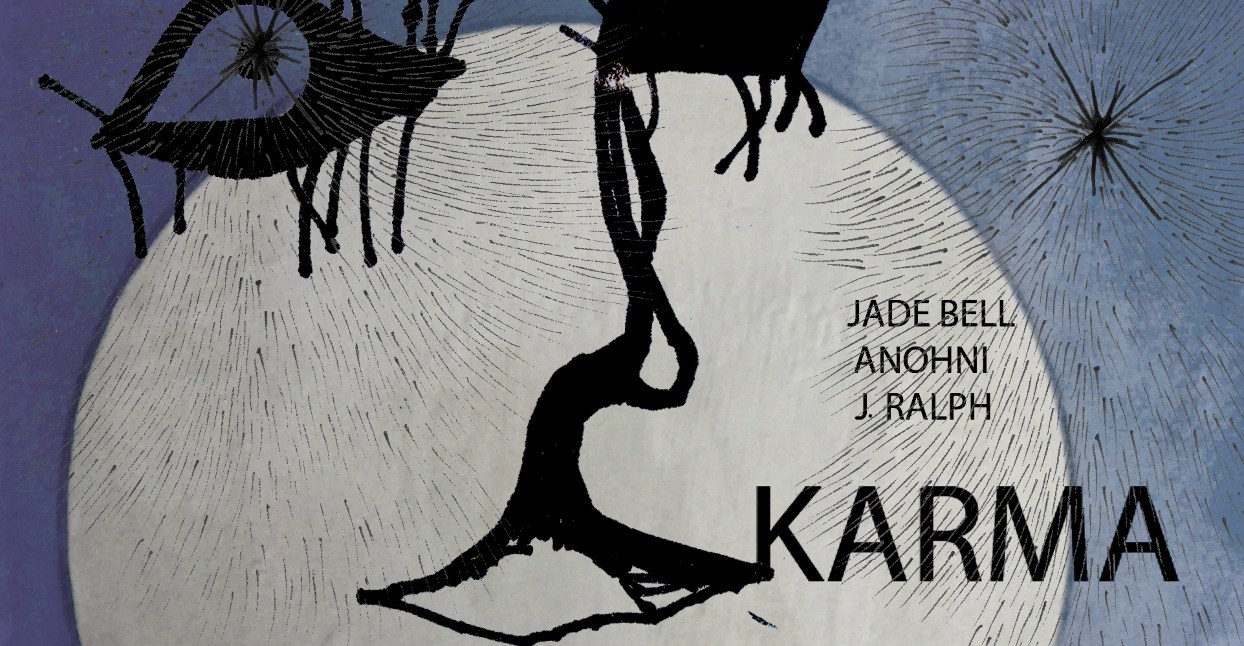 Today, Jade Bell, Academy Award-nominated composer J. Ralph, and ANOHNI have released “KARMA,” the proceeds from which will benefit Jade’s Kids, a non-profit organization founded by Bell to help creatively inspire young people. One of the organization’s keystone programs is the Salty Rock Music Recording and Mentorship Program, which gives youth in the Southern Gulf Islands the opportunity to record their songs professionally, empowering them through creativity.

The roots of Jade’s Kids are deep and personal to Bell. In 1997, a drug overdose left him both blind and immobile; in the years that followed, he began making presentations on the dangers of substance abuse to students across Canada. In 2008, Bell formed the group Blind Focus, pairing his poetry with folk and blues arrangements. Last year, Bell reached out to ANOHNI, who was so moved by Bell’s story that she and J. Ralph began writing “KARMA,” the lyrics to which are drawn from Bell’s original poetry.

“Jade is so great, and his work reaching out to kids is having a real impact,” says ANOHNI. “Living in the world today can be tough. So many more kids, as well as adults, across the world are addicted to painkillers and pharmaceuticals that can kill us so easily It wasn’t hard to to get behind someone with as much guts as Jade, who is helping young people to reach for creativity instead of heroin or fentanyl. Please buy the single, and donate whatever you can afford to support Jade in his service to the community. I did it as a way of connecting to and caring for others as part of a larger family. You can too.”