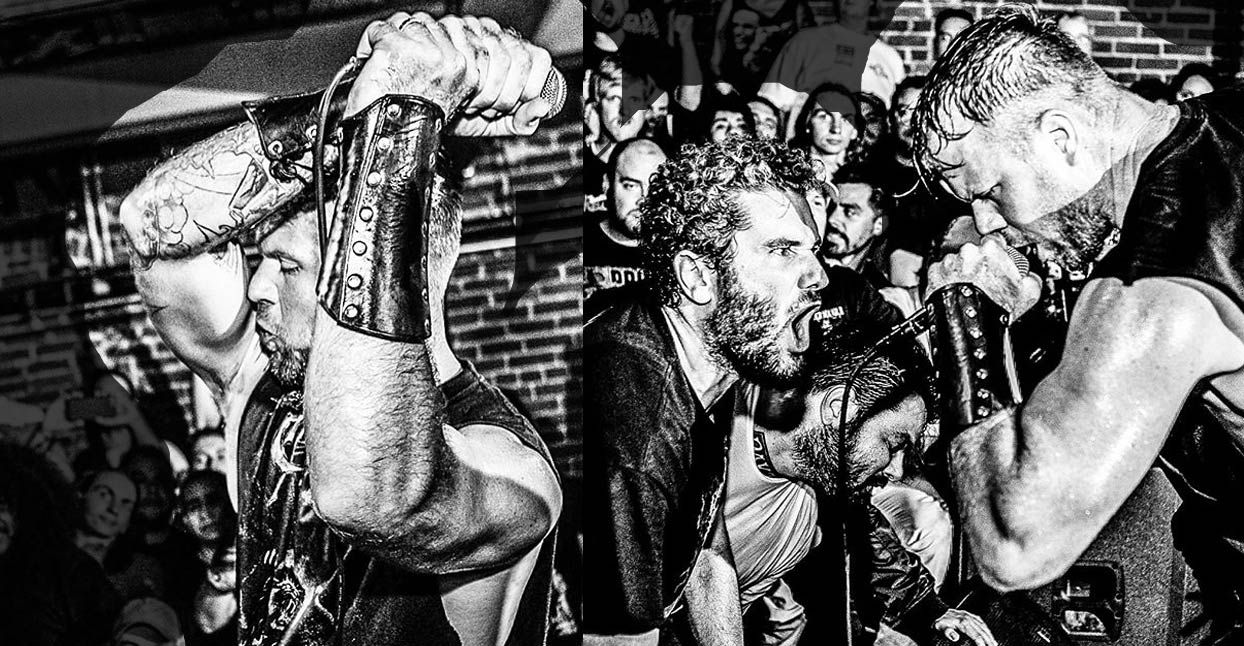 At the midpoint of the 2000s, American hardcore punk had hit an interesting mark. Having been around for 25 years at that point, the genre was being led by a generation too young to have witnessed the scene at its genesis, but old enough to feel connected to its lineage. A newfound appreciation for both the history of hardcore and its initial simplistic short-fast-loud blueprint catalyzed the revival of the classic ‘80s Southern California sound; bands like Richmond, VA’s Direct Control, Austin, TX’s The Snobs, and Toronto’s Career Suicide dominated the scene by injecting a contemporary energy into the original barebones format.

Iron Age stood out a little bit from this scramble of retrospective bands. Formed from the remains of the straight-edge band Far From Breaking, the Austin-based unit paid homage not to the West Coast in the early ‘80s, but to the merger of hardcore and metal that came out of New York City later on in that decade. “We knew we didn’t want to be a modern hardcore band that says they’re influenced by New York hardcore from the ‘80s but really sounded like they were from the ‘90s,” says Iron Age guitarist Wade Allison. “We drew as directly from our influences as we could while putting things together in our own way.” Constant Struggle, their debut LP, was released by Youngblood in 2006; it combined the roar of pioneering Bay Area thrash bands such as Death Angel and Testament with elements of the misunderstood sophomore full-length efforts by two of New York’s hardest: The Cro-Mags’ Best Wishes (1989) and Leeway’s Desperate Measures (1991).

The 7-inch EPs following Constant Struggle revealed a band holding fast to their roots while experimenting with influences from beyond punk, such as the B-side to 2008’s The Way Is Narrow: an on-point cover of the opening track from Satori, the 1971 album by Japanese proto-stoner rock legends Flower Travellin’ Band. When Iron Age unleashed their second full-length, The Sleeping Eye, the following year, the release made it evident they were a band confident enough in their own skin to fly the flags of all of their influences, and forge ahead into a sonic terrain all their own.

“From a stylistic side, going heavier, more epic, and more atmospheric meant the music was informed by a broader range of influences—whether that be from the various strains that evolved over the decades in the Black Sabbath lineage or from bands like Venom, Bathory, Celtic Frost, and Sodom, or from more epic bands,” Allison says. ”We wanted to make bigger, heavier, more substantial music with a stronger sense of its own atmosphere.”

The six-minute opener “Sleeping Eye Of The Watcher” sets the tone for the album’s sweeping landscape, beginning with a dizzying collage of clangs and drones which abruptly dive into an engaging throb of a track. Buzzing with Allison’s stinging leads, the noise gradually fades into trance-inducing chants, which then leads into the rumble of the next rack, “Dispossessed.” Iron Age’s growth on The Sleeping Eye is most apparent in its pacing, and in frontman Jason Tarpey’s newfound range as a vocalist. Interspersing solemn, synth-driven drone pieces like “Materia Prima” throughout the eight tracks adds a menacing vibe to the proceedings, similar to the conceptual form of progressive rock records of the ‘60s and ‘70s, while Tarpey’s performances on “Burden Of Empire” and “A Younger Earth” show him turning his patented hardcore bark to a dramatic yowl, similar to that of Neurosis’s Scott Kelly.

Sadly, The Sleeping Eye would be the final full-length the band would release before grinding into indefinite hiatus in 2011. A majority of the members formed the powerviolence group Hatred Surge, and Tarpey concentrated on his sci-fi/fantasy-inspired metal project, Eternal Champion. But luckily, the 20 Buck Spin label has released a 10-year anniversary edition of the album, to reinvigorate ears to the revolutionary force the band held not that long ago.

Ten years since the release of The Sleeping Eye, Allison still feels the album to be a strong effort from both himself and the band. “I’m a psycho, so there will always be small things I wish we could have pulled off differently that no one on earth would ever notice or care about,” he says, “but I think we got across 95% of what we wanted to say in exactly the way we wanted to say it, and I’m happy with that considering our ambitions.”

Both the record and the band are considered crucial factors in the worldwide revival of crossover and thrash metal being currently helmed by bands such as Helsinki’s Foreseen, Washington D.C’s Red Death—and fellow Austin group Power Trip, whose vocalist Riley Gale said two years ago, “Power Trip wouldn’t be the band we are without Iron Age.” A break from hibernation in the past few years found the band performing at esteemed hardcore festivals as California’s Sound & Fury, Florida’s FYA Fest, and most recently Hardcore Hell in Brooklyn. “To my mind, everything about those gigs in Brooklyn made the experience a high point of our existence,” Allison says. As to the band’s plans? “Right now, we’re focused on getting The Sleeping Eye reissue out,” he says. “We’ve been working on new music for a long time, and have been able to put a little more energy into that of late. We’ll see what the future holds.”