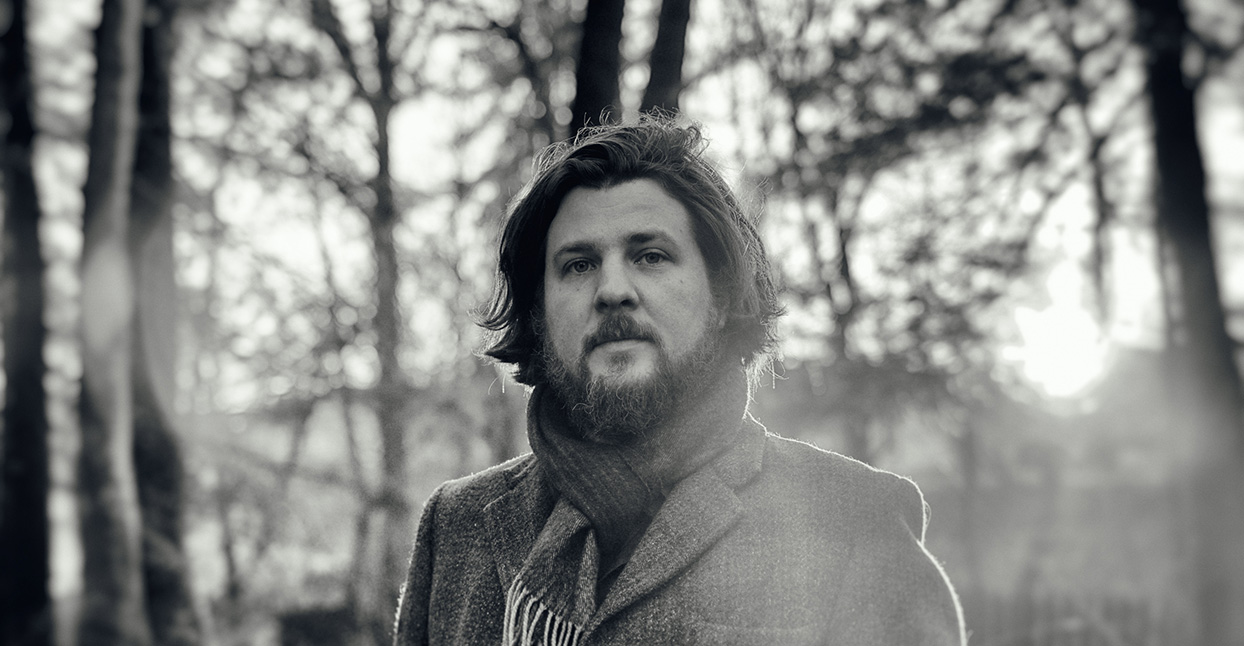 One of 2015’s most restorative records was Ecstatic & Wingless: Bird-Imitation on Four Continents, ca. 1910-1944, a wooly bundle of .wavs pulled from 78s featuring men and women from the first half of the last century making bird sounds. Among the exhortations you’ll hear: Abdu Waheed’s stubbed-toe screams, which don’t sound much like a bird at all; Charles Kellogg’s full-bodied bird sounds; and Monsieur Alexandre de l’Alhambra’s uncanny valley chirps, set to music reminiscent of another “bird,” Charlie Parker’s “With Strings.”

There’s a twisty story of the record itself, put together by musician/researcher Ian Nagoski of Canary Records. The sounds came from 78s of people imitating bird sounds he collected over the past few years, then digitally restored and uploaded to Bandcamp. Tanuki Records found the digital files and produced a limited cassette release, packaged with extensive liner notes.

Ecstatic is just one of many recent releases from Canary, a label whose focus is “early 20th century masterpieces (mostly) in languages other than English.” In the past month alone, Nagoski has put out six releases, everything from middle Eastern meditative music, to 90 minutes of peckish noise recorded in a Newark, Delaware basement. These records feel fresh and relevant. There’s a sense that Nagoski’s label knows what obscure sounds will grab contemporary ears.

A native of Wilmington, Delaware, Nagoski’s career has been a celebration of termite art at its most gnawing and hard-to-shake. Amanda Petrusich devoted quite a few pages of her book on 78 collecting, “Do Not Sell At Any Price: The Wild, Obsessive Hunt for the World’s Rarest 78rpm Records,” to Nagoski’s knowledge and personality. Most recently, he’s worked with Google to help send a recording of a nightingale into space. And separate from all that, Nagoski has released a number of haunted drone records and CD compilations of great music of the past. Meanwhile, his early involvement in Baltimore record store True Vine still looms large over the scrappy city’s sinewy experimental music scene.

We spoke with Nagoski about birds, people imitating birds, and beautiful bird sounds being sent to space. Because birds.

At what point does a record you enjoy or are interested in become a research project?

As soon as I get a record that I like, or I know that I like, I want to know what it is. And the more I like it, the more I want to know everything about it. I’ve used the metaphor over and over again: it’s exactly like falling in love, where you just want to know everything about the person, and then you want to go around and tell everybody about how great they are. It’s almost the identical process discovering music. Sometimes it happens like the very first time you meet or hear it, and sometimes it takes years of repeated exposure and slowly you begin to realize, “Oh, you’re really different, you’re really something.”

How did the work that would become Ecstatic & Wingless begin?

I’ve tried to remember and I don’t recall exactly, but I know that I kept running across these old recordings of people imitating birds—in the 19-teens it was a popular thing. Most of them are a bird imitator accompanied by a pianist or cellist playing some sentimental song and they’re not good. But just the fact that it was a human being imitating a bird seemed exotic. Then when I ran into ones of people imitating birds unaccompanied, I was like, “people being animals, this is amazing.” I thought, “I’m going to hold onto this and turn it into something some day.” So that’s what happened over time. Then about five or six years ago, I was really down the rabbit hole [doing] Middle Eastern research and dealing with all the genocide, human exploitation, suffering, exile, and displacement, [a bird imitation records compilation] was this sideline, back-of-my-mind project. Something nice and pretty that didn’t involve apparently, all that suffering.

How do you accumulate records these days? Are you still going to people’s homes and so on?

Not so much going to people’s houses in the past few years anyway. But yeah, just digging through piles of records. Could be somebody’s basement. A pile of records shows up at a thrift store. I lived in North Carolina for a while and there is great store, Harvest Records in Asheville. I made friends with the owners and they said, “By the way, we have 5,000 78s that no one’s ever been through. We don’t know what’s in there, would you mind taking a look and seeing if there’s anything valuable? We think there might be.” One of the purposes of doing that was because I knew that was the kind of leftover crap that probably lead to finding some animal imitation records.

That ties to something I’ve heard you say before: That the 78s you’re interested in are not really the “rare” or “collectible” ones, but often the stuff that nobody cares about.

Nobody wants these animal imitation records. They’re junk. There’s a record of a bird in particular, of a nightingale, that has become important to me. It was recorded in 1913 in Bremen by a man named Karl Reich, an important figure in bird recording for a number of reasons. He had a couple of very odd projects. There’s a recording of a nightingale that he made that is literally everywhere. I don’t know how many copies it sold, but you could go on a Ebay right now and buy a copy for five bucks. That record is now being included in a permanent art installation on the moon that is going up next year. I’ve done a lot of work on Karl Reich. But that record is junk. Nobody cares about that.

But it’s going on the moon?

Were you the one that chose the nightingale recording?

We had a conversations about what to pick, and I initially wondered if maybe they wanted a canary song. There’s a lot of aspects of canaries that are interesting to me, but it became clear that nightingales were right in a number of ways: Nightingales sing at night when the moon is out. And they are also this important metaphor for love and creativity, and for musicality and inborn genius. Nightingales are the best singers in the world period, hands down, no question. What comes out of them is so incredibly complicated; most bird songs are really a few sounds thrown together [and] that’s kind of it. Nightingales go through these permutations and they’ll keep singing them all night long. Their song is just incredibly beautiful; it just pours out of them like Mozart or Charlie Parker or Ornette Coleman. It’s just this endless spilling forth and creativity and love and devotion. But we don’t have them in the Americas, and they didn’t have them in Australia and New Zealand, so there’s this massive body of literature and poetry about nightingales—Sappho, Homer, Shakespeare, Milton, Keats, Shelley, Byron. Tons of stuff about nightingales. But before this 1913 recording came out, a huge part of the English-speaking world and many languages for that matter, hadn’t heard nightingales. There was no other way to hear it. This was the first time that the nightingale song was able to be transmitted around the world through recording.

Do you have favorite bird imitations on Ecstatic & Wingless?

Margaret McKee is just staggering. Like, every time I listen to her, there’s so much detail. She’s really special. At the beginning of this era in the teens, the end of what historians call “the long 19th century” [roughly 1789-1914], there was still this sense that nature is God manifest, beauty manifest, perfection manifest and listening to birds as the ideal kind of music. Overlapping with that is a lot of things tied to entertainment. One thing I really like is that women were allowed to whistle in public for the first time around then and it’s like a brand new cultural movement. It’s like a brand new thing. And then women were able to go to arts school dedicated to whistling, like the California School for Artistic Whistling run by Agnes Woodward. Two great whistling stars came out of that school. One is the woman who whistles in the first six Disney feature films, whose name I can never remember because she is not credited, and the other is Margaret McKee. She is maybe the greatest virtuoso as a whistler. She toured all over Europe. She made something from this extraordinary skill. She must have been something to see.

And I’ve developed this obsessive relationship with Charles Kellogg. He was so famous. He was a huckster and a showman, he was full of shit and he was brilliant. And when you listen to him, the record is so silly because it begins by him telling us that he physically has a bird’s larynx. Bullshit. He apparently could emit ultrasonic frequencies at such a high amplitude from his throat that he could put out a flame. It was the closing part of his act. He could put that fire out with his voice. A lot of his bird imitation is not whistling. Most of it is him singing from his throat through his nose with his mouth closed. He’s like Captain Beefheart-level amazing. Just this brain that’s so far out from his historical place and time. And those records are hilarious and virtuosic. But not as detailed as Margaret McKee.

Can you describe the process for getting these 78s onto Bandcamp and onto cassette?

Get the record and wash it. Record it playing onto a CD burner in mono with some light equalization. Put it on the computer as a .wav. Then I use a program called Isotope RX and do noise reduction and in some cases very fine hand-editing—if a record was stored without a sleeve for 75 years and it’s got a little “pop” or scuff, that sound will appear for six rotations at 78, and you’ve got to go in by hand and pull it out. Then it goes to Bandcamp as .wavs. For the cassettes, I just send the .wav files over Dropbox and then we usually reorder them to fit well onto the side of a tape and then they send me the tapes. I have never listened to the tapes I just assume they’re fine.

I just fucking love discovering something beautiful I’ve never heard before, and I love the immediacy of being able to share it on Bandcamp like 24 hours after having first heard it. One record I recently put out, Mid-Eastern Meditations, by Dr. James K. Sutherland, I had never heard the guy’s name before. I put it on and was like, “He’s like one of the best oud players I’ve ever heard in my life. Holy shit!” I started looking and there was nothing on Google except as a reference to a lecture in 2003 by a music researcher.

I now know the whole story of this guy’s life and I have this virtuoso record. That’s amazing. Within less than a week, I had this whole thing up and it was selling. And it’s free to hear. I put the liner notes up so you can read them for free. If you want a copy for yourself, you can download the exact fucking .wav files that I uploaded—so you can have the best version. You could actually take those .wav files and keep working on the restoration. This guy wanted his story told and I was able to tell this whole story. I love that immediacy.