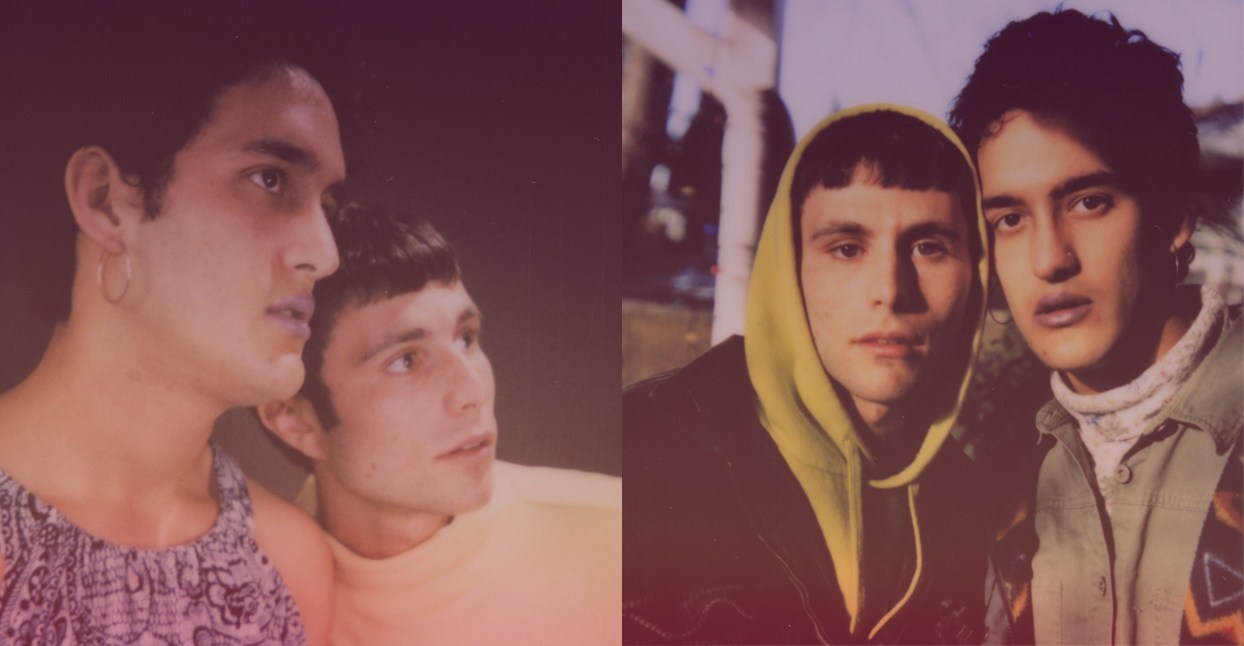 Honey Oat have only been a band for three months but its members, Janak JP and Gabe Stout, have been working together for nearly 15 years. “Listening to music together and experiencing music together is an integral part of our creative process,” says Stout. “It’s something that’s bonded us over the years.”

Stout and JP grew up together in Seattle, where they both developed a passion for both local and global music. “Our initial musical bond was studying Shona and Marimba music from Zimbabwe in high school,” says JP. “That was foundational. We’ve carried those influences with us and held them close.” They began releasing music as Level 2 in 2014 while they were still in high school, amassing a modest catalog of albums that progressed from straight-ahead jazz to woozy chillwave. But the defiantly lo-fi, almost rickety sound of early EPs like Dream Funk is a far cry from the taut, elegant jazz the pair create as Honey Oat. As it turned out, it took splitting up to make their musical vision cohere.

After high school, JP moved to Connecticut to attend Wesleyan University, while Stout headed to the Valencia campus of California Institute of the Arts. But they kept in close contact, sending music back and forth, and talking about the music that was inspiring them. When they met up last summer in the Bedford-Stuyvesent neighborhood of Brooklyn to begin work on the album, those email conversations served as the starting point for the sound of their new project. At the time, they were still referring to themselves as Level 2. It wasn’t until the collection of songs started coming together that it became clear that the new album would also call for a fresh start. “The long-distance nature of our relationship became a big part of our continuing musical dialogue,” explains JP. “We’d send each other different songs we’ve been listening to, and kept the correspondence going through music when we couldn’t be with each other.”

That fluid dialogue turns up in their songs. Honey Oat is bolstered by the style of percussion common to Shona music, and its songs are ornamented with shakers and thumb pianos. But there’s also evidence of the freewheeling nature of their exchanges: chopped-up art-pop, acid jazz, and avant-garde noise exercises appear throughout the album, backed by an underlying percussive pulse born of the duo’s love of Southeast African music.

That genre agnosticism is part of what makes Honey Oat so intoxicating. “Loopspool” is built from synths that are alternately bubbly and swampy, and “A Small Piece of String” is a gorgeous throwback to ‘90s hip-hop, with an excellent vocal performance from the Brooklyn rapper Maassai. “A Stranger Spring” follows a non-linear path, shifting between gorgeous harmonies, krautrock-style exchanges between drums and keyboard, and a head-nodder of a hip-hop beat. It’s an onslaught of musical ideas crammed into three minutes, somehow revealing unexpected links in the little moments between transitions.

In the end, Honey Oat is both a culmination of JP and Stout’s years of creative collaboration, as well as a reflection of their deep friendship outside of music. “What we do is really process-based,” says Stout. “What we do together doesn’t feel compartmentalized. Our relationship as friends and musicians isn’t fragmented. Everything informs our music, because we’re really close friends. A lot of our music is telling a story. Having life experiences together is an important part of the stories in our songs.”

The stories on Honey Oat are conveyed through the music, the way the falsetto solo on “Feels Like Feeling” leads directly into the broken stomp-funk of “Wonder in Sights.” Honey Oat is the history of a relationship that exists outside of language, a kind of mind-meld between two distinct musical personalities, remixed and blended until the whole is greater than any individual part. “You can hear the marks of growth throughout our discography,” explains JP. “This record encapsulates that growth.”