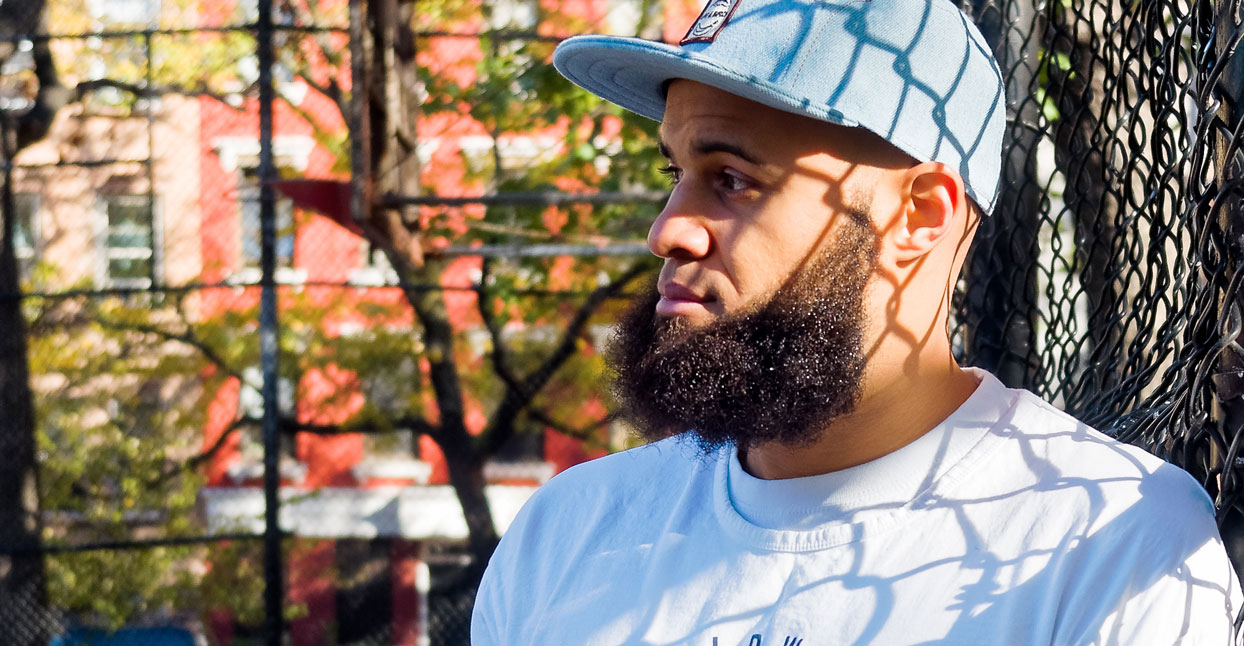 Every so often, when he’s not touring or recording music, Homeboy Sandman slides through to drop jewels on us. Knowing Boy Sand, they can be about, well, anything. In September, he recalled a hilarious kickball game you have to read to believe. Now he’s back to school you on subway escalator etiquette. Are you a stander? A walker? Something else? We’ll let Sand take it away.

Let us now consider the things that can deciphered about someone based on whether they: A) stand still on subway escalators until the escalator has reached its destination; or B) walk up the escalator as if it were stairs, in doing so accelerating their impending arrival.

A) Standers—Standers are, perhaps, unexcited about where they’re going. Or perhaps lazy. Or perhaps out of shape. Or perhaps like the feeling of being moved without having to move themselves, and an escalator ride is something to them like a rollercoaster ride, to a much lesser degree. Standers are in no rush, perhaps because they have nowhere important to go, or do not want to be where they are going. Or perhaps they are in a state of bliss, and feel that any unnecessary expenditure of energy may tarnish this bliss. Perhaps they would be “Walkers” if not for a leg injury of some sort, like a sprained ankle.

Are Standers moving aimlessly though life? Without any real goals to drive them? Are they more patient? Are they more resigned? Do they not value time? Have they given up?

B) Walkers—Walkers are, perhaps, impatient. Or perhaps driven. Motivated? Restless? Or do Walkers know what they want and head toward it with all deliberate speed? Do Walkers believe that their time is more important than Standers’ time, or that everyone’s time is equally important, but that Standers just don’t realize how important that is? Perhaps they are egomaniacal. Or in good physical shape and take every opportunity to remind themselves how fit they are. Or are out of shape and are trying to get into shape. Are Walkers more prone to ADD diagnosis? Are they running behind schedule? Are they perpetually late or perpetually early?

I have tried to write unbiasedly, but perhaps I’ve given away the fact that I’m an avid Walker. Say what you will about us, but we save 5-20 seconds every time we ride an escalator. Over a span of years, this adds up to a considerable amount of extra time for doing things I find more rewarding than riding an escalator. This, at least, is my motivation.

Let us now touch on the psychology of some other escalator characters:

Blockers—Blockers stand on the left when they know you’re supposed to stand on the right if you’re a Stander. (Reverse that for any UK readers). Theoretically, there are Blockers that will not move aside if asked, though I myself have had the good fortune never to encounter one. Blockers may be unfamiliar with subway protocol. Perhaps they are just inconsiderate.

Blocked—The Blocked stand behind Blockers without asking them to move, in doing so creating a situation where all Walkers must forgo their precious seconds. The Blocked may be timid, non-confrontational, pacifist, or mute.

Super Walkers—Very similar to a normal Walkers except that they take abnormally long strides skipping every other step. These are also commonly referred to as Leapers.