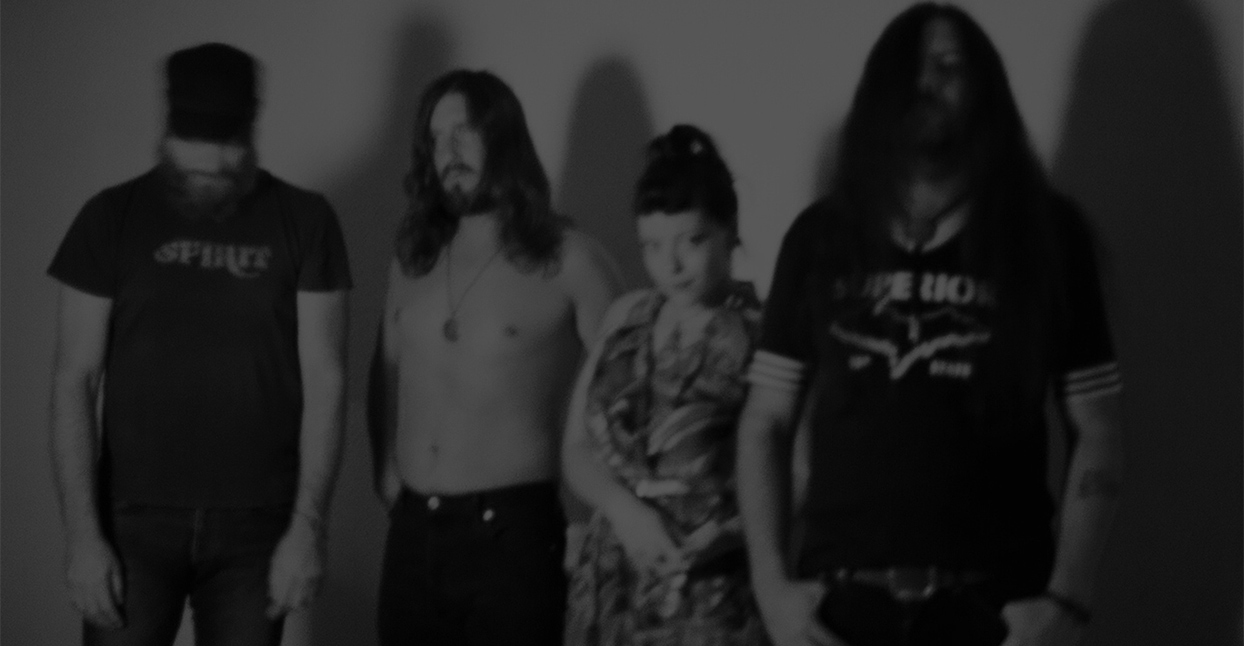 When the largest particle physics laboratory in the world decided to host bands who were in keeping with their experimental spirit, curator-scientist James Beacham specifically sought acts who had explored the musical unknown. For the lab’s EX/NOISE/CERN series, Beacham invited Deerhoof, Pere Ubu, Thurston Moore, plus one other artist who has made a career of exploring the musical unknown. Warren DeFever, the founder and only consistent member of His Name is Alive, has spent the past 26 years making music that showcases his incredibly diverse sensibilities. (Richard Fontenoy wrote that the band’s third album, Mouth by Mouth, was “a 70s heavy-rock album produced by a hyperactive and easily distracted child with an interest in trying every possible effect, level and mixing technique”—and that’s just one style DeFever’s music. His Name is Alive has taken on many, many forms over the decades.

DeFever was excited for the invitation to perform at CERN, especially since he wasn’t sure how to follow the band’s 2014 rock opera Tecuciztecatl. “I finished the rock opera, and it’s like ‘Do you go back to writing songs about your personal life after writing songs about vampires and stuff?’ This project came at a magical moment. And if you’re not aware of the concept of [Tecuciztecatl], or not aware of the invitation and collaboration with the particle physics and science and stuff, then the album still makes sense as songs that have personal statements.” Patterns of Light, the album inspired by the CERN invitation and subsequent research, is full of trademark His Name Is Alive sounds; as mutable as the band’s music may be, there are certain elements that have become customary for DeFever. Andrea Morrici’s hazy vocals keep the music partway in the stratosphere, while electric guitars turn out rapid and repeating patterns of notes; the urgent percussion conjures particles in constant collision.

DeFever didn’t know very much about particle physics when he began the project, but he immediately latched on to his own interpretations of its vocabulary and ideas. “When they talk about our ‘dark matter’ or ‘dark energy,’ I always immediately inserted the phrase ‘black metal.’ There was a strong connection for me. But also, to me, there’s a poetry to [particle physics], and it goes back to creation myths, to a universal idea of, ‘How do things work? How do we know how they were created? What is the machinery involved?’”

DeFever also found himself thinking about Beacham himself while writing Patterns of Light; he even invented a history for the scientist. “It got deep knowing that this guy, probably the smartest person currently living, is from Ohio. Now he lives in Geneva and is working on this complex stuff. So it’s easy for me to imagine—Midwest boy gets in way over his head discovering all of this. That’s one of the themes on the record: What is the life that he left behind in Ohio? Did he murder someone? That’s possible. That’s one of the songs. He maybe hasn’t figured out that this character is him, but he will once this interview comes out.”

Whether he knows that DeFever has imagined a fictionalized version of him or not, Beacham was a key collaborator in the project. The scientist was originally reluctant to share notes, screenshots, and other data with DeFever, so DeFever started sending him questions about ‘the proper ratio of dragons to witchcraft,’ until Beacham had no choice but to help educate him. It was Morrici who suggested the album’s title, Patterns of Light, but the reference also serves as a literal explanation of the music. DeFever says that the Beacham was “sending me Event Displays—which is what happens when there’s a collision. It’s basically a screenshot of the collision happening. You can see really beautiful patterns in that, and it’s really easy to write music based on visual stimuli. We talked about performing in the room where they do the heavy ion collisions, which is really one step away from heavy metal. And then you get the black metal in there, and then you get the dark matter. You’re right there. So that is, to me, what the music is.”