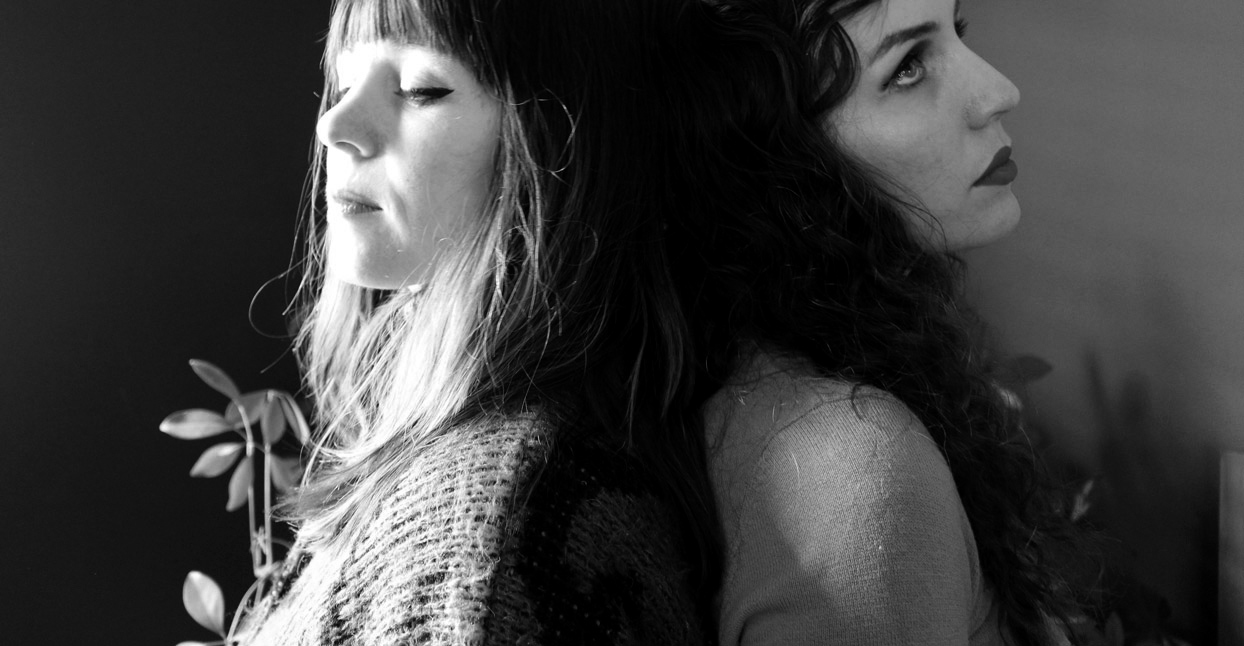 Hand Grenade Job, the D.C.-based duo of Erin McCarley and Beck Levy, practiced their music during McCarley’s children’s naptime, and recorded their first full-length record, Devotionals, during back-to-back blizzards in a cabin in Maryland. The record begins and ends with a voicemail rejecting Levy from talk therapy. Shortly thereafter, Levy enrolled for seven months as a (voluntary) in-patient at a National Institute of Health clinical trial to study the effects of ketamine on drug-resistant depression.

The two women had long admired each other’s work in other bands, and finally formed a band of their own in 2012. They compose lyrics together, often in the same room, and sing in unison. When we spoke in early February, Levy had just arrived in Oakland (the day after the protests against Milo Yiannopoulos’ planned speech at UC Berkeley) and McCarley was in their hometown of D.C., where a new president was recently sworn in.

Levy: All of the bigots who had been laying low—everywhere, not just D.C.—have become emboldened by the election of a white supremacist racist to the highest office in the land. The thing here is that Trump’s employees are all moving in. We have to live amongst them. I’d say the vibe is sorrow, fear, and a lot of tension.

Right after the election, you saw these people—way too early in my opinion—going on about how great the Reagan years were for punk.

Levy: Oh my God. I hate that. That’s a garbage comment. It pre-supposes that the people who are going to be producing that music aren’t going to be executed by fascist vigilantes, or deported, or have to go underground for whatever reason they fear for their lives. It assumes all the great music is going to be made by white people who are citizens and have their papers. It’s just delusional. And sad.

I read a story about how you met when one of you was sleeping in the other’s hallway.

So you came together by talking about doing an X cover band, then not doing it?

McCarley: Beck was setting up a show and she asked me if I had a solo project. My kids were both basically infants, and I hadn’t played in a band for a couple years. And she was like, ‘I don’t have anything going on!’ So we were like, ‘Why don’t we do something together?’

Levy: Erin and I have very different lives, but I feel our inner lives are like—the word that comes to mind is harmonious, although, I swear, I’m not trying to make an easy music pun there. I am not responsible for any other human beings. We have different stressors, but I just relate to Erin so hard and we understand each other very quickly.

I love the video where you two are coloring with Erin’s kids. I mean, I’m assuming they are your kids.

McCarley: Yeah, those are my kids.

Levy: That was so fun to make. Erin, did the kids say they had fun doing it, too?

McCarley: Who doesn’t love to draw all over a grown-up’s face?

This record was recorded in a cabin during a blizzard?

Levy: It felt really important that we do it in a special place, because something about it would seep into the sound. We were looking for a church, we really wanted a nice, natural, reverb sound. Then Erin thought of our friend’s cabin. Kyle [Gilbride], who recorded us, his thing is called Wherever Audio. He has a portable set-up and he will record anyone, wherever. It ruled.

And right after recording, Beck, you became in-patient in a ketamine trial?

Levy: Indeed. I drove across the country, we recorded this album, and I began living at a research hospital. While Kyle was mixing the record, he was sending it to me and I was listening to it on headphones in the patient library, and sending it back.

My status as a long-term human subject and mental patient felt like such a huge element of the recording. It’s also something that is very important to me, personally, to be open about. If you are an outspoken woman, and you put political speech on the Internet, it’s just a matter of time until you get doxxed. If you don’t have anything people can blackmail you about, because you’re talking about your sensitive shit in public, I don’t know how they can use that against you.

The record has this dark, wintry tone. Do you feel that it reflects your experience at the time? And having gone through that, will the next record reflect a different tone?

Levy: I’m still super depressed. And the world has become exponentially more depressing. It would be really succinct to say this record is about my life before ketamine, and the next one will be different. But this is a collaboration between two people, not always singing personal songs, or confessional songs. My personal journey has been a zig-zag, not linear, and I have no idea what’s coming next.

Are you working on new stuff?

Levy: We’re working on catastrophic spells to cast a hex to levitate the Pentagon. They tried to do it in 1968. There were a couple problems with that prototype. But I think we have the answer. I feel so confident, it doesn’t even need to stay classified. So our next record is going to be like nothing else anyone has ever heard. That’s the good news.

Is the spell going to be on the next record?

It seems we’ve found the note to end on.

Levy: It’s hard to top that.

It’s possible when I listen to this recording, I won’t know which one of you is speaking.

Levy: You can just assume all of our answers were spoken in unison.