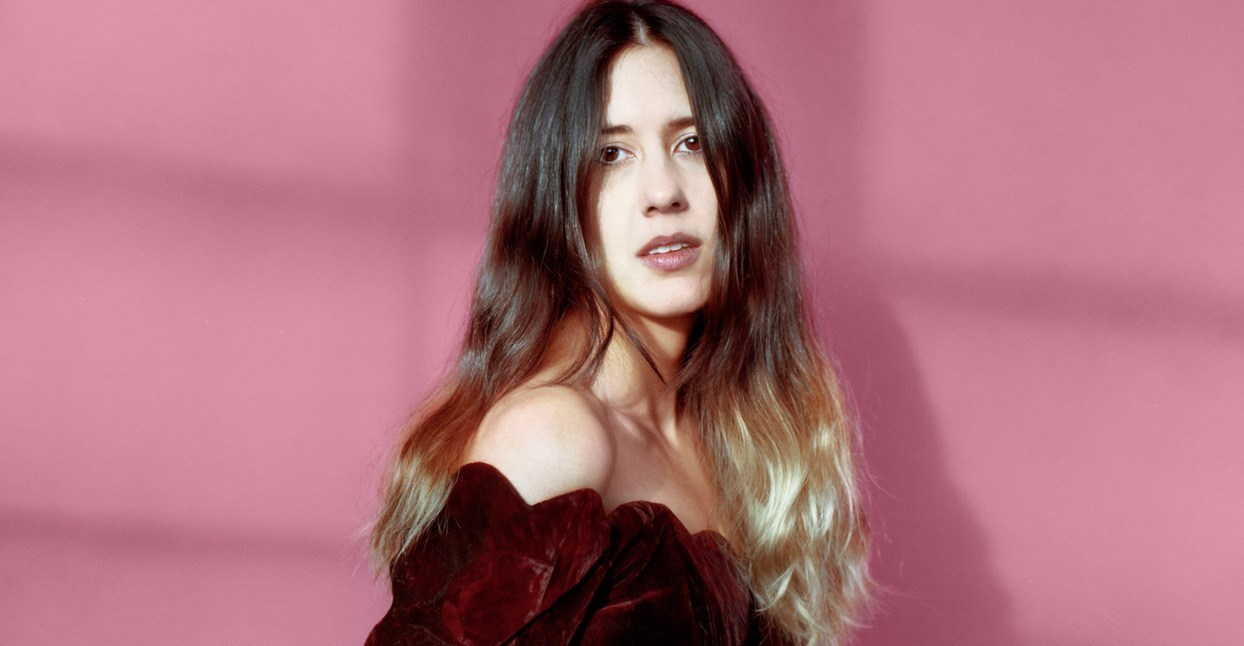 When Nandi Rose Plunkett moved from Brooklyn to Chatham, New York, one of the first things she noticed was the density of natural sounds around the summer house in which she planned to record her third album. The singer, songwriter, and producer, who releases music as Half Waif, started taking walks twice a day to the pond near her temporary home, once in the morning and once in the evening. A chorus of frogs, insects, and birds eased Plunkett out of her own head—she’d been intently focused on assembling songs. “No matter what was going on in my mind, all of the turmoil I was working out through the music, there was this whole other world going on in my backyard that had nothing to do with me,” Plunkett says over the phone. “It was comforting in its indifference.”

The songs she built at that house, less than an hour away from her hometown in western Massachusetts, became Lavender, a bold and gorgeous synth-pop record named for the flower Plunkett’s grandmother Asha would use to perfume her home. The album looks deeply into the way love can propel a family forward through time, and the way time can weather and disintegrate that love. It’s not a sentimental record. Plunkett unflinchingly examines both the splendor and dysfunction of her romantic and familial relationships, matting together drum machines and synthesizers into a complex net of sound as she goes.

Plunkett’s parents divorced when she was in high school, an event that shaped her approach to her own relationships. “As much as I want to be rid of that baggage, it does inform the way I write and the way I see the world,” she says. One song on Lavender, “Solid 2 Void,” specifically addresses that period in Plunkett’s history. “I’ve had enough of this apocalypse,” she sings, and while she’s talking about “physically standing between [my parents] as they’re falling apart,” it’s the kind of lyric that could encircle any trauma, any break in the parameters of one’s personal reality. The death of a loved one, the loss of a home, an escape from abuse—all of these are the end of the world, and still the world goes on.

An album in part about memory, Lavender adopts a loose approach to time. Plunkett sings about her parents’ divorce and her own healthy, present-day relationship as if both were happening simultaneously. Instead of seeing the failure of her parents’ marriage as an omen, Plunkett holds it as a foundation. “My real relationship is very, very steady and nothing like my parents’,” she says. “I think I’ve chosen my partner because I’ve seen what happens when you rush into a marriage. I’ve learned a lot from my parents and my family structure. I hope I know now what not to do, and that it’s given me the tools to create the kind of family that I want for myself.”

That hope—that failure and dysfunction can serve as prologues, even as they seem like disastrous conclusions—underpins Lavender. “There is something to be learned from the hue / Of the sky when it loses all its light,” Plunkett sings on “In the Evening,” a song she closes out by warping her classically trained voice through Auto-Tune. “If everybody is searching for the same shelter / Why does anyone think it’s theirs to know?” she wonders on the swaying “Keep It Out.” What exactly is to be learned from the darkening sky is a mystery, as is the exact shape of that yearned-for shelter. But there is comfort in their inscrutability. If no one on earth has gotten it right, it’s easier to forgive yourself for getting it wrong.

On Lavender, Plunkett often multi-tracks her voice, backing gentle vocal delivery with harsher takes, drifting in and out of the field of sound, and generally making herself into a one-woman chorus. She’s a powerful, emotive singer, and the multiplicity of her voice reinforces the album’s simultaneous timelines. Three generations of Plunkett’s family appear, and it’s as if she’s trying to embody all of them at once, to become her own family tree while reckoning with its impermanence. “Looking back at the collection of songs, the overall theme that ties them together is the trajectory towards disintegration, whether that’s your physicality or your mind or the relationships that you’ve built,” Plunkett says. There’s little cynicism in her voice, and she adds that “working on this album was the most fun I’ve ever had working on something. It felt good.” Lavender confronts mortality and entropy head-on, but doesn’t wallow in their ill effects. It’s an album about facing the worst things in life, and choosing, in full faith, to move forward all the same.