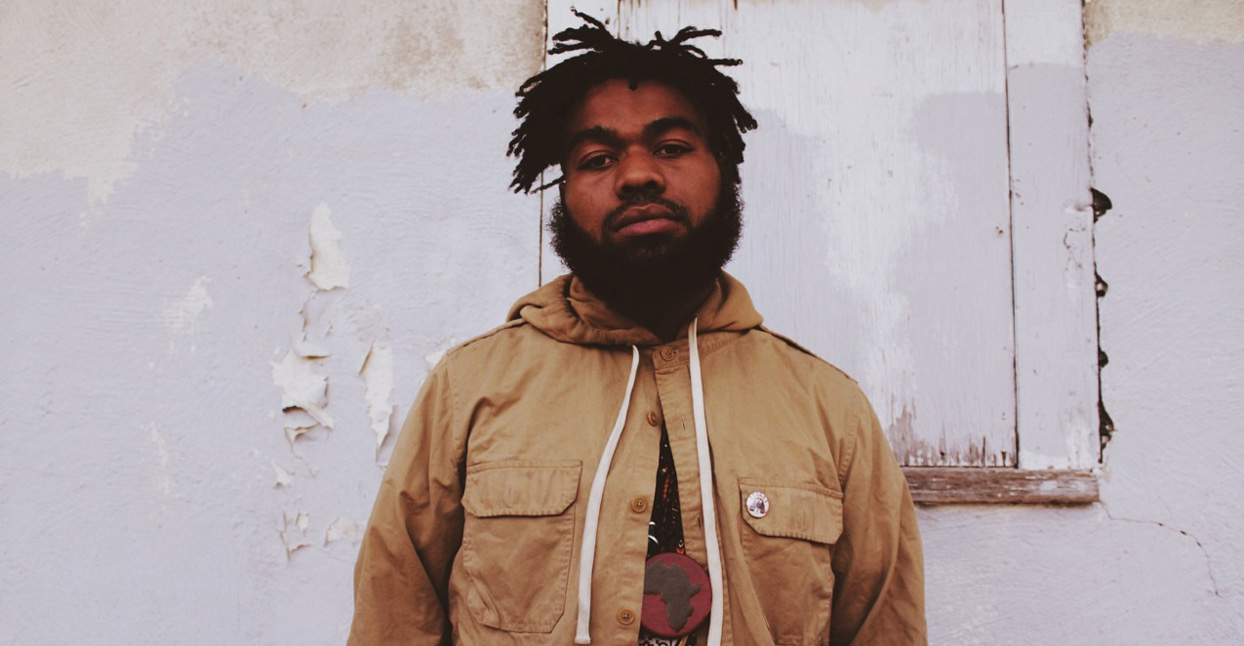 The working title for rapper Greg Grease’s third album was So What—as in, that’s how he imagined people might react to music that didn’t serve as an escape from these dark times. But for Grease, “escape” is not the solution. Inspired by artists like Common, Goodie Mob, and even Curtis Mayfield, the forthcoming album, now titled Down So Long is a challenge to Grease himself—and to hip-hop at large—to keep sight of why they might seek that escapism in the first place. It’s also a reminder of why Grease has been a reliable voice in Minneapolis music over the past five years. He continues to embody the underdog perspective, similar to scene king Atmosphere, for whom he will open on tour later this year. Down So Long also features Grease’s bandmates in futuristic funk outfit ZULUZULUU; the end result, which Grease is still tweaking, is ambitious in both its lyrics and instrumentation, another potent salvo from an enlightened artist.

When did you start making Down So Long?

Last summer. Me and a few friends built this new studio in Minneapolis. We’d been there every day working, working, working. We started making a whole bunch of songs, not thinking about making a project and seeing what happens.

Paint a picture of this studio.

It’s funny, because when I was 19 or 20, I used to go to raves there. It was this big warehouse space. When I went back to check it out, I was like, ‘Wait. I’ve been here before.’ Me and a few guys have a room. We know a few other people in another room. It’s a cool space.

With this record, I was trying a different approach. In the past, I’ve made the beat or had the beat given to me, and then rapped on top of it. This time, being in a studio, there were a lot of other people around. We’d be sitting in the room and having different conversations, and then I’d be like, ‘Oh, I’m going to make a song about that.’ Clusters of songs were based on these conversations.

What kind of conversations?

Is that desire for escapism a new phenomenon?

It’s something we’ve always dealt with, but right now it’s at an all-time high. Everything is so tumultuous with what’s going on in politics and the news, with the police. I think everybody is trying to escape from it.

Down So Long makes it seem like you want to face those issues, though you also acknowledge how that can be tough.

Absolutely. I was raised on, and grew up enjoying, content that talks about issues people might not necessarily want to talk about. At the same time, I’m an artist, and I do want people to like my music. It’s an eternal struggle. Do I want to please the people, or do I want to please myself? It’s something I’ve thought about. Not necessarily because of what’s going on, but more because of where I am in my music. I used to make songs as therapy. Now I’m trying to be more intentional with the message I put out.

You rap about not selling out your soul. What brought that on?

It’s me getting a bit older and asking, ‘What are you doing this for? Do you want popularity? Money? To change the world?’ Also, looking at different artists and seeing how they’re affected by what’s going on and how that relates to me.

I’m 30. It’s a cool, new perspective. Over the past couple years, I’ve let go of a lot of insecurities and stopped caring about how other people feel about me. I’ve been more focused on my goals and my family. It’s a combination of life circumstances, age and maturing—picking better friends, surrounding myself with elders who give me advice.

‘Jungles’ paints a vivid picture of what it’s like to fear those whose job it is to serve and protect. Was this inspired by a particular situation?

I try not to be too specific when I’m talking about different things like that in songs. I don’t want to make the song a timestamp. It definitely is talking about the police state and how police treat black males in America, through my lens.

Why not make it a timestamp?

All my favorite music has been timeless music. The lyrics mean a lot, whether they were written 30 or 40 years ago. Say you’re listening to ‘Air Force Ones’ by Nelly. Nobody wears Air Force Ones like that anymore.

It’s kinda scary when that happens.

When did you feel like the musical style you wanted for Down So Long was established?

I had two phases. I produced about 80 or 90% of the record, so I made a bunch of beats and recorded to them. Once I had all my demos done, I brought it into another studio with fancy microphones, musical instruments, and stuff. I brought musicians in to replay or interpret a lot of samples and give it a much more musical vibe. I wanted to show my growth as a producer and as a musician, because in ZULUZULUU, we’re pushing each other to get to the next level. I wanted to try to make [the album] more musical than anything in the past, where it was more rap.

How was that experience for you? Was it fun? Tedious?

It was an incredible experience. It was definitely a learning experience, too. Normally when you’re a producer, you make a beat while being all by yourself or on the computer. I brought in a few friends of mine who are talented jazz musicians. These guys are professionals. So I wanted to challenge myself and make sure they were impressed with what they were doing. Javier Santiago is an amazing composer and musician. I had Miguel Hurtado [of Solflower Collective] come in and lay drums on a couple of tracks. I had my ZULUZULUU fam come in and lay stuff down; Proper-T played some keys and Trelly Mo played some keyboard. My bro ∆RT P∆RTÉ came in with a lot of funky guitars.

You’ve talked before about how you’re attracted to calming music because of everything going on in your head. So the bold instrumental breakdown in ‘Runaways’ surprised me.

That song sonically is different than most of the songs on my record, and really, a lot of the stuff I’ve done in the past. What I’ve been trying to do over the last year or so is challenge myself on a songwriter level, outside of rap. It’s not a bar, bar, bar, bar, bar type thing. That’s something I’ve wanted to do for a while, and I finally felt confident enough to share with other people.

Speaking of hip-hop and its confines, you tweeted, if the XXL Freshman Class magazine cover ‘is what rap is, then I’m definitely not a rapper.’

It seems like they’re trying to create a narrative of what a rapper is supposed to be, which is a bummer. Rap has always been diverse. Before, there was a lot of regional sounds. But now there’s just the Internet sound. I’ve been letting go of the term ‘rapper.’ I definitely rap. But I’m trying to become more of a writer and not be so much worried about rap and fitting into that box. Being in ZULUZULUU has encouraged me to do that on my own.

What effect do you hope that Down So Long will have on listeners?