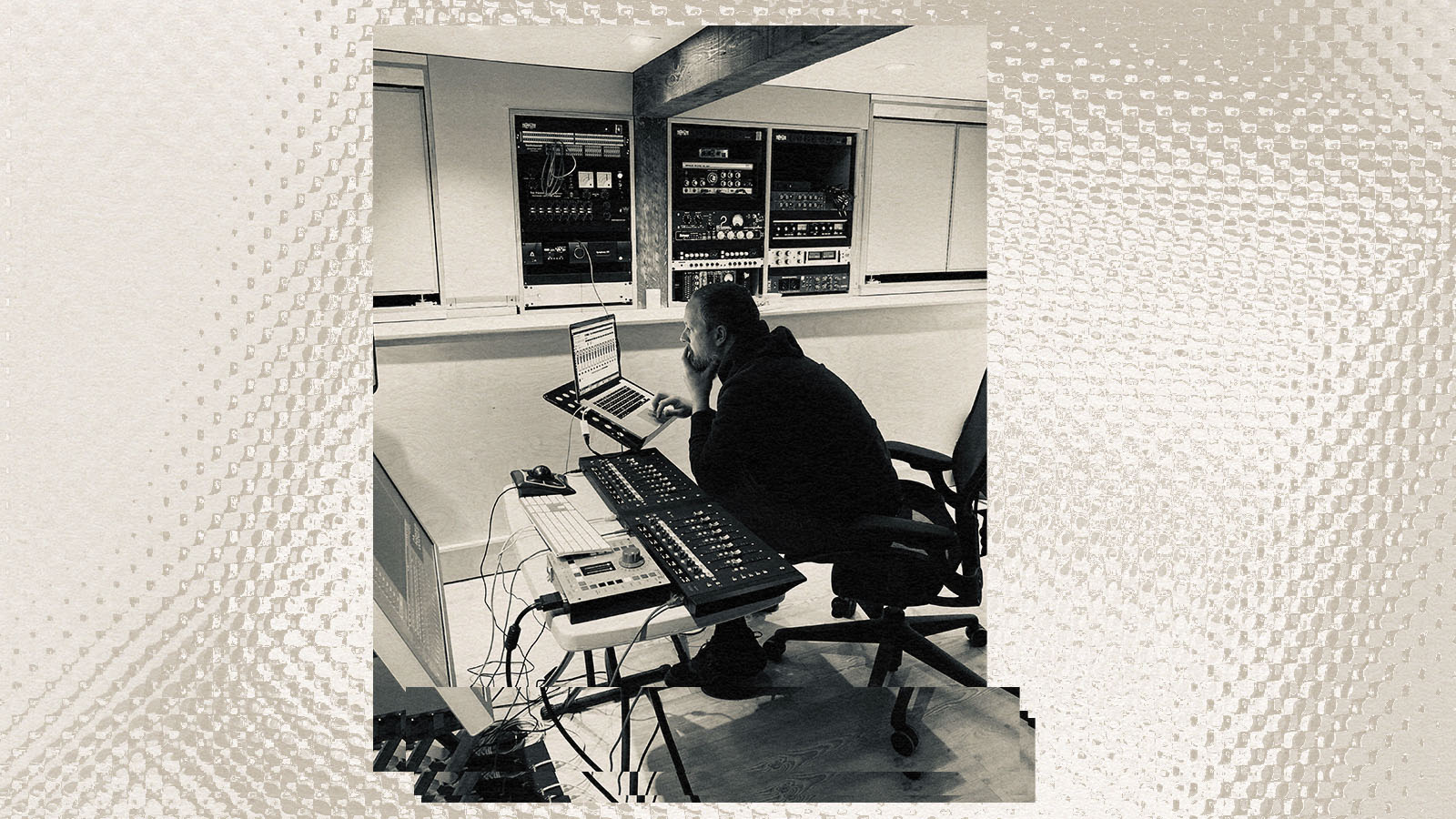 Since Euclid proved the infinitude of prime numbers in 300 BCE, mathematicians have gained fame by determining sequences of them. There are Pierpont primes, Cullen primes, Proth primes, and Sophie Germain primes, each named after their discoverer. New Primes, the new album by Greg Davis, uses these groups of numbers to create massive, dissonant, slowly evolving expanses of sound. Using the music programming software Max/MSP, Davis creates pure sine tones whose frequency, rhythm, and spatialization are determined by the mathematical relationships between numbers in these sets.

The precision and rigor of mathematical composition always held a certain appeal for Davis. “I’m not like a lot of composers who are into just intonation,” he explains via Zoom call from his home in Vermont. “They have rigorous systems that they set up to compose all of their music. I’ve never been that kind of musician, but I’m very interested in just intonation and alternate tuning systems.” “Just intonation” refers to any system using whole-number ratios of frequencies as musical intervals, relatively rare in Western music but adopted by certain modern composers and experimental musicians.

Davis is a longtime fan of composers who use just intonation, including Charles Ives, La Monte Young, Terry Riley, and Ellen Fullman, but he only designed his own tuning system when he was invited by Duane Pitre to contribute a track to Important Records’ Harmonic Series compilation in 2008. Sharing space on a disc featuring accomplished composers like Fullman, Pauline Oliveros, and Charles Curtis forced Davis to find a novel approach. “I wanted to find a way that felt unique and personal to me as a way to work with just intonation. I settled on using prime number sets to construct a whole software system and have the prime number sets being mapped to almost every aspect of the music.” The result was “Star Primes (For James Tenney),” 11 minutes of gravity-defying dissonant drone.

Davis released a full album of this material, Primes, on his own Autumn Records label the following year. The project remained in the rearview for Davis until 2016, when he received an email “out of the blue” from Joseph Branciforte, who was planning to start his Greyfade label. Branciforte had stumbled across Davis’ track on the Harmonic Series compilation and wanted to know if he would revisit the Primes era. That led to years of work revamping his software setup, “tinkering with my old [Max/MSP] patches, updating them, changing them, adding some new wrinkles to them, and putting in some new and different prime number sets.” After a successful concert at the Friedman Gallery in New York City in 2019, Davis was convinced that the new material had developed enough to commit to tape.

This is where math meets art, as Davis had to divide or multiply the frequency values so that they created an engaging sonic field while maintaining their tuning relationships. “That allowed me to put all of the frequencies into a comfortable harmonic space, something that I liked the sound of,” he says. After selecting enough frequencies to achieve a dramatic density of sound, Davis then determined their rhythm and spatialization by tying each one to metronomes and panning effects in Max/MSP based on their associated prime numbers. The result is a generative piece that could, hypothetically, play forever. “The idea is that with prime numbers if you have them playing against each other, they’re not going to repeat. They’re never going to line up at the same time, so they’re always going to be shifting and moving in different ways.”

After recording fifteen to twenty minutes of each prime number set, Davis and Branciforte pared them down based on compelling arcs or developments within them. The six tracks on New Primes, each named after a prime number set, demonstrate the range of musical effects that can be created from these mathematical relationships. For example, “Sophie Germain” features a dominant hum that slowly fades in and out over varying rhythmic pulses. “Proth,” meanwhile, shimmers in the upper registers while an ominous bass tone develops underneath. “The one thing about New Primes is that there is a dissonance to it; there’s almost like a darkness to the album,” Davis says. “It’s very deep and subdued.”

This dark and dissonant tone may make New Primes seem like an outlier in Davis’ larger body of work. After being trained in composition at the New England Conservatory, Davis emerged into the burgeoning “folktronica” scene with his first album Arbor on Carpark Records in 2002. Throughout the following decade, he created a sprawling discography of improvised and experimental music in collaborations with out-music luminaries like Jeph Jerman, Ben Vida, and Keith Fullerton Whitman. During this era, he also became associated with New Age music through his blog, Crystal Vibrations, on which he posted rare and out-of-print albums he encountered in the record stores he frequented on tour. This is all abstract music, certainly, but in a different sense from the abstract mathematics that underlies New Primes.

But Davis, as a voracious listener, sees connections between these disparate genres. “There definitely are threads that run through my discography of different things that I’m interested in. But I think the thing that might connect computer music and New Age music is ambient music in general,” he posits. “Laptop music or computer music tends to seem more serious or academic. It’s about the software or the tools or the processing that you’re using. And then New Age music is imbued with spiritualism or overlaid with some sort of mysticism. It’s not as much about the technical process, so they seem pretty distant in that regard. But I think where some of it approaches each other is just sonically, how it sounds.” These similarities are often obscured, however, because our perception of music depends substantially on “the language and words that we use to talk about this music or describe it.”

As a result, Davis doesn’t worry too much about the genre distinctions that other people use to categorize his work. “I see it as all in one pot, you know: ‘This is music that Greg Davis makes.’” True to form, the new album has kickstarted his creativity in a wide variety of other directions as well. Davis is currently producing more music than he has since that hectic first decade of his career: at least three albums as we speak, all in different genres. “Joe [Branciforte] really pushing me to do this record has started the wheels turning for me. I’ve been trying harder to get myself in the studio when I have time,” he says. “So this is pretty cool for me. I’m excited.”