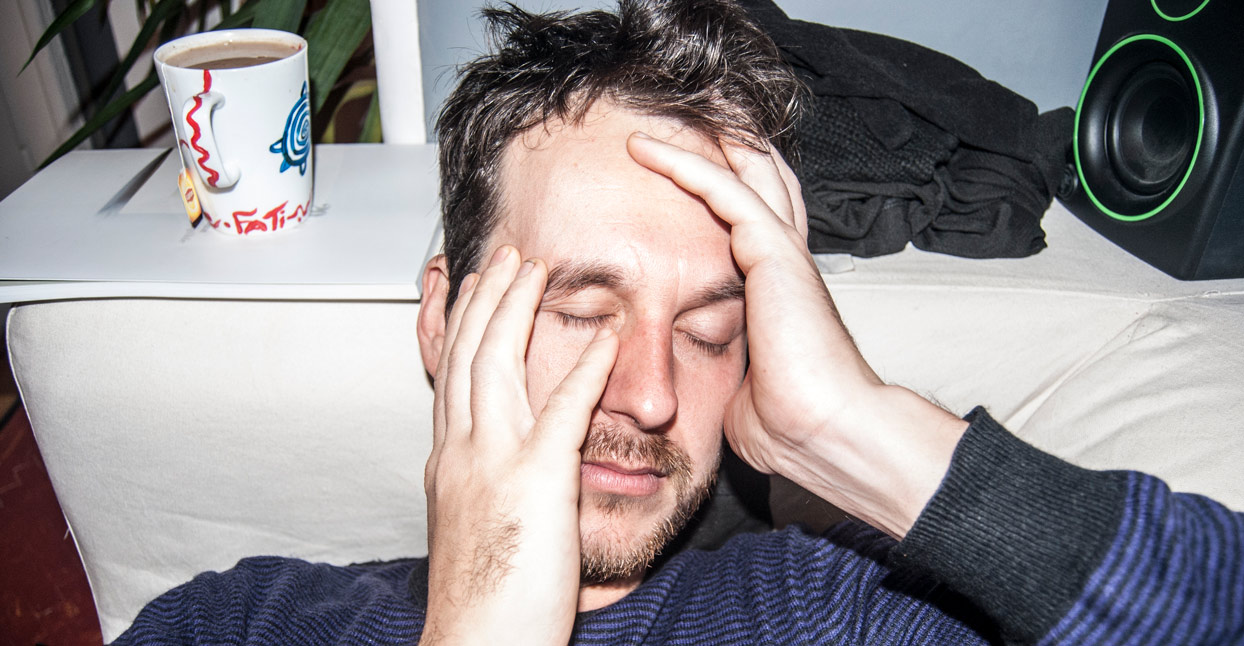 Gosheven is the solo project of Bálint Szabó, a Hungarian experimental artist, guitarist, and improviser. He is most notably known for being a member of 12z, which is described as a “collective dedicated to building musical structures by free electro-acoustic improvisation.” Leaper, released in May 2017, is Gosheven’s debut.

Having studied different tuning systems for several years, Gosheven uses a number of them on this record—including Japanese koto and Pythagorean tuning. The use of these alternate tunings opens up new sonic worlds to the listener. Overall, this music is strange and fascinating, built on unconventional structures and broad textures. At one point, Leaper sounds like traditional tribal music; elsewhere, it dips into drone and ambient sounds, experimental guitar composition and organ-driven church music.

But these experiments are more than just musical exploration; Leaper tells the story of an internal and very personal transformation. Gosheven himself calls this change a metamorphosis, a change from a caterpillar into a butterfly, and it’s helped him realize what’s important in human life. We spoke about this intense experience, and stepping out to make music on his own.

The press text accompanying Leaper says that the record documents a metamorphosis. Could you explain more about what this means for you?

Somehow it happened that I had very strong masculine images throughout my childhood and youth: my father, my scoutmaster, and finally my zen master. I don’t actually know if it was by accident or if my inner world gravitated towards this kind of ideal. At the same time, I grew up with my mother and two sisters; perhaps that’s why I was searching for a true masculine identity. It was not easy and I guess it’s an ongoing task until the very end, but this record shows exactly how I’m working on this and how this metamorphosis actually sounds to the ears—it’s weird, but soft; energetic, but embracing.

When did you realize you wanted to free yourself of that ideal?

It was a long process, rather than an instant flash. When you feel uncomfortable emotionally and you have completely different worlds manifesting in the inner and outer realm, you know you have to change to be happier, though it took me years and years to realize the root problem and begin to work on it.

Was your usage of non-typical tuning systems—a unifying musical thread across the album—instrumental to expressing the ideas you wanted to get across with Leaper?

Working outside the standardized mainstream is purely an artistic challenge, and after reading the book The Melancholy of Resistance by László Krasznahorkai several years ago—in which there is a beautiful description about the history of musical tunings and how our music turned completely out-of-tune in the end—I read a lot about this issue and finally began to experiment with many tunings and enter a completely different musical world compared to the one I was used to. I’ve always been interested in traditional music, also how they are perceived from a Western point of view, like the magical Fourth World music of Jon Hassell or the works of Hungarian ethnomusicologist László Hortobágyi.

These traditions use completely different tuning systems and my latest record with my band 12z, Trembling Air, was also a kind of an experiment about how it’s possible to merge these fabulous traditions with our rigid and alienated technical devices. We only used samples and plugins in a digital environment, so one can say that Leaper is the next step of this process where I tried to play a physical instrument now and experiment not only with other tradition’s tunings but also with our own culture’s historical tunings like meantone temperament or different types of just intonations. In computer-composed music, it’s actually very easy to use other tunings, so I wouldn’t be surprised at all if in the near future we will hear a lot more stuff.

In addition to guitars and some synthesizers, parts of the album feature voices. Even though I presume you recorded all of them, they all sound quite genderless or gender-ambiguous. Was that also a conscious choice you made while recording?

Absolutely. It’s funny that the poem I wrote for this record was born in a sauna, I love it because it’s easier to focus when you can’t see, so as soon as I got home I recorded it immediately and I instinctively recited in a higher tone and it actually became the ‘Whisper of The Valley Breeze’ that gave me the inspiration and drive to make the whole album.

What were some of the musical inspirations for Leaper? Did you consciously listen to lots of music in various alternate tunings as you were writing the record?

I’ve been listening to [music in] alternate tuning[s]. First, it’s not easy because you don’t hear any difference, but step by step, your ear gets used to the microtones and it’s kind of fascinating. Apart from traditional music from all over the world, I really love the late Italian Renaissance composers like Giovanni Maria Trabaci—the last tune ‘Unbalanced Holiness’ is based on one of his compositions). The American minimalists were also great inspirations like La Monte Young or Terry Riley, and also Jenny Hval’s record Apocalypse, girl, where I really liked how she paired feminist lyrics with avant-garde pop music.

What are your next plans, in regards to music?

I will work on a score for an animated film soon and I’m also starting to think about how to present Leaper on stage. With 12z, we’ll have a Visegrad Residency this summer and hopefully make a new release by using the recorded sounds of a container tank in the Czech Republic. Of course, I have a lot of other ideas in my mind, but I’m sure Leaper won’t be my last record that uses alternate tunings.