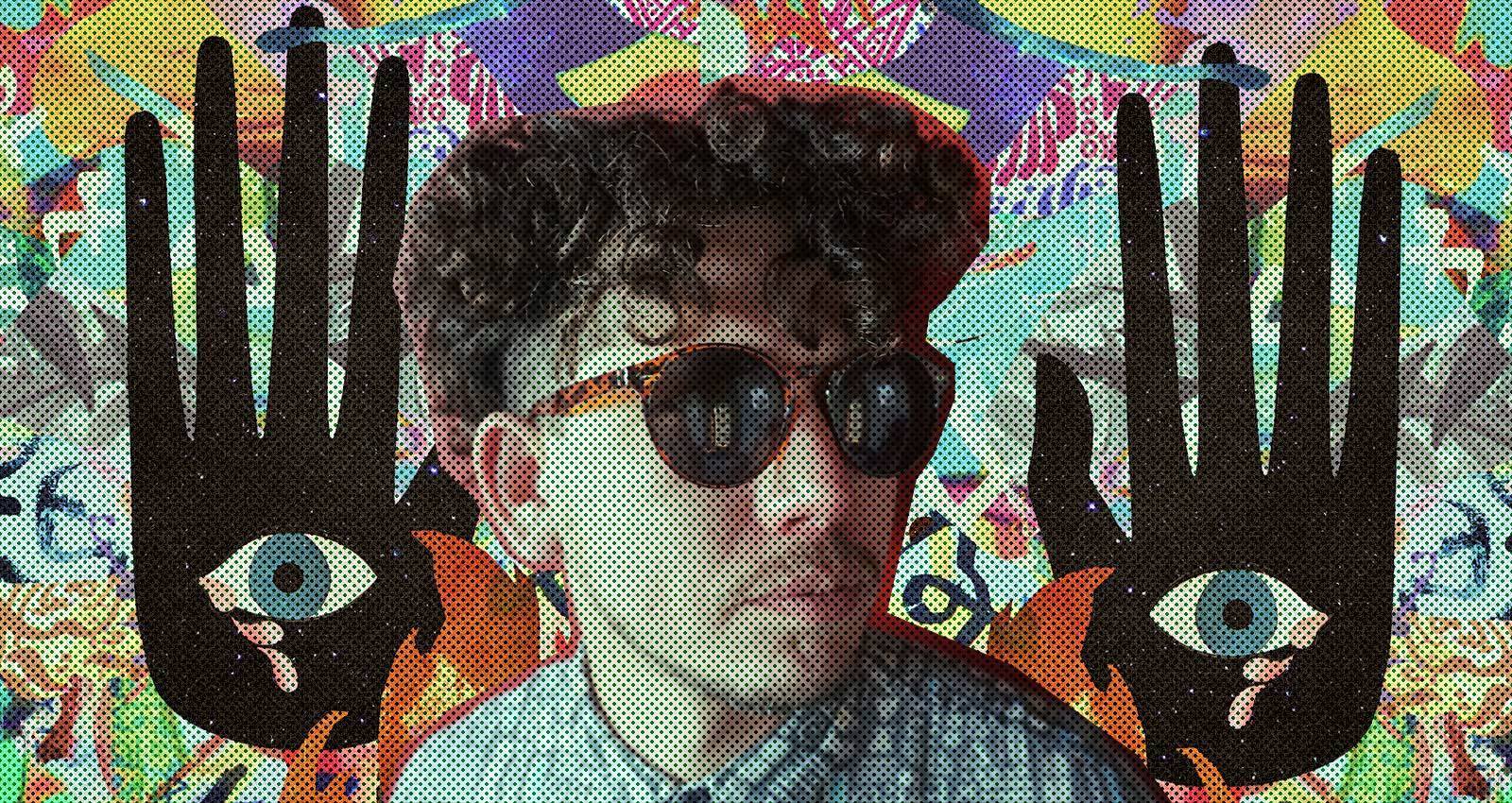 There are countless artists who cite the natural world as an inspiration for their music, but few of them take it as seriously as producer and multi-instrumentalist Timo Ceniceros. Before he begins to work on new material, Ceniceros will fast for a day and stay up through the night. The next morning, he’ll head out to the Mojave Desert, journeying through the barren beauty of Red Rock Canyon, his mind free of civilization’s noise, and ready to absorb the natural world. It’s there, hot, hungry, and tired, that ideas for the vibrant blend of world music and hip-hop he releases as Gnome Beats often find him.

“I don’t actually believe in real gnomes—little guys with pointy hats,” says Ceniceros. “But I do believe in nature spirits that we can’t see. When I’m out and away, I’m able to listen to these invisible forces and get ideas that I might not surrounded by the artificial pressures of the human world.”

On his sophomore record, a tapestry of global sounds and head-nodding beats titled Las Formas en Flujo, Ceniceros’ connection to wild nature is audible: melodies flit and flutter over landscapes of digital and organic sound, creating a sense of boundless space; the interplay of percussion and chanting on tracks like “En Flojo” and “Sleepless in the Mojave” evokes the ancient exchanges between humans and the environment that are central to Ceniceros’ Indigenous Tongva culture, a 10 thousand year-old Native American tribe in Southern California whose name loosely translates to “people of the earth.” Even when inspired by nature’s most destructive and unpredictable forces—like the Ventura wildfire that recently reduced his childhood home to ash—Ceniceros channels them into carefully structured songs. Ironically, some of those same “artificial pressures” so refreshingly absent in the desert were what enabled him to give his raw ideas their shape.

Back in 2017, just one year after releasing his debut album on L.A. beat scene label Dome of Doom Records, Ceniceros was scrambling to find a new day job. He’d discovered that his work at a ceramic tile studio had been exposing him—and by proxy, his young son—to poisonous levels of lead. He needed a healthier way to support his family—and fast. He was hired by a concrete and masonry company, where he spent his days and hunched over “setting forms”—the laborious process of building the wooden frames into which wet concrete is poured—and hand-mixing concrete in wheelbarrows until his arms ached.

Every day, amidst the clatter of jackhammers at the job site, he and his coworkers would listen to Mexican and Central American music. The rhythms rekindled his lifelong passion for musical traditions from around the world, many of which Ceniceros had spent time studying. Watching as the wooden forms he’d set turned amorphous concrete into something solid and useful, he had a realization: world music could be the form into which he’d pour his inspiration.

The problem was that, between his backbreaking day job and responsibilities at home, time and energy were in short supply. But giving up on his art was almost as unthinkable as not providing for his family. He needed a way to fit both into his life. And so, at the expense of his body, that’s exactly what he did.

“Completing this album was by far the hardest thing I’ve ever done,” he recalls. “I’d get home and just be completely exhausted. Then, after I’d take care of the kids and get them to bed, I’d force myself to stay up really late.” But just like he did in the Mojave, Ceniceros pushed through his fatigue, forcing hands that had laid stonework and rebar all day to trigger samples and pluck guitar strings deep into the night.

He began sculpting his ideas into diverse ecosystems of sound, weaving together elements of flamenco guitar, African polyrhythms, Indian classical music, and Latin American genres. He stretched the resulting patchwork across a frame built from the boundary-pushing beats of his native Los Angeles and fortified his compositions with thick bass, its liquid weight not unlike wet concrete.

Not only did Ceniceros’ job inform Las Formas’ low end and cumbia-inspired bounce, it had a hand in heightening the record’s feeling of expansiveness. “The harshness of [the job] made my spirit really want to express the freedom of the natural, wild world,” he says. On cinematic standout “Blue Night Black Dawn,” you can hear that yearning for space; the song is a journey through vast, open plains, rife with possibility.

Though his experience in construction helped shape Las Formas En Flujo, physical labor remains a means to an end for Ceniceros. He hopes his career as Gnome Beats will continue to grow, giving him more time to create art, to listen to nature, and the freedom to pick and choose his sleepless nights.

“I’m not getting any younger,” he says. “I don’t want to be doing all of these odd jobs for the rest of my life. I want to set an example for my kids that if you put your mind to something you can make it happen, even if the odds are against you, as long as you work hard for it.”