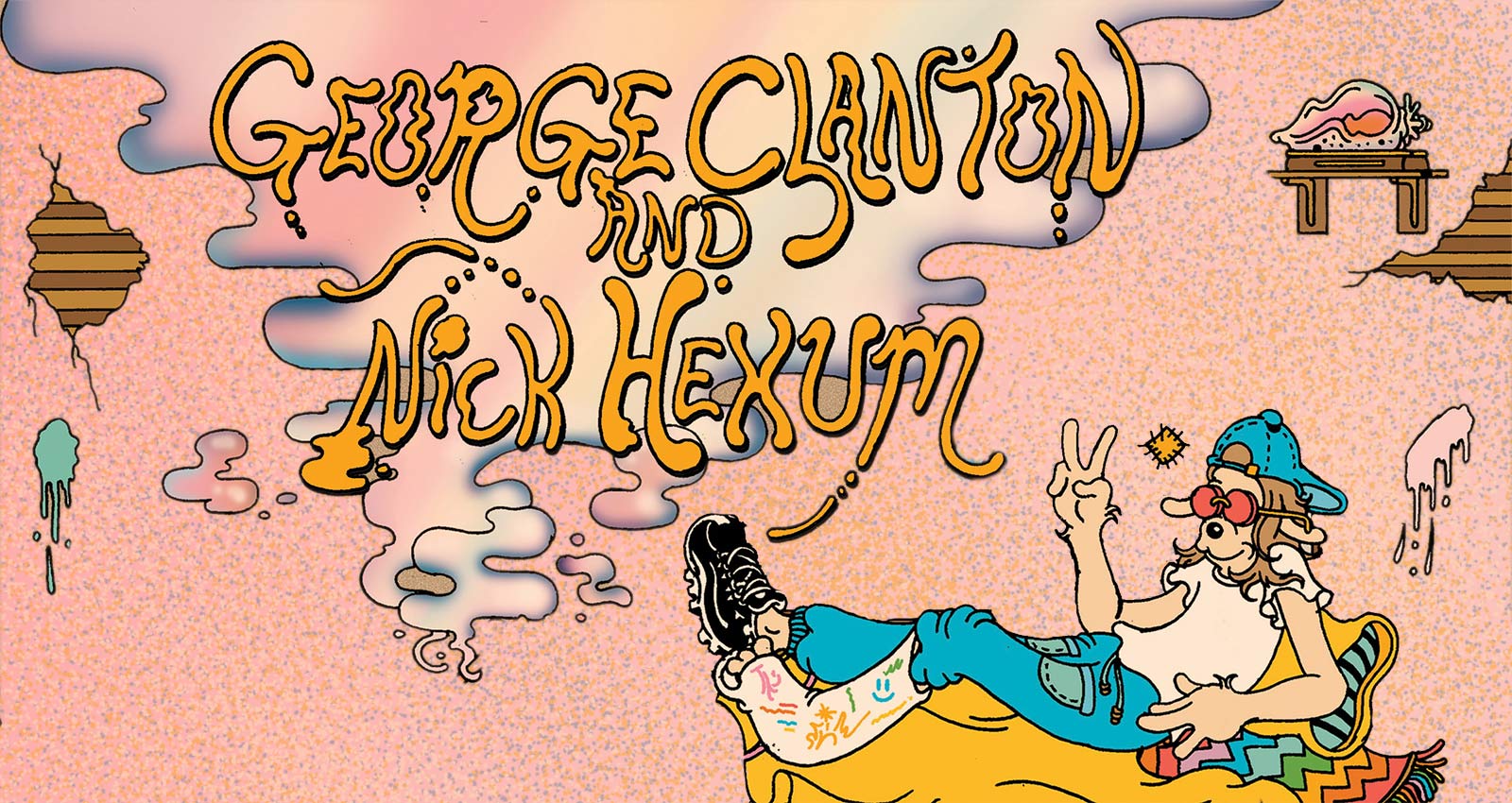 The setup, at first, seems a bit baffling: a member of the vaporwave old guard teams up with the frontman of the ’90s rap/alternative rock group 311, known for hits like “Amber,” “All Mixed Up,” and “Down”… for a whole full length? But the self-titled LP from Nick Hexum and George Clanton is no joke; instead, it’s a blissful half hour of summer-inspired bops.

The origin of the collaboration dates back to Clanton’s childhood introduction to 311 via radio and the internet. In the years since, the producer—also known for his aliases ESPRIT 空想 and Mirror Kisses—has been quietly been incorporating elements associated with that band into his own music. Flash forward to 2018, when a member of Hexum’s touring crew showed him a video of Clanton performing in a 311 shirt; Hexum invited the producer backstage at a show in Charlotte, North Carolina, and asked him to send over some recordings. He was bewildered by the nostalgic, ’90s electronic sound of ESPRIT 空想’s 2017 record 200% Electronica; at one point, he even began riffing over it with his guitar.

“I was like, ‘This is a very unique sound,’ and [George] was referencing a lot of textures and beats that I remembered from the early ’90s,” explains Hexum. “And then, when he told me that he’s all about evoking nostalgia, I was like, ‘Oh, okay.’ That’s where I would kind of just start thinking about like my first car, an old rusted out Corolla, and the adventures I would get into. “

After spending a few weeks stressing over the perfect instrumental to deliver to his childhood hero, Clanton, who also co-founded the vaporwave label 100% Electronica, sheepishly sent Hexum what he now calls “some garbage demo.” What he got back was a significantly cleaned-up version of that demo, fleshed out with Hexum’s guitar playing and an entire vocal melody. Clanton nearly started crying.

“I had sent Nick something just a couple of days before, and then he sends me something back, and it’s just as the song is today,” Clanton says. “It opens up with his guitar lick—and I was freaking out, because I love 311, and what Nick is doing sounds like classic 311. So I just got the sound that I’ve loved my whole life on one of my own tracks. Originally, he said that he was just going to play guitar on the track. But then his vocal comes in with a fully fleshed-out verse—it wasn’t scatting or anything, it was a whole verse. I remember being overwhelmed with emotion, and just tearing up because I was freaking out.”

Gradually, the two began creating songs together, casually sending each other tracks back and forth with no expectations. No record deal was foisted them, no fans pestered them about release dates. If they were going to put out anything, it was going to be on their terms.

For each track, Clanton would lay down most of the production and then send it over to Hexum, who added guitar and vocals. Hexum approached the songs in the same way that he did for 311, listening to the tracks the same way that a sculptor might view a piece of marble, searching for the potential.

“[When] I heard “King for a Day,” I was like, ‘This needs a kind of majestic singing that I haven’t done before,'” says Hexum. “I’m not a super informed person on different goth bands, but it’s how I would imagine Peter Murphy or Bauhaus would sound. I’m always about serving the song. It’s like Michelangelo—there was already a statue inside that piece of stone. Now, my job is to release it by moving the other stuff out of the way so you can reveal the statue that’s inside.”

For two years, Hexum and Clanton sent files back and forth privately until last year, when they began releasing a stream of singles, like the sun-kissed  “Under Your Window,” and “Out of the Blue.” In May, the duo dropped Aurora Summer EP, a teaser for the George Clanton & Nick Hexum LP.

The LP is more than the sum of its parts. The way each song slides into the next, glued together by Clanton’s kaleidoscopic, retro instrumentals and Hexum’s flexible vocal performances, makes the listener feel like they’ve stepped into some alternate reality where we can go outside and feel the summer sun’s warmth on our skin, not just through the windows. Innocent songs like “Crash Pad,” about the simplicity of hanging out at a friend’s house, have an entirely different meaning now. Unknowingly, Clanton and Hexum have produced the soundtrack to the summer we didn’t get.

Music has always been a form of escape for Clanton, and even though he had no way of knowing what 2020 would hold when he and Hexum were making the record, he’s glad that the album’s sunny disposition might be able to help others escape, too. “We have this album released in a completely dead, locked-in-the house, summer,” says Clanton. “So put your headphones on and you can pretend, for 34 minutes at a time, that things are okay.”

The positive feedback to the record has been a shock to the duo, who recognize that their individual fan bases don’t exactly overlap; still, they hope that listeners who may have never heard of either of them can enjoy the record. Clanton admits that the pre-sales for the LP are the highest of his career. (When he jokingly asks Hexum if they’re also the highest of his career, Hexum laughs and dryly replies, “It’s up there.”)

“I think that everybody is going to come to realize that this record has legs,” says Clanton. “I think that as far as the songs go, they’re the catchiest I’ve ever been a part of. I think that the production is as good as I’ve ever done. I’m just immensely proud of the record. As the years go by, and the release becomes more and more popular… Maybe next year we’ll have a real summer. We can throw back a couple of cold ones, put a few burgers on the grill, and listen to George Clanton & Nick Hexum.”