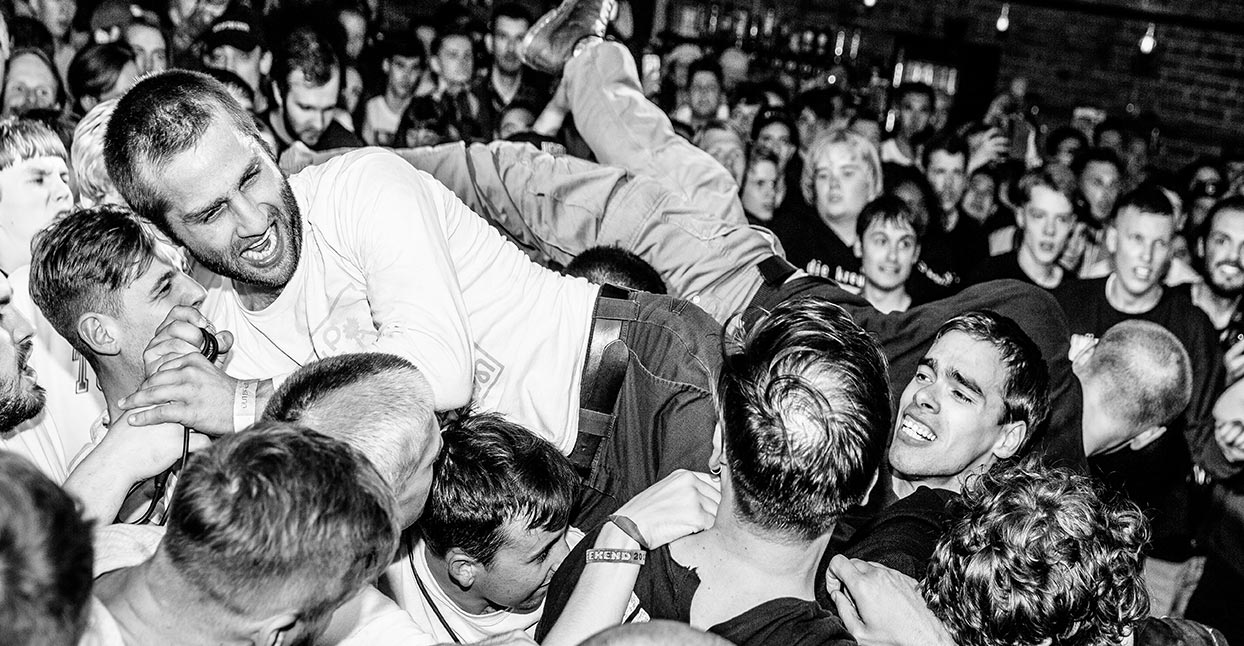 Depending on who you ask, and whichever way the wind is blowing, it was either David Foster Wallace or self-deprecating humor that inspired the title for Failed Entertainment, the sophomore album from SoCal hardcore band Fury. “We liked the name’s other connotations,” vocalist Jeremy Stith explains. “In general, we wanted to incorporate things that made us feel a certain way, because art that lasts is genuine, and made with care.“

It’s this particular dichotomy—the chasm between brains and machismo—that not only defines Fury, but also hardcore in 2019: an era where that music is more often associated with an open-minded stance on aggression, rather than a stylistic code. Consider the wide swath of bands that have been flagged as such, ranging from grungy shoegazers (Title Fight) and guitar pyrotechnicians (Vein, Code Orange), to crossover darlings (Turnstile) and banjo-strumming punks (Show Me the Body). 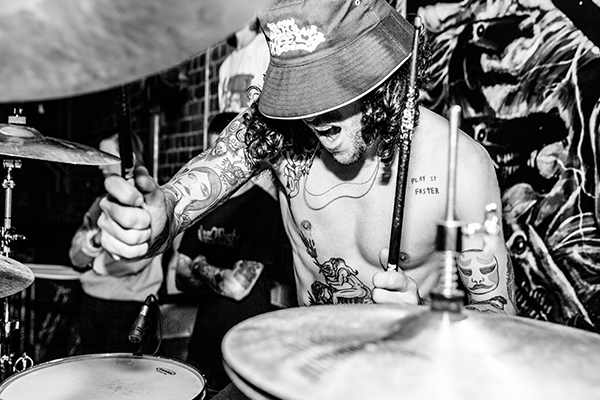 And then there’s Fury, who are a little bit of all of those—minus the banjo. Failed Entertainment is anything but typical, roping in contributions from across the musical spectrum: production from engineer Jack Endino (Nirvana, High on Fire, and others), poetry from Andrew Savage (Parquet Courts) and even some mercurial cover art from James Vinciguerra of Total Control, one of Stith’s favorite bands. “I think that you have to follow your instincts; otherwise, the bullshit radar will just go nuts,” Stith says.

In parlaying their diverse influences into a more structured, melodic sound on Failed Entertainment, Fury have effectively positioned themselves closer to post-hardcore, and by extension, the listening masses. Encompassing elements of bands like Supertouch, Seaweed, Quicksand, and others, the LP is tied together by a punk urgency, and in a slightly paradoxical twist, songwriting that honors the past as much as it challenges it. “That’s what hardcore is all about,” says Stith. “Hardcore is supposed to be a creative thing with a purpose, what it sounds like doesn’t change the soul behind it.“

The group’s eclecticism extends to their touring partners; the Orange County crew are just as likely to hop in a van with indie darlings Sheer Mag as they are with the legendary Gorilla Biscuits, or an uber-buzzy band du jour. “We would love to do a run with the Lemonheads or Dinosaur Jr.,” says lead guitarist Madison Woodward. “Bands who really influenced us that we can learn from, or even other bands that are doing related things. We love riding the line between hardcore punk and other similarly interesting gigs.”

Despite the success of 2016’s debut album Paramount, and the amount of interest and buzz surrounding Failed Entertainment, it’s easy to forget that a second LP almost didn’t happen. In fact, if you asked Woodward a few short years ago about even doing a debut, he might have laughed. “The band was actually supposed to end with the last record,” he says. “It was definitely my idea. I actually don’t think there are very many good hardcore LPs and many of my favorite hardcore bands, except for a handful, only released EPs and seven-inches. It’s hard to do a full-length that’s interesting for any genre.”

Here’s to hoping for LP three.