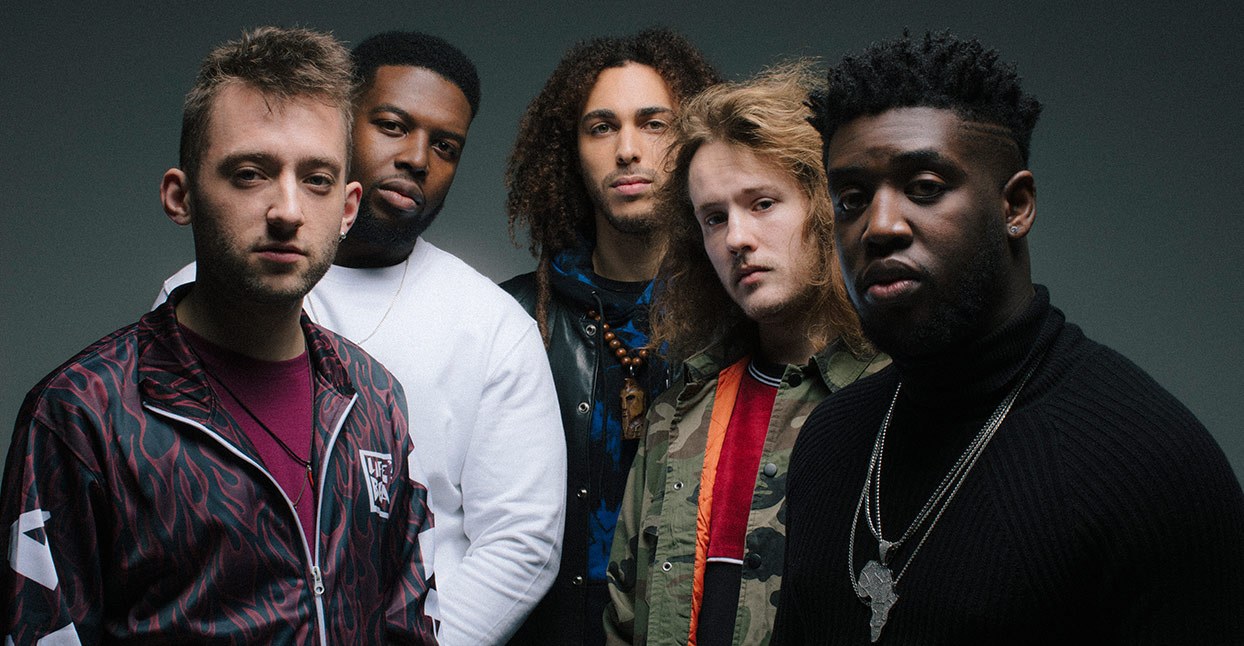 Femi Koleoso, the drummer of jazz-Afrobeat outfit Ezra Collective, was relaxing at his home in London last July when he got an unexpected call from his manager. “She was like, ‘You’re not going to believe this. Quincy Jones wants you lot to play at his birthday party,’” Koleoso recalls. “So I was like, ‘OK, cancel everything. We’re there.’”

Ezra Collective packed their bags and headed to the Montreux Jazz Festival in Switzerland, where they performed three songs, including one alongside Jorja Smith, as part of an all-night jam session celebrating Jones’s 85th birthday. They were, as one might expect, in elite company; also performing were contemporary jazz luminaries like Christian Scott aTunde Adjuah, Jacob Collier, Robert Glasper, Derrick Hodge, and Nate Smith. “When we went to say hello to [Quincy], we weren’t saying hello to someone who had no idea who we were,” Koleoso says. “And he watched us play the whole time.”

The vaunted Quincy Jones stamp of approval signifies Ezra Collective’s emergence as one of the defining voices of London’s thriving young jazz scene. The band’s sound is firmly rooted in the Afrobeat of Fela Kuti and the thunderous hard bop of Art Blakey and the Jazz Messengers. Operating from that rich center, they dabble in an eclectic range of styles—hip-hop, grime, R&B, and reggae—venture out on spiritual jazz excursions, and lay down raucous grooves designed to inspire an irresistible urge to dance.

Koleoso and his younger brother, bass player TJ Koleoso, are Ezra Collective’s rhythmic nucleus. They grew up in North London, playing in church and bumping their dad’s Fela Kuti records in the car. “The music we were into was kind of the North London staple diet, if you like,” Femi Koleoso says. “We loved hip-hop, we loved grime music. I was particularly drawn to rock music just because I liked hearing drums, but I never related drums to black music. It was only when I started getting drum lessons at school that I started to make that connection, and that’s how I found jazz, because all of these great hip-hop drummers were crediting jazz musicians.”

Koleoso became enamored with music that spanned jazz’s bop tradition, from the bebop of Max Roach and Clifford Brown’s Study in Brown to the hard bop of Art Blakey’s Roots & Herbs, to the post-bop of Charles Mingus’s Mingus Ah Um and Wayne Shorter’s Night Dreamer, as well as avant-garde musicians like Love Supreme-era John Coltrane, Alice Coltrane, and Sun Ra. At Tomorrow’s Warriors, a London-based youth jazz education organization, he found that he shared common musical interests with not only his brother, but pianist Joe Armon-Jones, trumpeter Dylan Jones, and tenor saxophonist James Mollison. Thus, seven years ago, Ezra Collective was born.

In its infancy, Ezra Collective existed essentially as a high school jazz combo with plenty of talent but little identity. “The sound was very much focused on imitation at the very early stage,” Koleoso says. “We were trying to sound like those Max and Clifford records, Fela Kuti, Coltrane, and Bob Marley.” In due time, the band integrated their influences into an original sound that marries the underlying groove of Afrobeat with the adventurous harmonic spirit of jazz. “The trust on stage between band members is just at its highest point ever,” Koleoso says. “The happiness at the end of a gig and before the gig is at its highest point ever.”

Their development is evident on their new debut album You Can’t Steal My Joy, which they recorded in two days. Here, the band is anchored by Femi Koleoso’s preference for Afrobeat rhythms and the “rugged” quality of TJ’s bass (a sound inherited from Mingus). Together, the Koleosos form an engine that cause Ezra Collective to hurtle forward. Jones and Mollison use quartal harmonies to tweak Kuti’s taste for spare, anthemic melodies, and Armon-Jones’s virtuosic, jittery electric piano comping injects a note of chaos.

The title You Can’t Steal My Joy reflects Ezra Collective’s conception of jazz not as a museum piece, but as a youth movement. Los Angeles’s modern jazz vanguard is inextricably linked to hip-hop and the city’s beat scene, and the new generation of London jazz musicians draw inspiration from the accessible and social nature of genres like hip-hop, grime, and garage. “If you’re a 16-year-old black boy that can’t afford to get in [to the jazz club], it’s disillusioning, and you can think, ‘This music isn’t for me,” Koleoso says. “So when Ezra Collective walk on stage with two black guys, two white guys, and a mixed-race person, with [our] tracksuits, it’s different.”

You Can’t Steal My Joy begins with a reprise of “Space Is The Place,” the Sun Ra song they covered to close out their 2018 EP Juan Pablo: The Philosopher. “It’s on some Star Wars ting,” Koleoso explains. “It’s our way of saying the lineage, the emphasis on always paying homage to the greats [that] we’ve always continued on all of our records. We always end and start our records with a cover of one of our heroes.” Indeed, You Can’t Steal My Joy concludes with a festive rendition of Fela Kuti’s “Shakara.” It’s a nod to the gods, a genuflection as old as time. By including these tributes, Ezra Collective gesture simultaneously to their humble beginnings at Tomorrow’s Warriors and to their unwritten future.