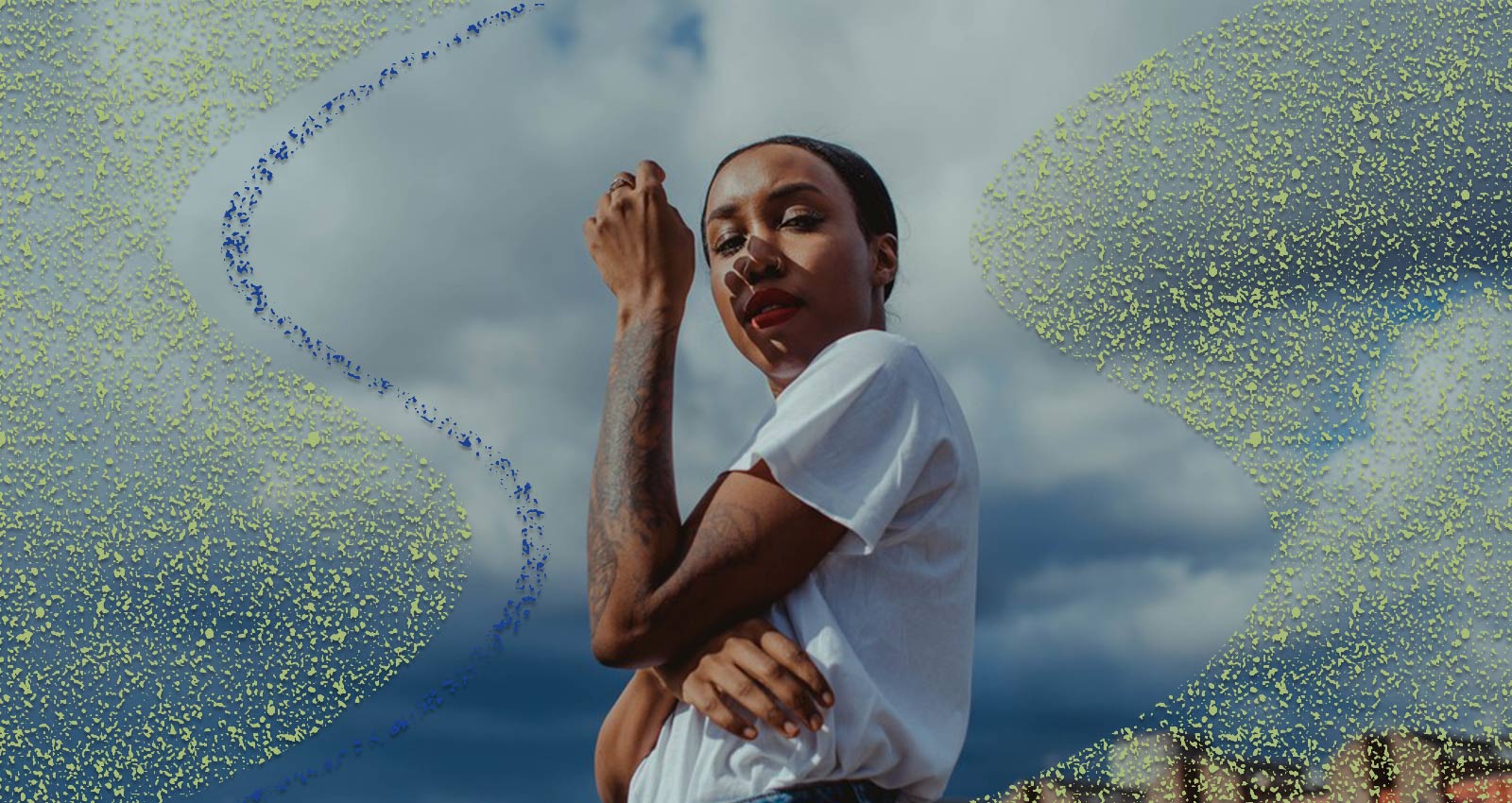 In early April, just a few weeks into coronavirus quarantine, Ego Ella May released a re-recording of Nat King Cole’s “Smile.” “Here’s a classic song for you I just recorded, with a twist,” she wrote in a tweet announcing the song. “Encouraging you to let yourself cry. Do NOT feel bad for feeling. You don’t have to be strong right now.” The “twist” was poignant: the British singer had replaced the lyric “smile” with “cry”: “Cry though your heart is aching,” she sang. A few days before, she’d released the official video for, “How Long Til We’re Home” from her latest album Honey For Wounds—a song that now feels even more devastatingly prescient, following the murders of Black men and women in America by police, and the worldwide protests that came in their wake: “Breaking news at 6pm/ Disappointed by government/ Rich get richer as poor ones weep,” she sings.

May has been singing since she was a teenager, and taught herself to play guitar at around the same time. In 2019 she released So Far, a dazzling collection of songs that served as a showcase for her luxurious, languid vocal style, which draws elegantly on jazz, hip-hop, and neo-soul. It also offered an introduction to a songwriter who was able to shift effortlessly from working though internal frustrations, like longing and desire, to confronting social, political and environmental injustices. Her latest release, Honey for Wounds, was a “healing process,” for May, one that allowed her to purge negative thoughts, experiences, and frustrations. “I read a quote recently by Nai Palm [of Hiatus Kaiyote],” May shares. “She said, ‘Songs about relationships will always stand the test of time and people relate to them.’ But my role as an artist is to make people aware of things they would not pay as much attention to. They become like little missions to me.” On Honey, romantic disillusionment and longing, as in “Table for One” and “Song for Bobby,” share space with songs about inequality and injustices like “How Long till We’re Home?” and “Give A Little.” Her ability to balance the personal and political is one of May’s greatest gifts as a songwriter.

“I will, of course, continue to write about love,” she says. “But I’m also conscious of other things that happen in life, and I like to address them in song form. There are so many different themes on the album that it felt like a diary, even. ‘Girls Don’t Always Sing About Boys’ came about because I was sick of hearing songs about relationships on the radio. I wanted to talk about other things, and at the time I wasn’t thinking about love. Grenfell [the 2017 West London Tower fire that killed 72 people and injured just as many] had just happened, and my mind was awake. I was reading about sustainability and pollution, and training to be a counsellor—I just had lots to think about. I wanted to challenge myself to put it all into song form.”

While some tracks were guided by a clear sense of mission, the origins of others are a mystery even to May. “I wrote [“Science”] a few years ago, and I still can’t fully grasp where my mind was when I made it,” she confesses. “I really love the melody, because it’s so different from anything I would usually do. It felt really free. The song is about losing yourself to someone, and how you can have an out-of-body experience because of it—like, your thoughts are no longer your own! You become a completely different person. It was weird. Still is to me.”

Yet despite the albums wide-ranging themes—and the equally wide roster of talented producers who helped May bring her vision to life—the overall sound is seamless and elegant. Fluttery neo-soul songs delivered in May’s jazzy cadence proceed at the kind of assured pace that draws you deeper in, note by note. “I write when it is oozing out of me,” May says. “I try not to force it. I’m quite sporadic, and like to take my time. I’ll get inspired by passages in a book, or a bit of poetry.”

And while some artists are finding themselves creatively hibernating during this pandemic, May has found making music to be a healing balm, fostering new songs about the world, the self, and the invisible threads that irretrievably weave both together. “I’m feeling more creative than usual,” she says, “which I’m surprised at because like I said, it [creativity] is often very sporadic. Some of it is expressing the pandemic, but also, I’m writing like I’m in a fantasy. That is helping me to cope.”