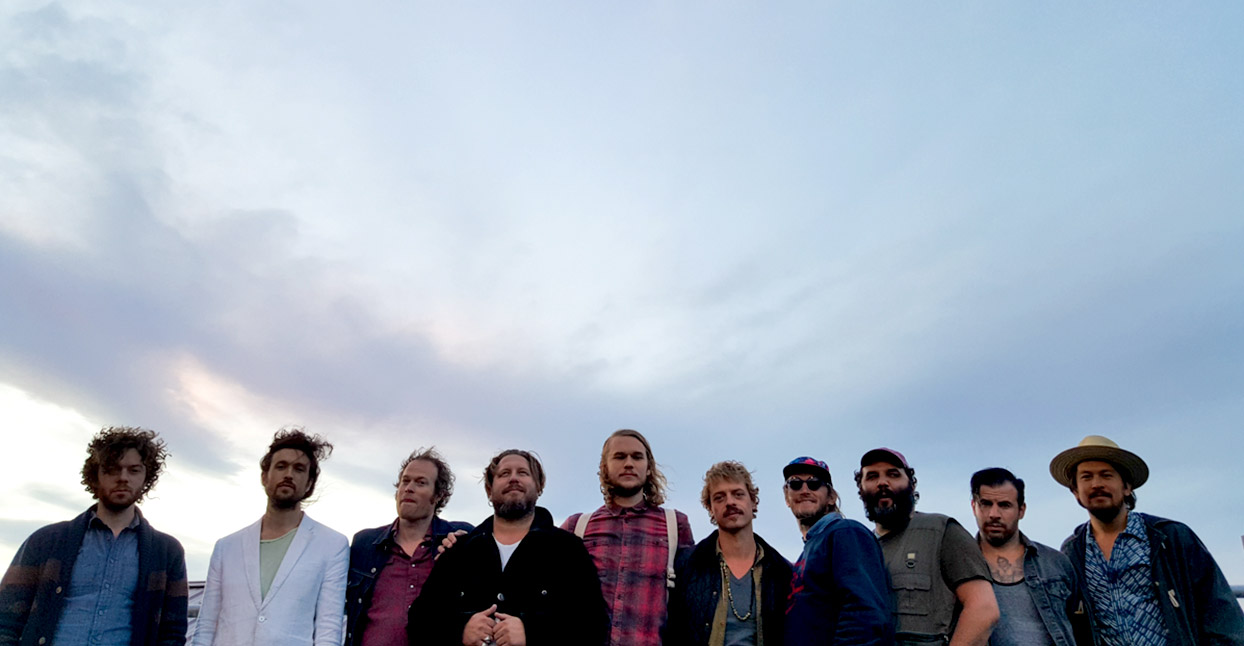 “We’re at a stage culturally where we really need a major re-acculturation, and to re-appropriate our right to earn a living through music.”

It’s no secret that it’s becoming harder by the day for musicians to make a sustainable living. Even artists who manage to successfully land a label deal can find themselves reaping less than they may have initially assumed. Alex Ebert—better known as Edward Sharpe—and Bryan Ling are looking to change that. Their label Community Music, is operating under the “Fair Trade” designation, meaning that profits from album sales will be split 50/50 between community and its artists. The first release available on Bandcamp, Edward Sharpe & the Magnetic Zeroes’ PersonA, is designated as a Fair Trade release on the site—meaning any profits made from sales of the album on Bandcamp will be divided equitably between the label and the band. Future Community releases will also bear this Fair Trade designation. We chatted with Ebert to get more insight into the label and its Fair Trade operation.

To start, I’d love to hear a bit more about the ‘Fair Trade’ designation, which will appear on the latest Magnetic Zeroes record on Bandcamp, as well as on future Community Recordings releases. What, specifically, does it mean to be a “fair trade” record?

To start, it demands that the label deal be no worse than 50/50 for the artist. The Fair Trade sticker means that a fair trade, 50/50 split between artist and label will be followed, and will be backed up by a yearly audit—and that’s really helpful. Any label that signs up to a Fair Trade deal has a legal obligation to allow for an audit to discover whether or not they’ve been hiding anything, or they lose the Fair Trade sticker. There’s a lot of indie labels and companies that have been following fair practices, but not really informing the audiences that that’s what they’re doing. A Fair Trade release is only a Fair Trade release where you see the seal. So it’ll be Fair Trade on Bandcamp, but not on other platforms. I think that sticker is very powerful, because you end up with this ubiquitous symbol of fairness that allows the consumer to be informed about how they’re spending their money. There’s a lot of power in how we spend our money, and consumer power drives change.

We’re at a stage where we really need a major re-acculturation, and to re-appropriate our right to earn a living through our occupation—which happens to be music. Convincing people to pay for music is one thing. But people who already pay for music, or who are inclined to want to support artists but don’t have a clear indicator as to which method will see their funds through to the artist, are going to find this helpful. It’s a much more difficult conversation with a culture that’s inclined to think that music ought to simply be free. It’s a slow push, but I think it will end up working.

That kind of ties in with the idea that’s been floated around for years that bands make up whatever money they lose from record sales while on tour—which really is not the case for most bands.

I think there’s a really naive notion that suddenly the live music industry is booming because the recorded music industry is flailing. There’s no evidence that that’s the case. I wouldn’t even say there’s a correlation between the two. Maybe bands are touring a little more than they would have before because they can’t sell CDs, but that’s conjecture.

So it’s essentially an education program, and it’s also designed to have an effect. The consumer holds the power, and in a lot of ways our hands are tied because somehow the fear of selling out got tied to the fear of ever looking like you even cared about money. If you talk about money or being economical, you just look like a toy. And that’s one of the notions we’re trying to change.