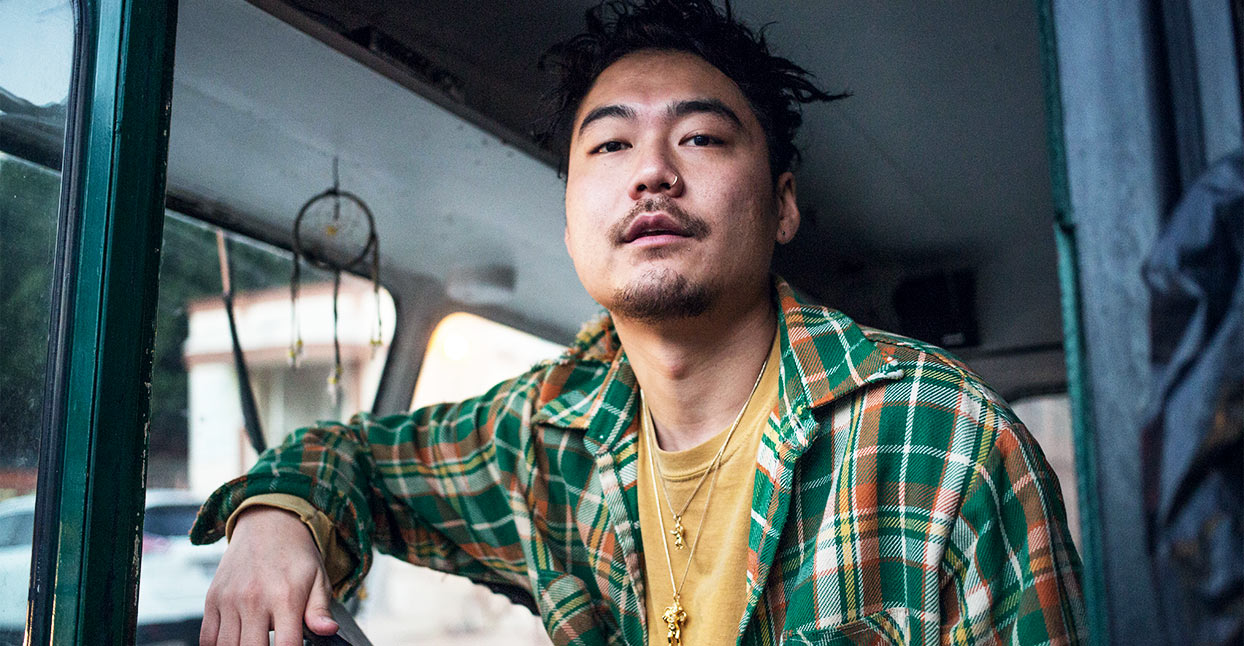 On his previous albums, rapper Dumbfoundead was just as likely to turn his racial identity into a punchline as we would a source of pride. On “Korean Jesus,” he jokes about “turning water into soju,” and the fact that it, “took 20 years to grow this goatee.” But on We Might Die, that kind of self-deprecation is nowhere to be found. “Safe,” the song that gives the album its title, was inspired by a cringeworthy bit at the 2016 Academy Awards, when host Chris Rock brought three Asian children to the stage and described them as the show’s “accountants.”

The song functions as a warning shot, for those who expect Asians to passively accept a joke made at their expense (“You took me as safe / that was your first mistake”). “Banned in the Motherland” features Korean rappers Jay Park, G2 and Dominic—a banger that doubles as a call for solidarity. And in “Ancestors,” he lovingly calls his family gangsters for doing whatever it took to survive as immigrants to the United States. For Dumbfoundead, being Asian is no longer a laughing matter.

Why did the Academy Awards sketch affect you so much that you wrote a song about it?

[“Safe”] refers to not judging a book by its cover, for people who view Asian-Americans as a model minority or a punching bag to America. The point was to let people know there are consequences. Me being a big Chris Rock fan, I thought he was going to speak up for people of color. But I felt like Asians got thrown under the bus.

It seems like you feel obligated now to represent for Asian-Americans. What sparked that?

When I started [rapping], I definitely went through identity issues, like any young person growing up does. I never wanted to talk about being Asian. But as I grew older, I realized it’s bigger than me, it’s bigger than hip-hop. There are people looking up to me. Younger Asian kids started coming up to me and telling me things I never even considered about being an Asian-American artist—about the role I was playing and the responsibility I had.

It was definitely not just hip-hop. They saw me on stage as a confident Asian-American, speaking up on things they felt. I wasn’t shocked about why they would come up to me. They said things I felt when I was younger but never spoke out about. I never had a hero or somebody who looked like me.

What was the first song you recorded for We Might Die?

“Safe” set the tone for a lot of songs. There’s things I think about a lot: how will I be perceived? What will be my legacy? After I die, who’s going to hold me down? I have this song called “Murals.” It talks about my legacy being left through a neighborhood mural, which I saw so many of growing up. This rap game, it’s a very youth-driven industry. For me, being 30, I had been thinking about those things, but also letting go and embracing getting older, too.

Did you get any advice from Too $hort about growing older with hip-hop?

Too $hort is funny. One of my homegirls was his personal assistant, and she dropped my name because I’m one of her rapper friends. [Too $hort] is really good friends with the freestyling OG up in the Bay Area. So she called him up, like ‘Yo, have you heard of this guy, Dumbfoundead?’  I had a perfect song, “Cochino,” which means dirty in Spanish. Growing up in Los Angeles, a little slang thing Latinos would call Asians, ‘chino cochino,’ which means ‘dirty Chinese.’ I wanted to flip the meaning and make it kinda pervy.

That line Too $hort has in that song—’United Nations in my DM’—sounds like his career in a nutshell. Another song I kept going back to was “Ancestors.” What inspired it?

My ancestors being ‘gangster’ is about how hard they worked, or things they did to get us to where we are. The first couple lines are ‘Daddy was a G / That daddy was a G, too / He ain’t never banged.’ I’m not saying they were literally gangsters, but that they had a gangster mentality, and maybe they did things that I didn’t know about in order to get by.

That phrasing brings your West Coast roots to mind—California being the home of gangsta rap. It also reframes the Asian-American story in a way that doesn’t allow us to take our immigrant roots for granted.

This project has so many songs specific to me. Like “Ancestors.” Like “Cochino,” and the fact that I grew up with a lot of Latino influence.

If sounds funny to me just because we are going to die—there’s no ‘might’ about it. But it’s also like, you look around the world, there’s so much fear you see on TV and crazy shit happening at this time. I was with my friend and he was like, ‘Oh, man. We might seriously die.’ That’s why, if you see the cover art, there’s Death behind me with a sickle, but he’s also looking down at his phone. Every day we look at our phone, because of a new video or some crazy shit happening. Somebody’s dying in the video, whether it’s by cops or what not. So it’s like, ‘Oh, we might die, so we should live it up.’

What, to you, is the ‘craziest shit happening’ right now?

Police brutality, obviously. That’s one of the most fucked up things going on, specifically in America. The awkward election as well. Having a candidate who’s so full of hate. These things obviously existed, but they’re becoming more visible, especially with technology. It’s exactly what happened in ’92 with Rodney King, but the HD version.

Was there anything you accomplished musically with We Might Die that you hadn’t before?

Tracks like “Banned in the Motherland,” with my Korean rapper friends on it—that was part of a decision to do more collaborations with Korean artists. That’s going to be my next project, actually: a project with all Korean artists. Every song is going to feature Korean rappers, Korean singers. “Banned in the Motherland” was the transition into that, into not being afraid to do a project like that. It’s crazy how the Korean music industry is the second biggest internationally. I felt like it would be cool to do a project bridging the gap between Korean and American music, too.

Why do you think you were afraid to do that before?

I think I was very focused on the American music industry, or worrying about people not getting it. But now, as an artist, I’m not afraid to do any kind of projects and things I’m interested in, whether or not there are going to be mad people listening to it.

You just performed in Korea, right?

Yeah, I played a festival out there. It was pretty dope. Luckily, I had a couple songs in the past year where I’ve collaborated with Korean artists. I got to record with a lot of Korean artists while I was out there for the week, or week and a half. It’s cool. Since my first trip to Korea eight years ago, I’ve met so many Korean artists who are now are at the top of the game out there. I know everybody, all of the top rappers and singers over there, because they’re friends of mine. If I want to do a project and get these features, I could easily get these features. Which makes me feel very confident about the next project.