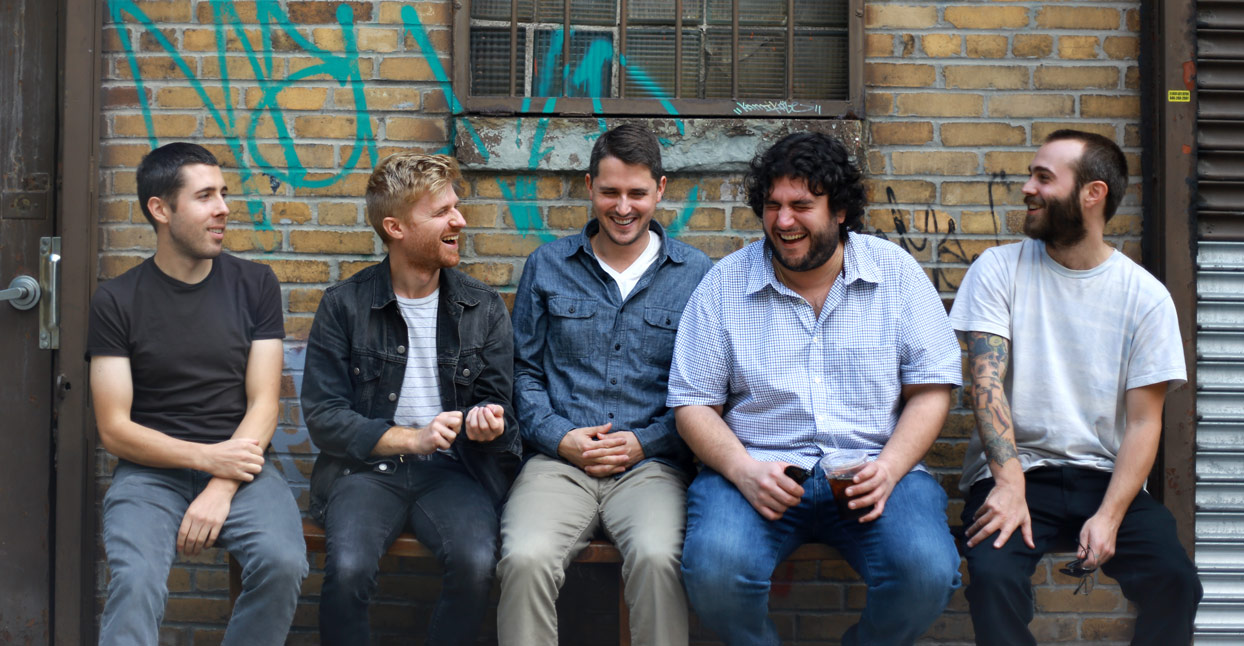 What do you do when you’re seven years into a music career and you decide, suddenly, to do a stylistic about-face? Do you sweep your old work under the rug, like you’re Pantera? Or do you just own the change?

“When we first started in D.C., we loved Dead Kennedys, we loved the Minutemen, we were obsessing over early Dischord, and we were furious, with no outlet to direct it other than punk rock,” he says. “It was always a joke to us; we never took it very seriously. It was the same sophomoric attitude we thought the Dead Kennedys would have. Confrontational, but all a joke.”

Their newest album, Pala Pala, boasts longer songs that initially seem to be performed in a conventional rock-band style. But the music’s secrets are revealed with repeated listening. Thayer, who’s also a professional audio engineer, explains, “I think the idea of Drunken Sufis at this point has really just become the pursuit of cool sounds. If we can latch onto something sonically that we feel is worth it, then we’ll just hammer it and manipulate it and sculpt it until it becomes what we want. I love the idea of sound in and of itself. I don’t know that it necessarily needs to be assigned all these other parameters, like ‘verse’ and ‘chorus’ and stuff like that. Sometimes that just gets in the way.”

Thayer admits that real life has been a powerful factor in changing the band’s working methods, but he sees that as inspirational, not inhibiting. “As we’ve gotten older, the band has fragmented slightly—people working full-time jobs, having kids, getting married and moving and all that stuff,” he explains. “So essentially with this record, the attempt was to capture performances or ideas—little tidbits, when people were available, and then have them stored so we could manipulate them later on.”

Thayer’s abandonment of the confrontational and the explicit is immediately apparent on Pala Pala, starting with the track titles. Every previous album has had a theme—Fiber Optic Trap, for example, included pieces called “Botnet,” “Machine Learning,” “Phishing,” et cetera. Pala Pala, though, breaks with this tradition; its songs are named things like, “Noise Water Meat” (the title of an academic history of sound art), “Bonhomie,” and “Liminal Zone.” While these have nothing to do with each other, they collectively hint at the new album’s instrumental vision questing—which is exactly what Thayer’s going for.

“As I get older,” he says, “the value of instrumental music is…some sort of transcendence, or a collectively shared experience. It’s almost a post-political attitude in one way, because so much of that is so simple, and not really related to how much we share, just as humans, outside of left-right paradigms and these really divisive and more or less inaccurate notions. Most people have more in common than they have keeping them apart.”

When he talks about what he wants people to take away from a Drunken Sufis performance in 2017, he makes comparisons to Terry Riley, La Monte Young, and Philip Glass. He describes the experience of drifting away mentally during a piece, and coming back to full awareness only to find it still playing, as something to strive for.

In some ways, what Thayer’s talking about is a shift not unlike the one Japanese art-punk terrorists Boredoms underwent as they abandoned the blurting collages of Soul Discharge and Pop Tatari for the blissful trance music of Vision Creation Newsun and Super Ae. And while their pieces are still hyper-compressed by conventional standards—Pala Pala’s opening track, “Datura Love Diet,” is practically an epic at 4:08—there is a real drive toward beauty in the group’s new music that was never this present on previous releases.

That’s why it’s so impressive that Thayer has chosen to keep all of Drunken Sufis’ material, even the stuff he clearly thinks of as juvenilia, available. It’s all part of the journey, in his eyes. “Every record you make, you learn something from the previous one on how to do the next one better,” he says happily. “I know Ian Svenonious said something along the lines of, ‘Every artist is just running screaming from their previous failures,’ and I agree with that, because as soon as a record is done, I take stock of what we’ve learned from it and how we can make the next one better.”