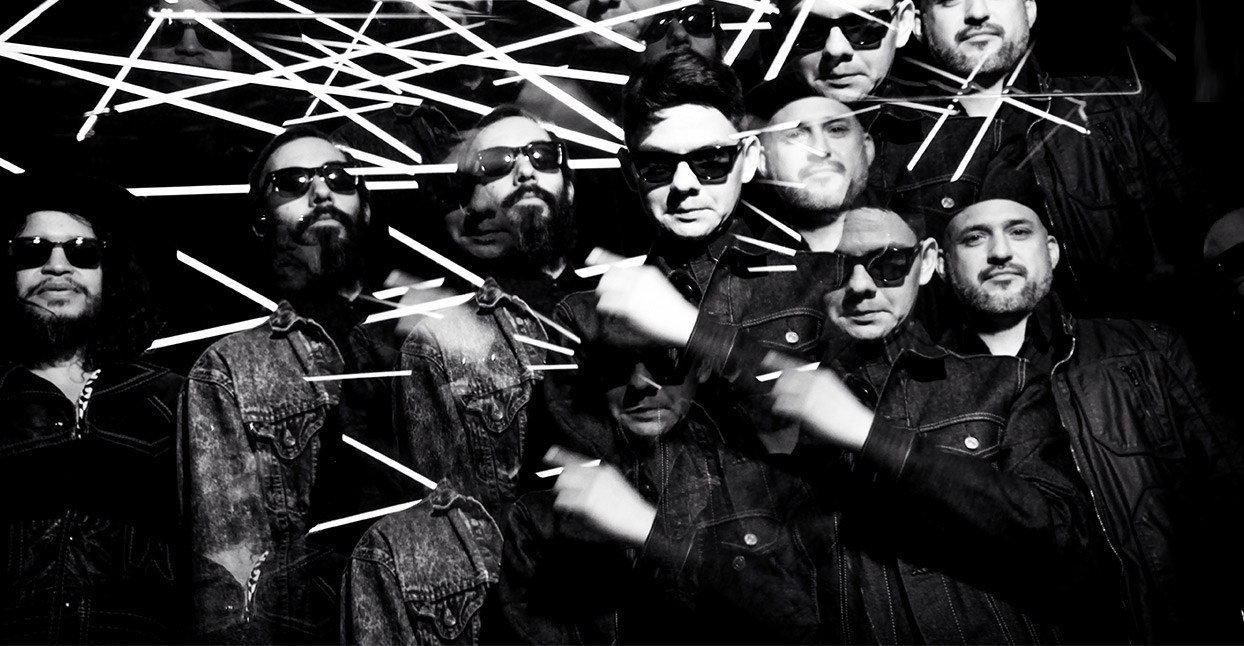 International Anthem has established itself as Chicago’s premiere jazz label by highlighting the threads that tie jazz together: the experimentalism, the roots, and the soul. Trumpeter Jaimie Branch hones in on the avant-garde and multi-instrumentalist Jeff Parker peppers his art with alternative funk. Producer Ben LaMar Gay infuses his music with experimental cues from rock ‘n’ roll, neo-classical composers, and electronic texturalists.

Still, each branch of the label tree grows from jazz, and there’s perhaps no greater example of its eclectic approach than Chicago-based quintet, Dos Santos. “We like to play music that’s reflective of [the city] and the community we’ve built,” says Alex Chavez, the band leader of Dos Santos, over the phone. “We arrived at a moment where we built this relationship with International Anthem, which is a really big part of the sound that’s captured on the record [Logos]… they really supported us; we had this added element of time.”

For Chavez (who sings and plays guitar, keys, and percussion) and Dos Santos, the music is a fascinating blend of cabaret, cumbia, and Latinx punk, all wildly wrapped in a jazz framework. Their new album, Logos, tries to make sense of the band’s diverse backgrounds and influences, sifting and sorting often disparate ideas into a beautifully eclectic release.

“Córdva” is a mind-melter, with earth-scorching guitar tones and clanging percussion that doesn’t accompany the melody so much as it fights it. This is Afro-jazz alchemized into the traditional sounds of Chicago’s Latinx rock scene. The title track starts and stops like cars in gridlock before an ascending horn line pushes the band towards a groove that blends Afrobeat with American soul music, all supporting Chavez’s impassioned Spanish vocal delivery. Another ripping guitar solo leads the band to the track’s conclusion, and it becomes apparent that Dos Santos may just be the missing link from Jimi Hendrix to Kamasi Washington.

With Logos, the seams are effortlessly hidden; influences come and go and flow from one to the next. “Purísima” conjures long lost wraiths with its spooky synth introduction, before the band introduce a warped take on traditional cumbia backed by hollow organ stabs and percussive interludes. “Sole Party” takes its cues from Zamrock before effortless, grooving guitar lines segue the track into a faux-salsa.

“We’re kind of a bridge,” Chavez says. “A lot of music comes out of Chicago and in some ways it goes underappreciated… it also seems like a lot of scenes are segregated from one another. There’s an interesting moment where there seems to be a lot of bridging between scenes, or at the very least, conversations between scenes.

“We have our feet in different places throughout the city—both sonically and creatively,” Chavez continues. “Some of that is certainly the Latino music scene or Latino alternative scene, but even then, we’re an outlier, because there’s a gap between say, the Latino punk scene or the jazz scene. We were really unapologetic about harkening towards roots music.”

While Logos consistently veers away from the jazz roots most International Anthem artists adhere to, the underlying pulse of the album is deeply indebted to the freewheeling spirit of the genre.

“I think the label understood from the beginning that jazz is shorthand for what they do. But they’re really into folks who are doing progressive music and folks who are engaging in improvisation—that’s definitely what we do. We take these styles and do with them whatever we want,” Chavez says.

Dos Santos’ goal is to be a mirror for Chicago’s diversity, and to an even larger extent, America’s. Logos fuses the sounds of Dos Santos’ home with grace and ease, showcasing the sides of the city to which we’re not always exposed. “America is one of the largest Spanish-speaking countries on Earth,” Chavez says with a laugh. “We’re taking rhythms from everywhere. Salsa is [derived] from the Afro-Caribbean, but that music is born on the cold city streets of New York in the 1970s. This displacement that happens to Latinos all the time, it’s still of here. There’s a reality here, and it’s not too dissimilar from what a lot of our labelmates are doing—Ben LaMar Gay, Jaimie Branch, and everyone else. Just paving a way for progressive music.”

Dos Santos may take their ideas, rhythms, and styles from around the globe, but their sound, their heart, is certainly of here, too. Wherever that may be, Dos Santos will be there, waiting to greet you with open arms.