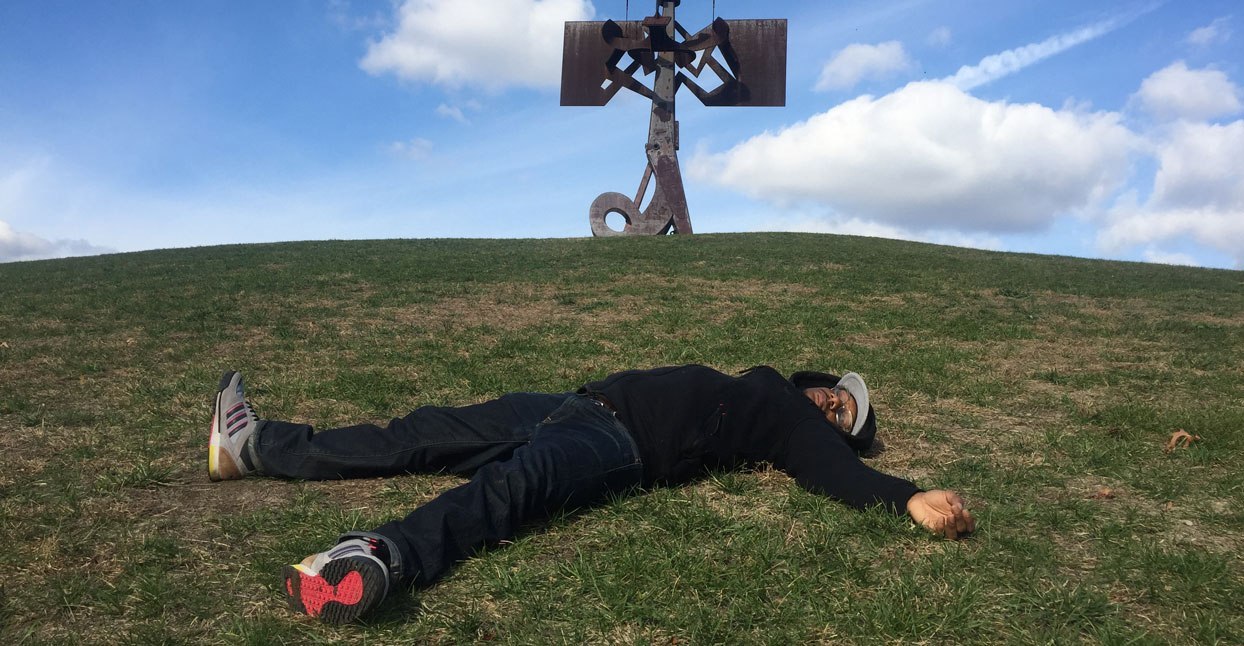 It’s a balmy spring afternoon in Bedford-Stuyvesant, Brooklyn, and Donwill is taking a break between his second and third loads of laundry to chat about his new album, One Word No Space. The 12-track project brims with the sort of concept-focussed songs that characterize the rapper’s previous releases, including 2011’s Don Cusack in High Fidelity, based on the John Cusack movie name-checked in the title, and the run of albums he recorded as part of Tanya Morgan, a group whose music radiates the clear influence of Native Tongues. But this time around, the 42-year-old’s gotten more vulnerable in his songwriting, penning verses that document his journey to figure out his identity and his place in the world over soulful but sturdy production delivered by his bandmate Von Pea.

“I talk to myself a lot, and I decided to do it on a record for once,” he says. “The whole album is about when you doubt the path you’ve paved for yourself—even if that path is a beautifully smooth highway, you’re wondering if a rougher road makes for a stronger character, or if there was there a better path a few exits back.”

Donwill’s music career began in Cincinnati, where he was raised. He felt the calling to move to New York City to be closer to a community of artists he’d befriended online—including Che Grand, Spec Boogie, and Elucid—and to experience a tighter connection to people on a day-to-day basis. “You can be on the train sitting across from someone with six figures in their checking account who’s also across from someone laid out in the car ’cause they don’t have anywhere to sleep,” he says. “It’s just this petri dish of everybody locked together, and it’s fascinating.”

A series of solo and group projects followed Tanya Morgan’s 2006 LP Moonlighting, a well-received album that was based around the sort of chopped-up soul loops and robust drum patterns that Little Brother once rode to indie rap acclaim. But instead of staying rooted in the hip-hop scene, Donwill started spreading his talents into the comedy world: He’s produced music for Last Week Tonight With John Oliver, acts as the house DJ for 2 Dope Queens, and co-hosts a movie screening night with Wyatt Cenac, on whose HBO show Problem Areas Donwill serves as the music consultant. It’s resulted in a multifaceted resume—but it’s also caused his credentials as an MC to get lost in the shuffle. In his view, that’s caused by the fact that he’s “not being laser-focused. I’m doing so much that nobody can squarely identify it, where in terms of my contemporaries who are known purely for music, that’s their focus.”

One Word No Space is out to change that. Smart and emotive ideas abound: “Service Delay” imagines the trajectory of a rap career as the New York City subway system, complete with inevitable malfunctions; “Screens” co-stars Quelle Chris, and the two MCs address the all-consuming nature of the Internet. “So much of our daily fabric is woven into this thing,” says Quelle. “The song’s a feeling of madness set to a serene canvas.”

The heart of the album is “Settle Up,” where Donwill reconsiders his dreams, as life’s goalposts inevitably shift. “I get a certain feeling when I listen to ‘Settle Up’ and it sums up the underlying mood of the album to me,” says Von Pea, who produced the bass-heavy beat. “Don knows how to get to the point but still do it in an indirect and poetic way.” Quelle speaks about Donwill’s writing style and delivery similarly: “While I enjoy a good ol’ over-the-top caricature MC, Don is one of those fly, give-it-to-‘em-how-I-give-it-on-the-daily MCs. It’s more of a conversational style—when you listen to Don rap, you’re meeting Don the man, not the character.”

Conveying his natural personality through rap is a skill he’s honed by hanging around comedians, and noticing how they embrace their character—including flaws—in their routines. “I’m very self-deprecating, and rap is a very braggadocious thing, so it never feels vulnerable,” he explains. “It always feels like some sort of posturing is going on. But I’m at an age where I don’t want to posture: I want to be able to have a real conversation. When you say, ‘How’s your day going?’ I want to say I’m on my third load of laundry, and I’m tired of doing laundry.” With characteristic humbleness he adds, “If you listen to this album and then you have a conversation with me, it’s the same person.”