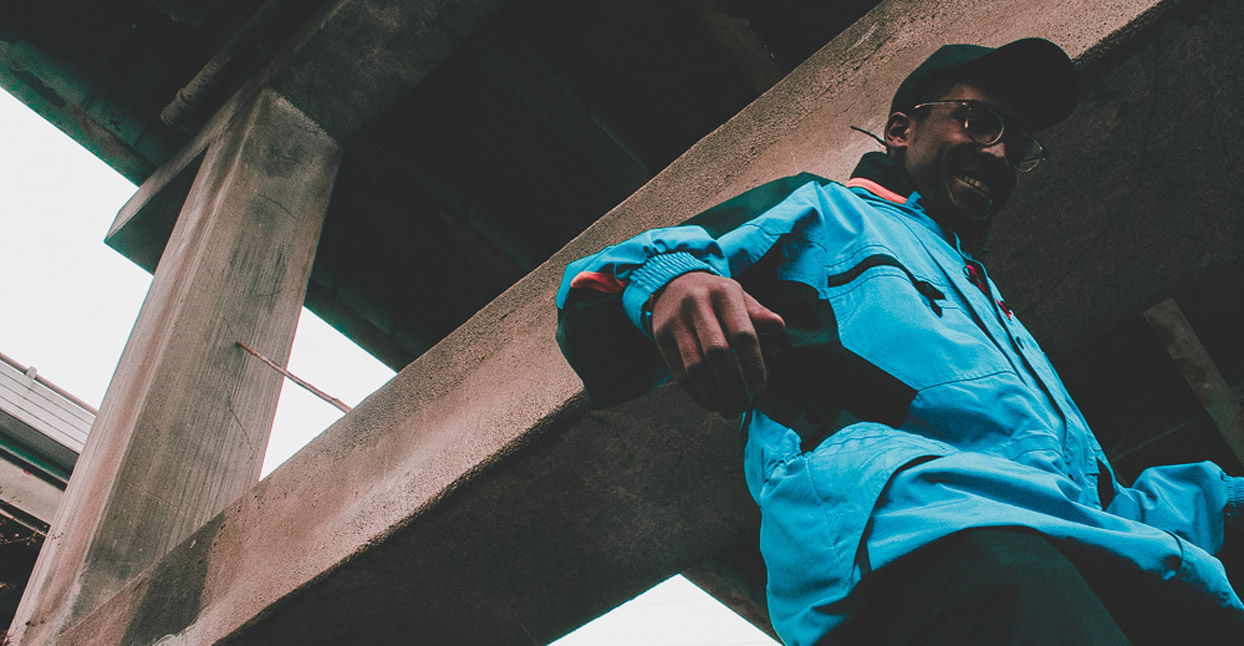 Sitting almost perfectly in the center of Virginia, Richmond is a city of dual identities. On one side, it is home to a host of Fortune 500 companies; on the other, more than 25 percent of its population lives below the poverty line. Known as ‘The River City,’ the music of Richmond has a similar duality. Home to influential rapper Mad Skillz and the source of whatever divine supernatural forces brought D’Angelo into this world, the city also gave us Lamb of God and cosplay-chic shock rockers GWAR. With a population of just over 200,000, Richmond punches far beyond its musical weight. But in hip-hop circles, the city is largely ignored. Still, as MCs like Fly Anakin and the André 3000-heralded Divine Council rep the RVA, behind the scenes, a new generation of genre-spanning producers are slowly amassing a humbling body of work. “In Richmond, it’s all about a group of people and how hard their talent is,” says Tuamie, a musician and Richmond native now living in Georgia. “That’s what kept me creating while I was there, and what keeps me doing it when I’m not. Richmond will never stop, that’s a guarantee.”

Owing its musical foundations to the loop-driven instrumentals of L.A.’s beat scene and the G-Funk-inspired haze though which Flying Lotus and Mndsgn. made their names, Richmond is built on murkier foundations than its West Coast counterpart. “Richmond and L.A. are on the same latitude line, so I like to think we share the same energy,” says Satellite Syndicate label owner BSTFRND. But without the prestige and built-in fan bases that L.A. producers enjoy, Richmond natives built their names on a grassroots level, turning hip-hop instrumentals into kaleidoscopic soundscapes.

One of America’s oldest cities, Richmond is also one of its most tumultuous. Incorporated in 1742, Richmond was the city where founding father Patrick Henry gave his ‘Give me liberty, or give me death’ declaration, which brought Virginia into the Revolutionary War. In an ironic twist, considering Henry’s famous appeal for independence in the American Civil War, Richmond became the capital of the Confederacy. Later, during the era of segregation, Richmond was home to the ‘epicentre of black finance’ known as the Black Wall Street, funding black-owned businesses and community investment. The ward became a thriving business and creative hub, until the construction of Interstate 95 in the ‘50s split the neighborhood down the middle and displaced its community.

“I’m not going to say the highway is what fucked it up…but it did kinda mess it up,” says producer and Butcher Brown keyboardist DJ Harrison. Although Jackson Ward’s demise is still felt to this day, the area didn’t completely vanish when the Interstate forever altered the landscape. Instead, it helped shape the sound of the city. Harrison’s parents introduced him to music at a young age, as a way to keep him out of trouble. The old jazz and soul records they handed down to him became newfound sample sources. “Richmond is a historical city,” he continues. “We keep that same historical significance in our music, owing back to the masters we grew up with. We use that as an influence, and to hold on to the traditions but put a new flavor on it for today.”

In a city where punk and rock are popular, hip-hop is still held at arm’s length. “That’s a long standing truth—the city is definitely more welcoming to guitar music,” says Ohbliv, (or Dark Twaine, if you’re more familiar with the experimental, ambient music he makes under that pseudonym). At best, the greater opportunities given to guitar bands in Richmond—from fans and venues alike—stems from a misunderstanding of local hip-hop and the wider culture surrounding it. “The hip-hop community doesn’t always do itself any favors. People show up late to shows, miss soundchecks, stuff like that,” BSTFRND admits. But at worst, that isolation is based on a wider prejudice that still remains. “We’re fighting some old concepts and race issues that haven’t really been resolved in this area,” Ohbliv says. “For a few years now, we’ve had confederate flag-waving protestors in the city. But the hip-hop community is actively out there, asking questions of these people. So in Richmond, there is definitely political engagement within hip-hop.”

With so many hurdles keeping their sound from being heard, the city’s hip-hop producers have been forced to find new avenues to promote themselves. Instead of waiting for a label to pick him up Tuamie has instead self-released 33 projects. BSTFRND’s regular event series at The Camel—one of the few legitimate hip-hop friendly venues in the city—is the go-to place for Richmond’s next wave, and a homebase for the label’s collective of beatmakers, including ScoopKid, Sittasines and Ozark. But other venues shun hip-hop shows—Ohbliv described how he was once kicked off-stage mid-set after being told, ‘We don’t play this kind of music here’ by a venue owner—so house parties have taken their place. Found in leafy suburbs and shared apartment blocks across the city, these word-of-mouth venues provide makeshift spaces for this small community. That is, until the cops shut them down. “The city is held together in a completely DIY way,” BSTFRND continues. “Every event you go to feels completely thrown together.”

As a result, a DIY, almost self-governing communal live scene has emerged. For house party regular Ozark, these parties emphasize “safer spaces, inclusivity, and a representation of marginalized voices,” something that is undeniably vital in Trump’s America. For Richmond beatmakers, these shows have a “cut-and-paste” approach to promoting their rough-and-ready sound. “The striving for social and political enlightenment has been a continuing theme within the scene for years now,” Ozark continues. “That mindset is at the forefront of the DIY scene here in Richmond. There is a reactionary attitude to what we do that comes out in the music for sure.”

It’s taken a while for Richmond artists to find recognition outside of the city’s borders. The DMV (DC, Maryland, Virginia) movement that brought Wale into the mainstream consciousness in the mid ’00s didn’t include Richmond’s area code. “Around that time I was repping the DMV until I was told I couldn’t be a part of it because Richmond wasn’t considered ‘The DMV’,” Ohbliv confesses. “I’m over it, but there was a little bit of bitterness about that for a while. Only after we began repping Richmond did things start taking off.”

Since wearing the RVA as a badge of honor, its artists have begun netting acclaim both on home turf and beyond Richmond’s barriers. Recent collaborations with Fly Anakin and Koncept Jack$on on the new ‘Chapel Drive’ mixtape have caused BSTFRND to become one of the RVA’s newest go-to beatmakers, while Tuamie joins Ras G and Stro Elliot as one of Street Corner Music’s most prominent signings. Further afield, Ohbliv was featured on the ‘Sofie’s SOS Tape’ compilation sourced by the London-based NTS Radio host Sofie Fatouretchi. And DJ Harrison was recently signed to one of hip-hop’s biggest labels, Stones Throw. “I tell all the young cats that this is what I’ve been waiting for,” Ohbliv says. “We’ve finally become ambassadors for our city, finally we’re carrying our vibe elsewhere. This burst of energy and talent, this is what I’ve been working towards this whole time.”