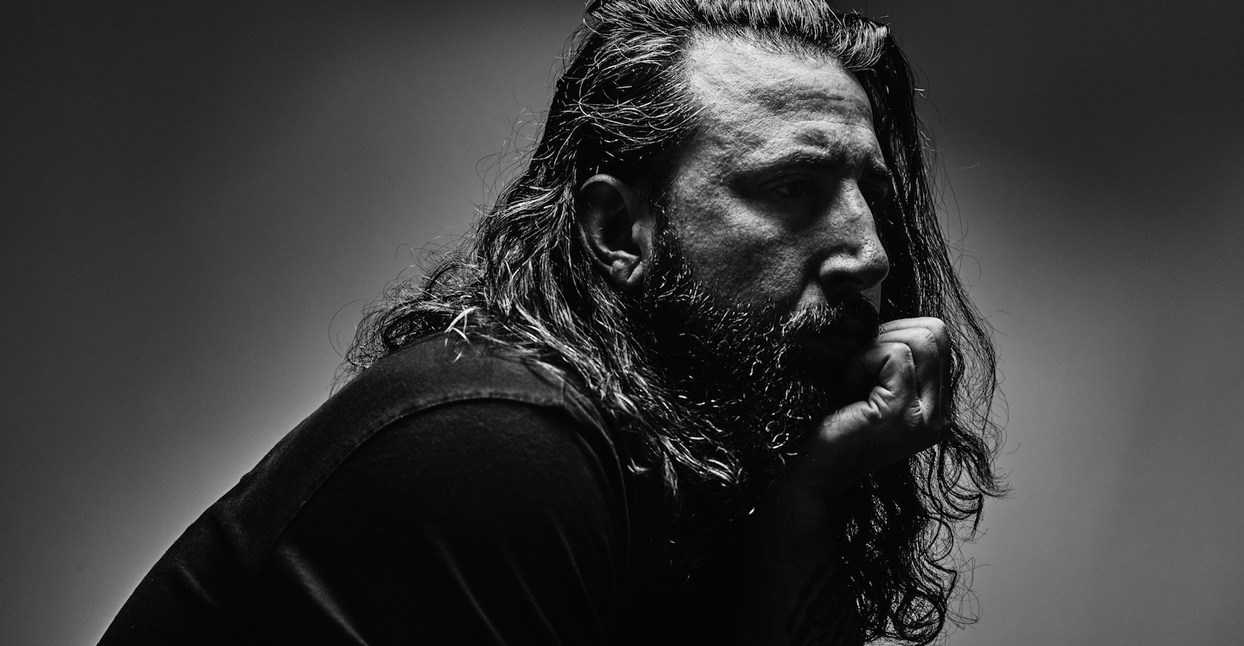 If it were up to him, Ben Majoy, who records as Diamondstein, never would have returned to Chemical Valley. The area—which encompasses a stretch of land near West Virginia’s capital city of Charleston, running along the Elk and Kanawha rivers—was given its bleak nickname by locals, after a string of chemical plants run by mega corporations like Dupont, Dow, Monsanto, Union Carbide, and several others began springing up alongside the rivers. Diamonstein, an electronic musician who left the area at age 18, recalls the plants as being both a blessing and a curse. On the one hand, they provided work for people who lived in the area, and attracted out-of-towners with the prospect of stable employment. On the other hand, before the plants moved in, the area was largely agrarian—and farming is far less of an environmental threat than enormous, smoke-belching plants. Case in point: the alarming number of hazardous, plant-related accidents that have besieged the area—including Majoy’s own hometown of Parkersburg.

The reason Majoy returned was to help his mother care for his father, who had recently been diagnosed with ALS. The trip back gave him a grim new perspective on the place he grew up. “When you’re from a place like that, you’re not aware of what that means to the larger United States,” he says. “It’s not about smokestacks—it’s about what the smokestacks mean to a place that has no other economic livelihood. Think about the relationship that towns like that have with the economy—even though it’s literally killing people, it is also the way people survive there. People who graduated from the hard work of farming went into the plants, but then the plants left. So you have a lot of advanced welders or machinists… you can’t really downgrade from that skill. Even if they wanted to go to cities, it’s hard—the culture is so different, vocations are so different. When I went back, I had friends that grew up with, or that I played on sports teams with who were now heroin addicts. There are all these strange problems you only realize after you go back.”

In addition to grappling with the realities of the place where he grew up, Majoy also had to physically confront the reality of his father’s illness. “He told me he had about six months left. I let people at work know that I had to move home,” he says. He bought a new car and set off on the 36-hour drive from Los Angeles to Parkersburg, West Virginia, moving into a room on the second floor of his parents’ house, and assumed his daunting new role as a caretaker. “It was horrifying—the strange thing of seeing someone you know atrophying right before your eyes. My dad was a strong and stout guy, and for five or six months, I just watched him get worse and worse. I was doing things like brushing my dad’s teeth. When you’re doing something like that when you’re older than 18, and your parents had authority before… it’s just a very humanizing experience. It’s very different from when somebody has cancer where there’s a little bit of hope—’We’re gonna beat this, we’re going to get through this together.’ When somebody has a fatal and clearly terminal disease with a somewhat defined timeline… I don’t want to say there’s no point in hope, but it doesn’t seem like a good move.”

That experience became the backbone for Majoys new record as Diamondstein, Reflecting On A Dying Man, a haunting, enveloping electronic album set against the backdrop of a decaying city that allowed Majoy to process his loss while also coming to grips with the place he grew up. For each song on the album, Majoy wrote a short story designed to amplify its themes: The pulsing “Chasing Cops,” with its roaring percussion track and slashing, synthwave-y melody, is accompanied by a story of Majoy driving to crime scenes he heard over the police dispatch, and being confronted with bleak, tragic tableaus. “Antique Stores,” which whirrs and clicks like an old grandfather clock, combines a memory of the decaying shops in Majoy’s hometown with his father’s love of antiques. The more you listen, the more you begin to see a twin narrative emerge, the slow collapse of Majoy’s father mirrored by the similar collapse of Chemical Valley in general. Throughout, Majoy touches on a host of electronic styles—suffocating darkwave in closing track “Cold to the Touch,” baleful ambient in “Since the Beginning,” and jagged, mutated drum ‘n’ bass on “Rumors of Crime.”

“Doing instrumental music—I don’t wanna say it’s all about a certain thing, it’s not that prescribed,” Majoy says. “But it’s meant to evoke the personality of that place. Some of my music is beautiful and sad, and some of it is really harsh and industrial.” Reflecting manages that balance expertly, standing as a moving portrait of loss. Nowhere does it cut deeper than on the tense, rippling “Someday You’ll Have This Too.” Its deep bass and anxious layers of synth build and quiver, ending in a frantic onrush of siren-like sound that threatens to swallow the song whole. The track’s name comes from something Majoy’s mother said to him, when he noticed his father taking antidepressants.

But for all of its harrowing subject matter, Reflecting also offered an opportunity for Majoy to process his thoughts, and to work toward some kind of closure. The brief, one minute “School Town Cinema” repeats a single, gentle piano phrase over and over. It starts off sounding mournful; but by the end, it has become peaceful and comforting. “I think it’s easy to say that writing this album was a sort of coping mechanism,” he says, “but I never really thought of it that way. I always thought of it as a sort of journal of what I thought about, learned, and perceived during that time period. In a way, this is a sort of healing and closure. ut for me, it felt more meditative. The concept of death and dying is a confusing, disorienting experience to witness. For me, this really was an experience entirely about reflecting on the spectrum of what dying might mean.”