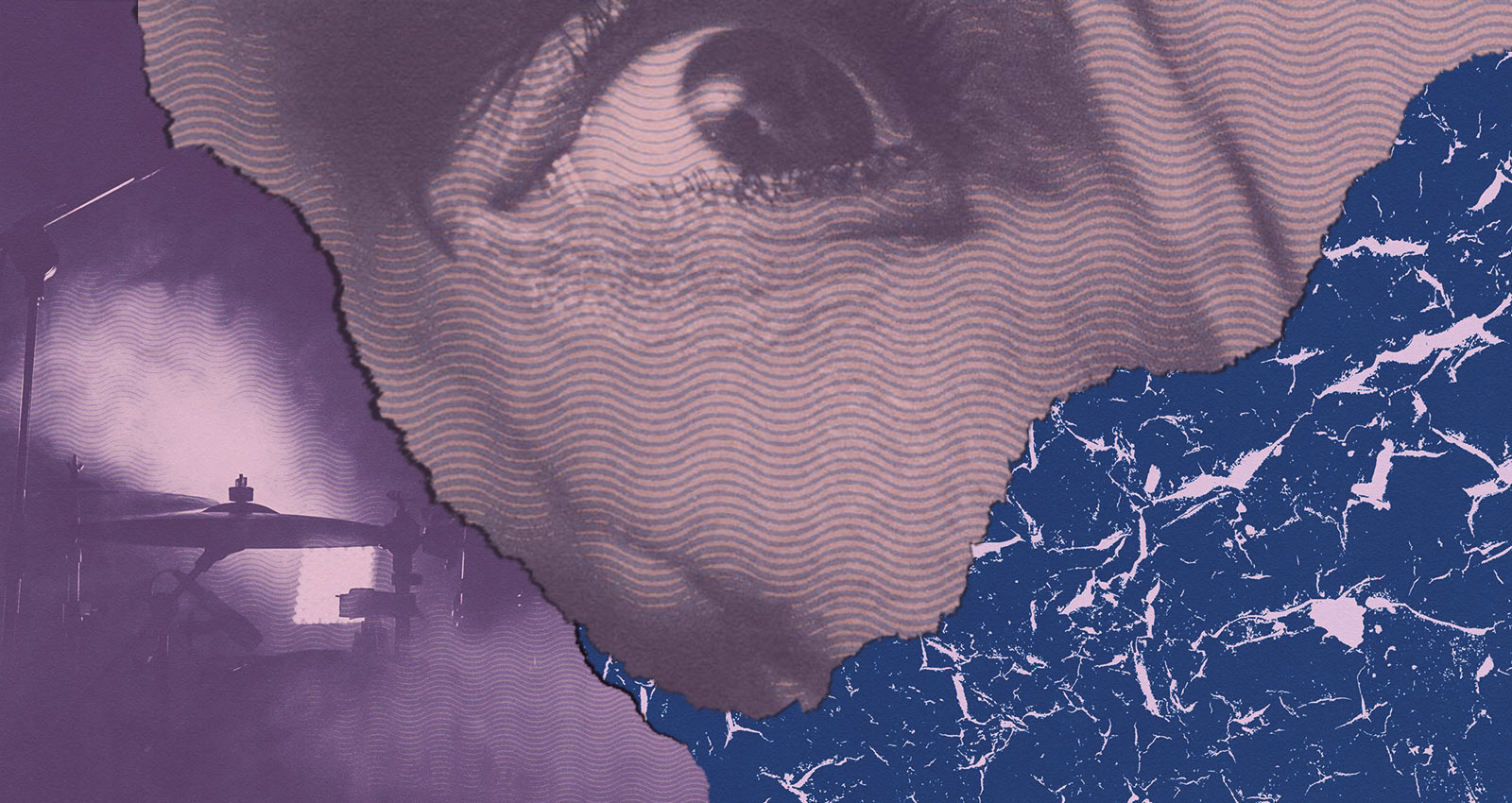 The song is 30 seconds long, a minute at most. The drums are a blast of kick and snare; the guitars and bass blend together in a rumbling, noisy blur; the vocals are a raw-throated cry of rage. Is it grindcore or is it powerviolence? The two subgenres have much in common, and yet, for those whose ears are attuned to minute differences in subgenre, the distinction is clear.

Grindcore was created in the UK by Napalm Death, drawing influence from Discharge, Amebix, and Crass, as well as Massachusetts punk band Siege, but played faster and more furiously than any of them and post-punk and death metal thrown into the sonic blender. Powerviolence emerged just slightly later; if Napalm’s 1987 debut Scum was grindcore’s Year Zero release, Infest’s Slave, from 1988, announced the coming of powerviolence. It was primarily an American West Coast phenomenon at first, though it built on the land speed records set by early ’80s acts like Houston’s D.R.I. and Detroit’s Negative Approach. Man Is The Bastard, Crossed Out, No Comment, and Capitalist Casualties were among the most notable first-wave powerviolence acts, all of which buried hoarsely barked lyrics with a strong (if generally cynical) political edge under a storm of blazing punk riffs and disorientingly sudden tempo changes.

Despise You were part of the second wave of powerviolence bands. They formed in 1993 in Los Angeles’s Inglewood neighborhood. The group’s primary creative forces were vocalist Chris Elder and guitarist Phil Vera, with a pool of supporting players that included Jerry Flores from Excruciating Terror on guitar, Frank Acevez from Stapled Shut on bass, and either Rob Alaniz from Rise and Evildead or Martin Alvarado of Stapled Shut and Excruciating Terror on drums. What really made Despise You stand out from the pack, though, was the voice of bassist and co-lead vocalist Lourdes “Lulu” Hernandez, who was in high school at the time and perhaps for that reason used the pseudonym Letitia on records. Her fierce, anti-melodic shouts injected the music with the kind of rage that only a teenager can muster.

Because they didn’t play live, the group’s image was crucial (Elder suffered from stage fright, so he determined that Despise You should remain a studio project). Their stark, black-and-white graphics featured a logo written in a blackletter Gothic font like those used by L.A.’s Mexican gangs, and photos that portrayed the despair of urban poverty: dead bodies lying in the street, men bleeding from encounters with police, children playing in bombed-out buildings. None of the band members ever claimed gang affiliation, but they certainly walked up to the line, with some using the pseudonyms “Jose Morales” and “Alex Morales” on early releases. (They later claimed that was to avoid the band being tagged as “members of…bla bla bla.”)

The other thing that set Despise You apart from their powerviolence peers was the highly personal nature of their lyrics, which drew from Elder’s traumatic childhood. On the track “My West Side Horizon,” he recalls seeing a woman commit suicide, leaping off the roof of an elementary school. He howls, “We saw her jump when I was nine…We found her before the fuckin’ pigs.” Other songs have titles like “End Me,” “Lost & Losing,” “No More…Feelings,” “Imajinate Que It’s Fine,” and “Culpa Mia.” In a way, their bleak worldview and deep core of depression could reference another classic West Coast hardcore band, Suicidal Tendencies, but Elder never had frontman Mike Muir’s flair for the operatic, which led them to expand into metal and even funk. Despise You kept their music as brutally simple as their lyrics were raw.

The first Despise You songs appeared on the Cry Now, Cry Later compilations, double 7-inch sets co-released by Theologian and Elder’s Pessimiser label. Their short, furious blasts fit comfortably alongside tracks by Capitalist Casualties, Eyehategod, Grief, Meat Shits, and others. Soon, they were issuing split EPs with Suppression, Crom, and Stapled Shut, and stuffing nine tracks onto one side of the Left Back/Let Down compilation, which they shared with Stapled Shut, Crom, and Spazz. (One of those was a cover of D.R.I’s “Couch Slouch,” a nod to their roots.) The last thing they released was a 13-track, self-titled 7-inch recorded in 1995.

In 1999, Elder pounded what seemed to be the final nail into the band’s existence with the compilation West Side Horizons, a 62-track CD that gathered all three splits; the self-titled EP; a compilation track or two; and 16 previously unreleased songs. Fifteen of those had been intended for a split LP with Man Is The Bastard, but they never got around to tracking vocals for their side, so the project fell apart. Because of the group’s relatively short lifespan and the fact that most of the members were in other bands, thus limiting their availability, Despise You’s initial studio work was recorded in a few bursts, over a period of less than two years. This gives West Side Horizons a remarkable consistency; it all sounds like one long, uncontrollable tantrum, with a typically stark and disturbing cover depicting a person holding a syringe in their mouth with multiple teeth missing.

The compilation was out of print for many years, but somehow the legend of Despise You, the band that never played live but made some of the most punishing powerviolence ever, only seemed to grow. Then, out of nowhere, the band reunited in 2007…and even appeared onstage. They didn’t exactly become hard-touring road dogs, but they were around, a little. In 2011, they released And On And On…, a split EP with Agoraphobic Nosebleed that included a rewritten cover of Fear’s “I Don’t Care About You,” and in 2017, they were on another split with Coke Bust. But Lulu Hernandez was long gone, as were several of the other original members. It was more of a recreation of what had once been than a revival.

Ultimately, powerviolence was a moment as much as a style. There are bands still playing the style in the 21st century, but it’s really best experienced on 25-year-old split 7-inches. Despise You were legends in that era for a reason, and West Side Horizons, now reissued on the Tankcrimes label, is a crucial piece of hardcore punk history, out of print for too long.