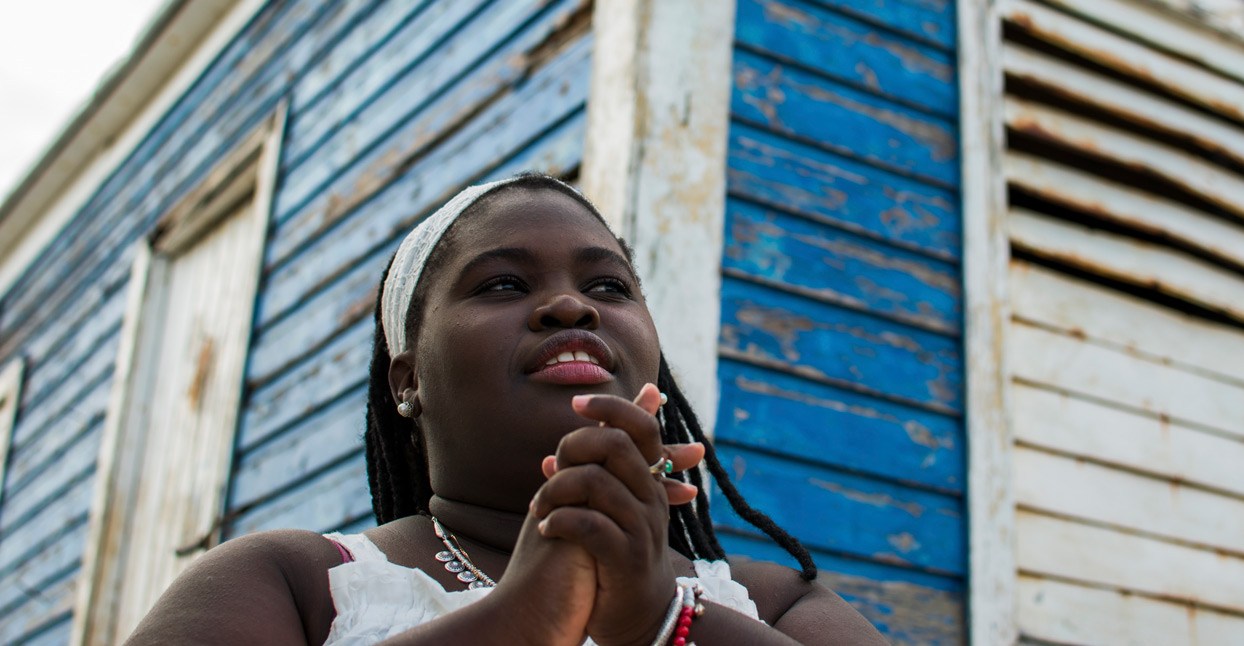 For Cuban jazz singer Daymé Arocena, the live setting is more than just an opportunity to sing some songs—it’s a chance for the audience to get an authentic glimpse of the performer behind them. “When you see an artist in the live concert, you see their soul,” she says. “It’s the most important thing for me—it’s the moment you show off who you are.”

So she was understandably concerned when she began feeling like none of her studio albums had effectively captured the authenticity she tries to convey in her shows. She’d had access to top-name producers, professional studios, and scores of musicians playing trumpets and violins, but that access turned out to be part of the problem, leading her to feel like it’s “a label making an album, not an artist. I’m not saying that that’s a bad way to make music, but I was missing an album that sounds like me, how I think, how I see the music, how I feel the music.”

With her latest album, Sonocardiogram, she made a conscious effort to avoid repeating the patterns of the past. Arocena and her four-piece band decamped to a converted garage rehearsal space in Havana, which became their makeshift studio, to create a record that would reflect the journey that made her the person she is today. “[This album is] my ideas, my music, my way to interpret, my way to compose, my way to arrange, my way to do things,” she says.

The sound of waves gently crashing on the shore in album opener “Nangareo”—named for a Santería ceremony—ushers the listener into Arocena’s world. That sound sets up a theme: the following three songs highlight Orisha deities who represent rivers, fresh water, storms, oceans and the seas. Having crossed the Atlantic with the Yoruba people of West Africa, the Orishas Oyá, Oshún, and Yemayá are central to the Santeria religion, which Arocena practices. There’s an urgency in the piano on the track “Oyá,” and Arocena’s voice holds command over the accompanying instruments as she sings and engages in a call-and-response. Near the end of “Oyá,” her voice ascends, making way for the hymnal beginning of “Oshún” before it transitions into a rhythmic meditation. Her voice alternately conveys energy, confidence, and gentleness as it glides over delicate piano keys and percussion that mark the trio of songs.

Another cornerstone of the religion are the batá drums, which are heavily featured throughout the album. Arocena fell in love with batá drumming before she began practicing Santería. Her grandmother had been a faithful follower of the religion, but her immediate family didn’t follow suit. Arocena was introduced to the religion when she stumbled upon a folkloric music workshop and heard batá drumming for the first time. She asked if she could join in; when her first attempts at playing the drums proved futile, the teacher suggested Arocena sing instead.

“Santería’s music is the base of Cuban music,” Arocena says. “It’s what makes Cuban music so rich, so interesting. Most of the rhythms we have in Cuba are coming from the batá drums. There’s no way to skip that step in our culture if you want to be a musician,” she says. Arocena’s own entry into Santería came in phases, and her mother, father, and brother soon followed in her steps. The song “Interludio” is a home recording of her family singing and drumming. The interlude serves as a bridge to the following five songs, which explore Arocena in the present “as a person who has a love story.”

In “Porque tú no estás,” she reflects on an emotionally abusive relationship that she soon realized was damaging, whereas in “Para el amor: Cantar!” represents the revelation that there are still new beginnings out there, even when you’re still amongst the ashes. It’s a soulful uptempo song; its choruses imbued with vitality in the form of her ecstatic vocal flourishes that recall the style of Stevie Wonder. It also provides a prime stage for her band to shine with her singing bookending a lengthy instrumental that gives pianist Luis Lagarza Pérez space to showcase his prowess. The song “As Feridas” charts a “crazy period” in her life when she was at her lowest; it’s followed by “Menuet para un Corazón,” about having finally arrived at a place where she was ready to give her heart again. Arocena got married recently, and the song “Not for Me”—the album’s only English-language track—represents where Arocena is now. “Now I can identify when a relationship is toxic, when it’s not giving you anything that supports you,” Arocena says.

With Sonocardiogram, Arocena has made an album that reflects both her beliefs and her relationship with her home country. And—just as important—she has made a record that finally reflects who she is when she’s on stage. “When you go to a proper recording studio, you are alone, you are by yourself,” she says of the silence. “I need contact with the crowd, I need the contact with the people. I need to feel I’m singing to someone. I really wanted to make this album with that feeling.”