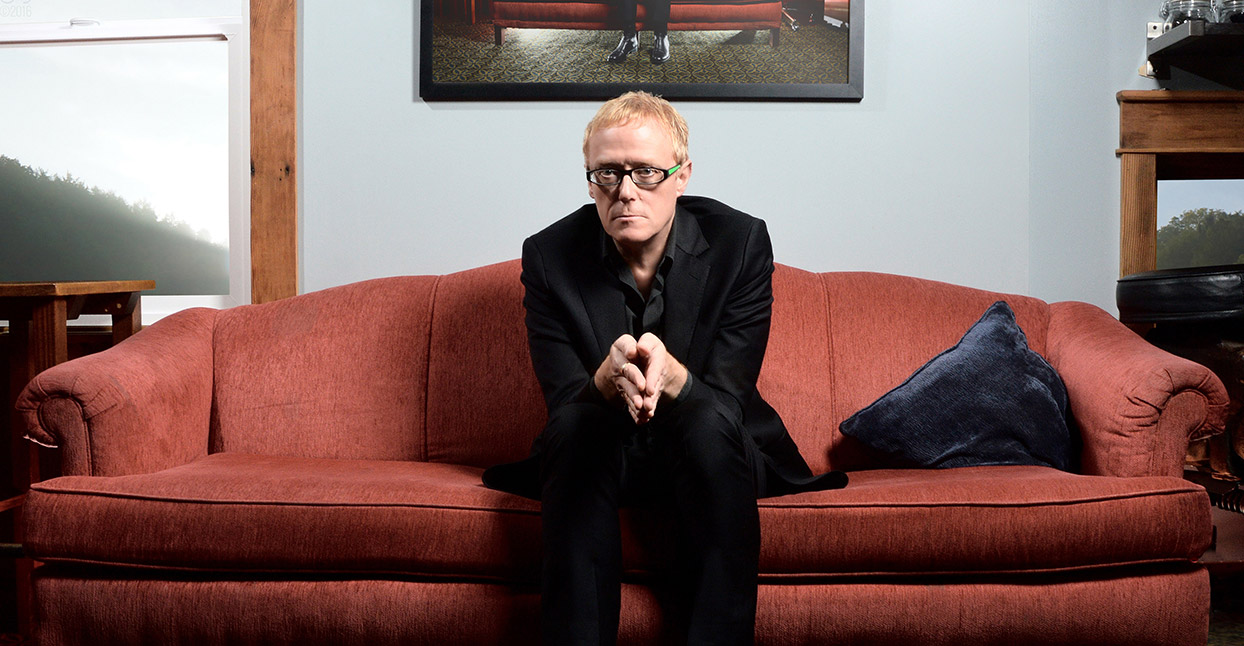 “Sometimes I’ll play for 25 people, and I’ve had a more satisfying experience than when I’ve played for 28,000.”

David J has spent more than half of his lifetime as a member of two alt-culture linchpin bands, the (inadvertent) founders of goth-rock Bauhaus and the psych-leaning Love and Rockets. But for all the stereotypes that often surrounded them, both acts embraced a broad range of styles, resisting easy categorization—a trait that’s equally evident in its members’ solo work. From the early ‘80s on, J’s solo projects have ranged across styles—from understated folk and cabaret-tinged efforts, to a series of releases with his longtime friend Alan Moore, to an inspired one-off single with a member of the actual Bauhaus school, Rene Halkett. Later this year, he’ll release a wholly new collaboration with the Detroit-based early jazz band the Theatre Bizarre Orchestra.

J’s Bandcamp page features several of his most recent albums, such as Not Long for This World and An Eclipse of Ships, as well as merchandise like t-shirts and his enjoyable artistic autobiography, Who Killed Mr. Moonlight? Even more notably, he’s also using it to sell tickets to one-off living room shows across North America—an increasingly popular path for musicians who want to tour beyond the club circuit.

We spoke with J about how he started touring this way, as well his other current plans and goals.

You’ve now worked so long, in terms of writing and releasing records, that you’ve seen the business change and then change again. Do you find that things have changed for you, in terms of how you work and write and produce? Or is it more a matter of adapting to different circumstances?

Well, it’s both. The whole landscape has changed enormously from when I started out. It’s completely different. In a way, I find it more satisfying, because there’s more control. It’s more challenging financially and in regards to distribution and things like that, because I don’t have the support of a record label behind me. I don’t have that money behind me. So I have to crowdsource and I have to hustle. I find it quite stimulating, in a way.

This has all culminated [in] these living-room shows, which I really love doing. How that came about was through a very early Kickstarter campaign—one of the prizes was that I would play in the person’s house. I ended up playing in a little kitchen in L.A., and I had such a good night that I thought, ‘This is interesting. This is like a new model.’ It cuts out the middleman, it cuts out all the downside of playing in clubs, which are numerous—I could start listing them, but you can imagine. And it’s just very familial, and it’s intimate.

Beyond it being an intimate performance, it’s also intimate in the way that I engage with the audience. You can’t really call 60 people a crowd—sometimes it’s less than that, but I usually cap it at 60. But sometimes I’ll play for 25 people, and I’ve had a more satisfying experience than when I’ve played for 28,000.

Do you come in thinking, “We’ll have a set list,” or is it very much free-flowing?

I have a set list, but there’s a fluidity to it, and I don’t necessarily stick to the set list. It’s a starting point.

Had you been selling tickets using Bandcamp as an approach before?

Well, we’ve been using Bandcamp for a while, and it’s working out really well. It’s a good setup, and it suits our whole approach. Previously, everything was all through my website. This is a more functional model; it works better for me.

Something that’s always struck me, listening to your solo work, is that there’s been a more intimate focus, and I always appreciated that. Having said that, how do you view your own work as having changed over time?

It’s not conscious and it’s not planned at all. And I’m just led by the muse, as it were. I just get ideas that bottle up, and I fall in love with the idea and I’m compelled to pursue it. That’s what motivates me. Other ideas come up and they fall by the wayside, but they don’t last. But I’m finding this is a very intensely creative time, and has been for 10 years or so.

Do you find that some of this translates into working with instruments or approaches that you haven’t tried before, or does it express itself in different ways?

Well, if I work with an instrument I’ve never played before, it’s usually a chance encounter. I’ll go to a studio or I’ll be recording in a friend’s house, and there’ll be some weird instrument lying around in the corner and I’ll seize on it. “Oh, what’s this? I’ve got to get something out of this.” And it’s sort of like they’re gifts, you know? I don’t decide, “Oh, what can I try on this? Let me try that.” Well, occasionally I do that!

Getting back to the living-room shows, are they strictly acoustic? Do you just simply show up with what you’ve got and play guitar?

I play a little nylon-string classical guitar. That’s it. Although I sometimes have other players come in, and that’s another joy about playing these gigs. I tap into local talent, and I have some brilliant musicians that join me on all sorts of instruments, from saxophone to violin, cello, keyboards, Theremins. So sometimes I am accompanied. But quite often, it’s just me solo.

So theoretically you could have a different or unexpected arrangement or performance happening on the night, depending on who’s available.

Very much so. And it’s a one-off. And it keeps the songs alive for me. I’ve been playing these songs for decades now, so by injecting these different collaborative elements, it really keeps the music alive for me. It’s stimulating, and that really translates to the audience. It’s also great because it is quite often the case that this particular combination will only happen this one night.

Is there any particular thing that you haven’t had a chance to do yet, maybe a new or old ambition that would be something like, “Boy, it would be really nice to do this, or try this sometime”?

Well, I’m doing it with [the Theatre Bizarre Orchestra]. That’s always been an interesting idea to me, because I’ve always worked with small bands or just the classic four-piece rock band. And the notion of playing with a big orchestra was always appealing. And having said that, the idea of playing with a big string section, a string orchestra, that’s a turn-on. The kind of orchestra that would back up Scott Walker in 1968.