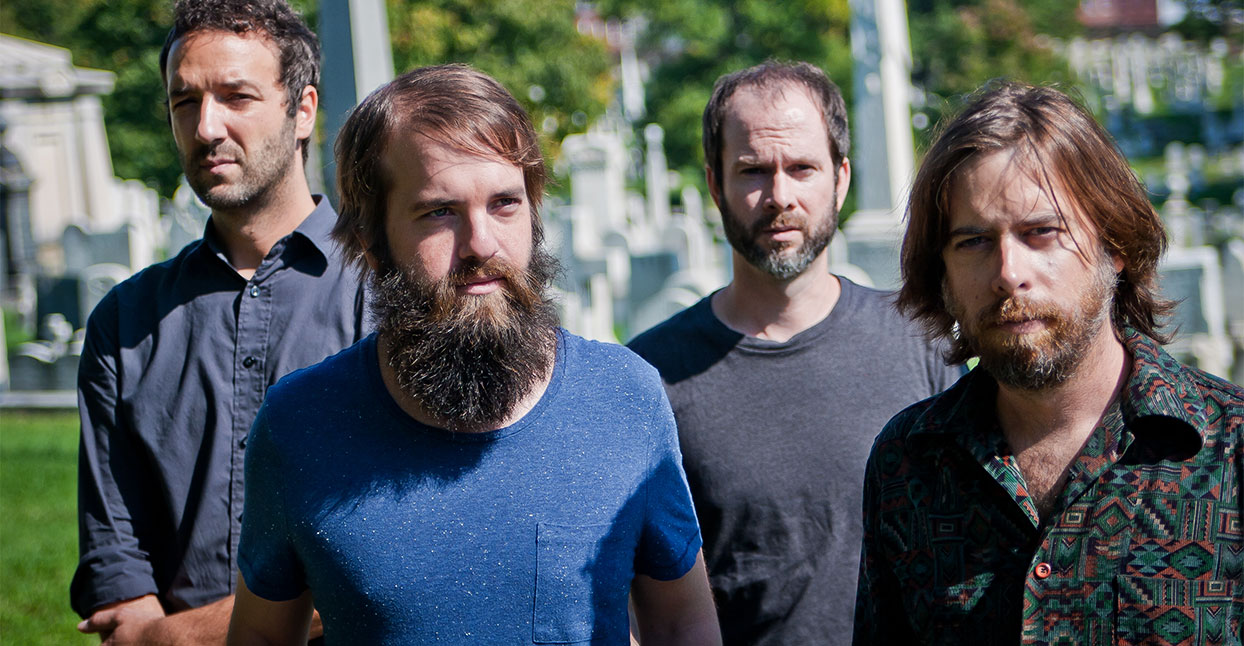 Where many of their psych-scene peers often seem so beholden to the “temple of riff” that they forget how to actually write a song, the Baltimore-based outfit Arbouretum travel a quieter path. Finding inspiration in the British folk-rock of the ‘70s—groups like Fairport Convention, Pentangle, and Steeleye Span—the group crafts their songs meticulously, paying close attention to the nuances of mood and tone, structure and tempo.

In a crowded cafe, on a chilly afternoon in Baltimore City, we talked with Arbouretum frontman Dave Heumann about his personal musical journey and poetic lineage, Taoist philosophy and mythology, and finding solace in nature.

After six full-length releases, how do you create new melodies and new material without repeating what you’ve done in the past?

For the most part, we try to stay away from making stuff that’s like what we’ve done before, but that’s not to say there won’t be similarities [between albums]. The process of finding melodies is basically a lot like it has always been. For me, I try to recreate something I hear in my head—playing and singing something until a melody presents itself. Then it is just a matter of fleshing it out. Fleshing it out happens with the rest of the band.

What informs Arbouretum’s music compared to your solo work?

Arbouretum is more than just me, so things are done collaboratively as far as arrangements go and the direction that a given song will take. And even when I am the main writer of a song, it’s done so in the context of understanding if it will sound good with the band, and if it fits with the sound that we have, or would it be too much of a stretch. So, those kinds of things keep the music in a certain realm more than my solo material.

Do you feel the same way about lyrics writing? Being that you’re a singer/songwriter, is it safe to assume you have different processes for writing guitar melodies and writing lyrics?

Well, it isn’t really too different. Either way, [I’m] trying to make words fit into certain spaces and trying to make sure the song is saying something that I don’t mind putting out there. That goes for my solo music and Arbouretum. I’ve worked with the same collaborator for Arbouretum’s music [Rob Wilson], the same collaborator I’ve worked with since the very first record.

Knowing you a bit personally, and seeing your Instagram, I see that you’re are in nature a lot. You take a lot of pictures of trees and water. Does any bit of your art come from your experiences walking through natural surroundings?

Yeah, I think it does, but I’m not singing about trees or anything. It’s more like—I like going on nature walks and finding that to be a good time for reflection. It’s a good way to generate ideas. If you look at creative people throughout history, one thing that many of them have in common is going on walks. I like to put myself in that company. I prefer the scenery of the natural world than that of the human-made world. So, in that sense, it does inform my writing, though not in a literal way.

Arbouretum’s last album was released in 2013. By the time Song of the Rose is released, it will be four years between albums. Why did it take so long to release this new album?

The band took a break for a year in 2014. The band was on a once-every-two-years [album] cycle. That got disrupted, which kind of pushed everything back. Even though that was only for a year, I got into the [album] cycle of my solo record, Here in the Deep. I also had a solo cassette release on 20/20 Records (and Bandcamp) called Cloud Hands. So, that all happened. It took a year for the band to write all of the songs as well.

There’s been a lot of controversial—and stressful—sociopolitical activity going on in our country and culture right now. Does any of your music refer to our culture’s social and political climate right now?

The album was written before the presidential election cycle got started in earnest, but with anything, I can look into stuff and see parallels that are there and think, “Oh, that can reflect on a situation.”

What’s the new album about?

Do you think songwriting is in your DNA?

Maybe. But he was a poet, and I don’t really like a lot of his poems. I don’t know if songwriting is in my DNA. Sometimes it skips generations.

You think so? Are you parents good writers?

Yeah, absolutely. My parents? No, not really. I wouldn’t say they are horrible, but it’s not anything either of them pursue. While something might be innate in someone, they still have to take it up for it to show itself. I just kind of told myself that that was something I wanted to do. I just had a drive to do it. I would listen to Bob Dylan as a teenager and was influenced, but it was just something I personally wanted to pursue. My parents didn’t push me into a musical direction. There were instruments around the house, so I would try things out on piano and guitar, but I wasn’t driven by my family to pursue it.

You’re going to make music until you die?

Doesn’t mean you have to do it for a living. People make their living however they choose. I’m going to be doing it for as long as I have things to express. I always have ideas I want to get out. It’s nothing you can rely on [financially] because inspiration comes and goes.

Anything else you want to say about the album?

It’s a little more detail-oriented that the last album. We’re painting with a finer brush. Lyrically, our albums have referenced literature or were based upon something I was reading [in the past]. This record has none of that. It all comes from personal experience or imagination or mythical and philosophical themes. For instance, I’m reading something from the Chinese philosopher, Lao Tzu. That’s philosophical, and some of his writing has mythological imagery. I think Taoist philosophy and mythology had a big influence on this record.

Are you really into any specific songs on Song of the Rose?

The first song in particular, “Call Upon the Fire”, relates loosely to ideas from Taoism and Chinese medicine, like breaking through stagnation by circulating elements and energies, and also has some images from Kerson and Rosemary Huang’s translation of the I Ching (which isn’t strictly Taoist, but relates). Another song, “Dirt Trails,” relates to cycles of technology and what I call “the illusion of progress.” The last song on the record is called “Woke Up on the Move” and is about humankind’s relationship with the natural world. So, nature influences my music, even if it is just this one time [laughs].

What do you mean by “illusion of process”?

What I meant by that is—how we develop these innovations that are supposed to make things easier, but they ultimately do the opposite thing of what they were intended to do, or at the very least they create a whole lot of other problems. One example is building up highways around cities that are supposed to make it easier to get around, then they get filled with traffic, so more lanes are added. Then the new, wider highways get clogged with traffic too, and also there’s more sprawl and pollution now. So you end up having created new problems trying to fix the first problem, without ultimately even fixing anything.