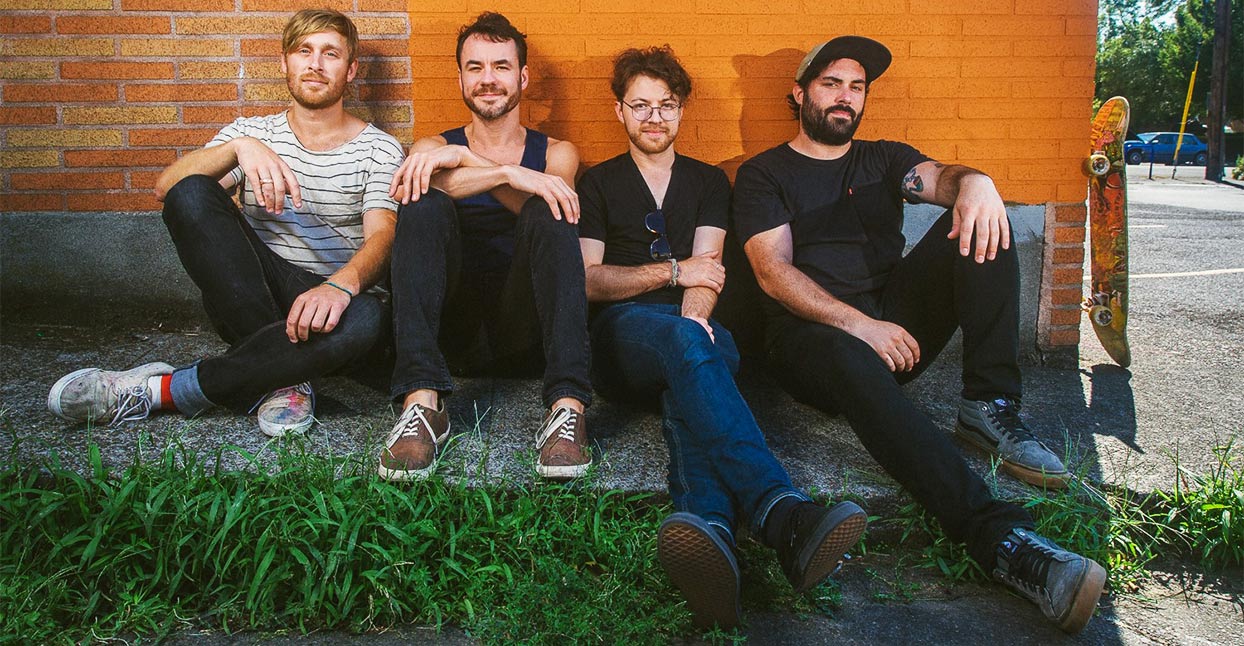 Everyone loves music borne of tragedy: mortal, romantic or otherwise. Alas, in these circumstances, the listener’s gain is inevitably a product of the artist’s loss—which Bud Wilson, linchpin and singer-guitarist of Aan, knows better than most. The band’s just-released second album, Dada Distractions, is largely the result of 2015, a year Wilson’s record label succinctly describes as having been “a motherfucker” for the man: two of his close friends died, as did his relationship of six years and the previous incarnation of Aan. Meanwhile, he looked on helplessly as his adopted hometown of Portland, Oregon, became “steadily less familiar and more expensive” in the face of gentrification.

Fortunately, rather than a document of defeat, Dada Distractions is the sworn testimony of an artist coming out fighting. A combination of simplicity and sonic surprises in the manner that has made Spoon and Built to Spill endlessly intriguing, producer Riley Geare (former drummer in fellow Portland group Unknown Mortal Orchestra) captured the sound of Wilson and his newly recruited cohorts—Travis Leipzig, Gabriel Nardin and Dana Valatka—seemingly playing for their lives in a small room. From the power chords and bongo beats of opening track “Lookout!,” the album makes plain that rock is Wilson’s redemption.

Bandcamp recently spoke to Wilson—who, despite his recent past, seemed good-humored, thoughtful, and ready to delve into the next chapter of his personal and musical life.

The circumstances that inspired Dada Distractions are, frankly, brutal. Is it helpful for listeners to understand the context in which the album was written?

In this instance, the gravity of this record is important to me that people kind of understand, otherwise it might seem kind of boring. (pause) Not boring. It might seem… just heavy for its own sake, and that’s not the intention. It’s just sort of [an emotional] release in that way. When I read the bio [which his label wrote], I was like, “Oh, shit.” But it’s true! Let’s go with it.

Does the use of the term “Dada” in the title [in reference to an early 20th-century art movement that celebrated irreverence and the nonsensical] meant to show that you see the humor in it?

That’s spot-on. I think that’s the only way to handle some of the shitty things that have gone on recently. You’ve gotta laugh and have fun with it!

As much of a cliché as it is, has it proved to be a blessing in disguise? Despite the circumstances that inspired these songs, is the album, as an end product, more gratifying to you than the last one [2014’s Amor Ad Nauseum]?

I think it’s more immediate. It certainly was written and recorded more quickly than the last record, so it has more impact for me. When I perform the songs, they’re much more real than the last record, which was more a patchwork of sonic ideas instead of ‘Let’s write a song and play it.’ I enjoy these songs more, and I think they’re just… they’re more succinct.

This album was recorded much more quickly and much more “live” than the previous one? Is one recording process more enjoyable than the other, or do they both have their virtues?

They both certainly have their virtues. The last record, it was basically recording school for me, so when we worked on it I wanted to be involved in everything we were doing. The producer and I would just pore over every idea and we were so meticulous, whereas with this record… First off, we didn’t have time to do that, because Riley—half the time was playing with [Unknown Mortal Orchestra], so he’d be in Turkey or he’d be packing up and getting ready to go to Spain. He was leaving for a tour so often that what little time we had together needed to be productive, so we didn’t dig so deep into effects. It was more about capturing the performance as best we could.

And in the moment, that didn’t bother you? Your previous instinct to tinker with things, was that gnawing at you at all?

We had a manifesto from the beginning, basically, that we weren’t going to manipulate anything in a digital way. I thought it was really important to do that this go-round, because the last record was so “in the box,” as they say. I’d written down four or five rules to go by, and one was “No tuning in the box [in post-production]”—like, the sounds that we capture are the sounds we’re going to use, so no beat correction or anything like that. It was a little frustrating at times, because I would hear maybe a kick drum not being exactly in the right spot. These are things you don’t notice even in rehearsals when you’re getting ready to record, because a lot of times you’re focused on your own parts. I might think, “That’s not exactly how I wanted it to be,” but I’m not sure that it makes for a stronger record. As a group, with everyone having a little bit of input—which is different from the last record—I think it sustained everyone’s appetite a little more. They’re glad they took part in it, versus everything getting pushed around in a computer.

Were you more of a dictator the last time, if that’s the right word?

Frankly, yes. I would change things and not tell everybody. Even on this record, I was the only one who was consistently in the control room with the engineer, checking to make sure we were getting what we want, and showing up for mixing sessions and things where not everybody else in the band could or wanted to be there.

But were you happy to surrender some of the control you enjoyed last time?

I think so, yes. And the more control that I gave up—particularly with Riley, when he had time—the more pleased I was with the outcome. I was nervous about it, and Riley’s a confident engineer and producer, so he had his own ideas. And I guess that’s part of—when you work with a producer, that’s the understanding, that they’re gonna play some role. There are things that I would maybe change, but there are a lot of things I didn’t think of that I like.

The sonic detail of your music is important to you, and you’ve described it in the past as “experimental pop.” But most people think of “experimental” as cerebral and not about emotional expression in the same way that pop music is. Were you trying to bridge the gap between those two worlds?

I think a lot of those tags—they get applied to us and I’m like, “OK.” Someone recently called us “prog-pop” because our new material has a bit more noodling in it. I don’t concern myself too much with the pop elements. I guess it’s important to make sure there’s always something in the song that keeps the listener piqued or curious. It’s hard to call us experimental, as much as I would enjoy that title. I think we’re more along the lines of a rock band by default, but I don’t necessarily push for pop or any one element. It is what it is.