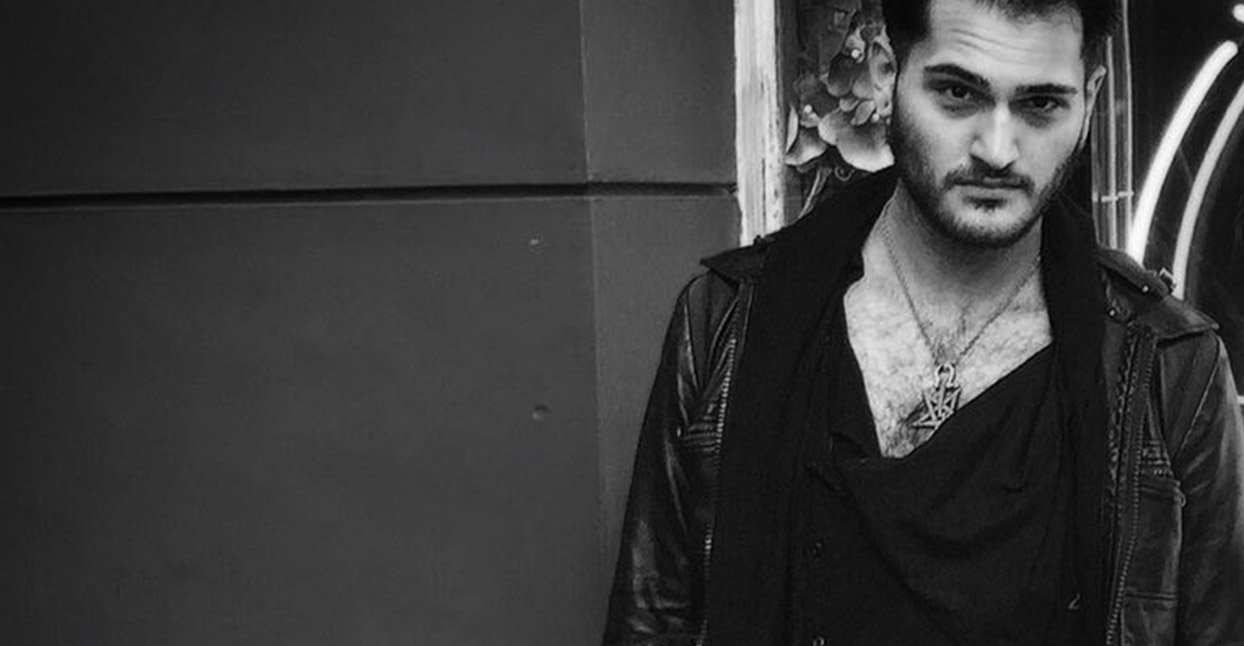 One of the most frustrating aspects of trying to survive in the noise/punk/metal underground is the premium placed on not seeming like you’re trying. Not to say effort is frowned upon, but it should be effort for its own sake, or the sake of the art. If you admit aloud that, yes, you’d like people to hear your music, you open up yourself to accusations of careerism, capitalism, and serial uncoolness. Success and its ensuing food and rent should just happen, like the weather.

We here at Bandcamp, while still having much love for those too cool for school, also embrace the strivers. Jay Gambit—who, as Crowhurst, has posted over 80 releases on his page, from drone to ambient to epic black metal—is an idealist living through the work. Gambit makes no secret of his ambition; it’s self-evident in the scope of his labor. Talking to him is a bit dizzying: he’s so in love with the music that shapes him, and the subculture that emotionally sustains him, that there were moments in our chat that almost felt surreal. He talks about mid-level post-metal bands as though they were at a critical saturation point—like, say, The Pixies—and obscure loop and drone artists like they’re pop stars who everyone knows. His tunnel vision is appealing; his enthusiasm is contagious. If we were at a bar with him, we’d have gotten whiplash from nodding while we pretended to know every musical reference.

Gambit says one of the reasons he has trouble with labels and categorization, is that he hears disparate influences in all kinds of different music. “The reason I’ve always resisted Crowhurst being a noise band or a black metal band is because genre isn’t really a thing,” he says. “Everything is a little bit of everything. If you listen to Cold World, it’s a little bit of Dvorak symphony with tremolo and reverb pedal layered on top. It’s orchestral music interpreted different ways. If you listen to the new Kendrick Lamar record, untitled unmastered, early Ennio Morricone with The Feed-Back, some Gil Scott-Heron and early dark dub records, all that stuff: it’s just moved forward and forward and we call it something else. So it’s like, this drone record? It’s really an ambient black metal record… It’s also modern classical microtonal music. We can circle jerk it for ages.”

Jay Gambit—not Crowhurst ’till moving to Philadelphia as a young man—grew up in Boca Raton, Florida. His mom didn’t listen to music. His dad did, but took his own life when Gambit was in his “early, early teens.” He started off listening to what his peers did. He says there was no good death metal scene at the time around him, so this was “embarrassing shit.” But, he continues, “I knew what terrible was, and I knew what good was. I always loved Skinny Puppy and I always loved Gwar. I loved the shit that I saw on Beavis and Butthead, and I loved classical music.”

The telling and retelling of underground scene mythology makes it easy to forget that most of us are dorks, fumbling towards discovery as best as we can and falling face first into unexpected circumstances. “I was a kid when I made my first record,” Gambit explains. “It was back when you had to go to Office Depot and get CD burners that cost a hundred dollars, and you needed a weird quasi USB cable to plug into your computer. I moved to Philadelphia and thought ‘I’m never going to another band.’ And a couple kids were like, ‘Hey, we’ll drive you to practice and we have a couple Sunn amps, and all you have to do is show up. We need a vocalist.’ I was like ‘OK!’ So I had this rad noise rock band!”

Falling face-first is exactly what brought Gambit to Bandcamp. “It was right around the time Myspace died, and you guys hadn’t really come to prominence, and we had this record that we didn’t know how to distribute,” Gambit remembers. “I was like ‘Oh. I’ll just upload the .wavs to this site. Whatever. And sure enough, it became like, ‘OK, I have [a] website [now].’ So I put up the second album. It became almost weirdly addictive. ‘I have this site now and I can host whatever I want and people can buy it if they want!’”

“There was a lot of functionality you didn’t have back then [that has since been developed],” Gambit continues. “But, still, you would let me upload my long tracks, and as people downloaded them, even longer tracks, with absolute ease. I was able to do whatever I wanted. There was no label to say ‘Don’t do this. This music isn’t sellable.’ I’d send [my recordings] to labels and they’d say ‘What you do, people will not buy. There’s no audience.’ And I was like, ‘Bullshit, people are buying my music on Bandcamp!’”

Gambit sees the Crowhurst Bandcamp page as an extension of the larger project, and fully takes advantage of it. “It’s got functionality. The No Life To Live remaster, when Steve Austin from Today Is The Day remastered it, he needed the .wav files. That stuff was in a computer that crashed. I didn’t have the masters, but you guys did. They were on your server.” But Gambit’s no myopic digital-age booster. He still values vinyl and limited-run cassettes, the pleasure of what can be held in hand. He’s also fully aware of the premium put on collectability by noise and metal aficionados. He says, of physical fetishism and necessity: “I’ve lost my [digital] music so many times. I fetishize physical things. I have a VHS collection. I’m the asshole with the super turntable who researched his amp and splits his stereos out to two ten-inch and two 5-inch cables in the back… When I listen to music It has to go through a valve pre-amp with General Electric tubes from the ‘80s… I’m a dick like that, and I get it.”

The infinite Internet provides obvious and useful benefits, though. When Gambit finds an artist he admires, he writes them and tells them. Then he sees if they’d be down to play on tracks he writes with their contributions envisioned. This has led to album credits that encompass hundreds of players in the noise and drone communities, with even Josh Groban’s trumpet player performing on the Crowhurst “jazz” album, In The Speedboat Under The Sea, and splits with notables like electronic-damage maven Dreamcrusher. “I don’t play anything well, not to the competency I would hold anyone to,” Gambit admits. “But I’m very lucky, because there are hundreds of people highlighted by Bandcamp that are an e-mail away, and I can be like ‘Hey! I was thinking of this record and I want a part that uses your style of playing, so can I get you on this track?’”

Gambit went to school for advertising and used to do page layouts for Hustler Magazine. His advertising school background comes out in the matter-of-fact way that Gambit talks about how he uses Bandcamp and how he markets his work. Commercialism mixes with his defiance of the market in an acknowledged tension, particularly when it comes to merch beyond vinyl. “As crude as it is to say, things have to sell,” he says. “I look at the clothes like ‘I don’t want to make something I’d be embarrassed to put out.’ I’m super influenced by Jes Aurelius. I’ve been hugely influenced by his work. His typography is amazing. Oh, I got a chance to work with [comics artist] Tony Millionaire. Duh. Of course I’m going to do that. How do I throw that on a shirt?” He’s averse to the usual black metal tendril-font aesthetic: “I like it that people can see the word ‘Crowhurst.’”

Proud as he is of Crowhurst’s catalog and what he’s accomplished so far, Gambit is still looking to do more. He’d like to be on a larger label. He loves his work, but would be a little less exhausted with more help. Crowhurst is a wild project, both singular and all over the place, and tough to reign in. Even when joking about the shorthand language used to convey ideas to collaborators, Gambit’s description is a fascinating mish-mash of related underground aesthetics: “Sisters of Mercy, Swans drums, a layer on top with a crescendo that goes into a Windowlicker IDM break into a Mamaleek guitar drone…”

But it’s also got a primordial human appeal.

“I would say there’s a strong theme of existential terror,” Gambit says. “I take that as a compliment. Some stuff is more heavy-concept, like [I’m] setting out to do something [epic and challenging] like Requiem for a Dream. I view myself as a multidisciplinary artist who works in sound. But, like, a painter wakes up with a concept. It’s not a matter of ‘I need to paint a portrait of existential dread,’ It just [comes] out that way.”