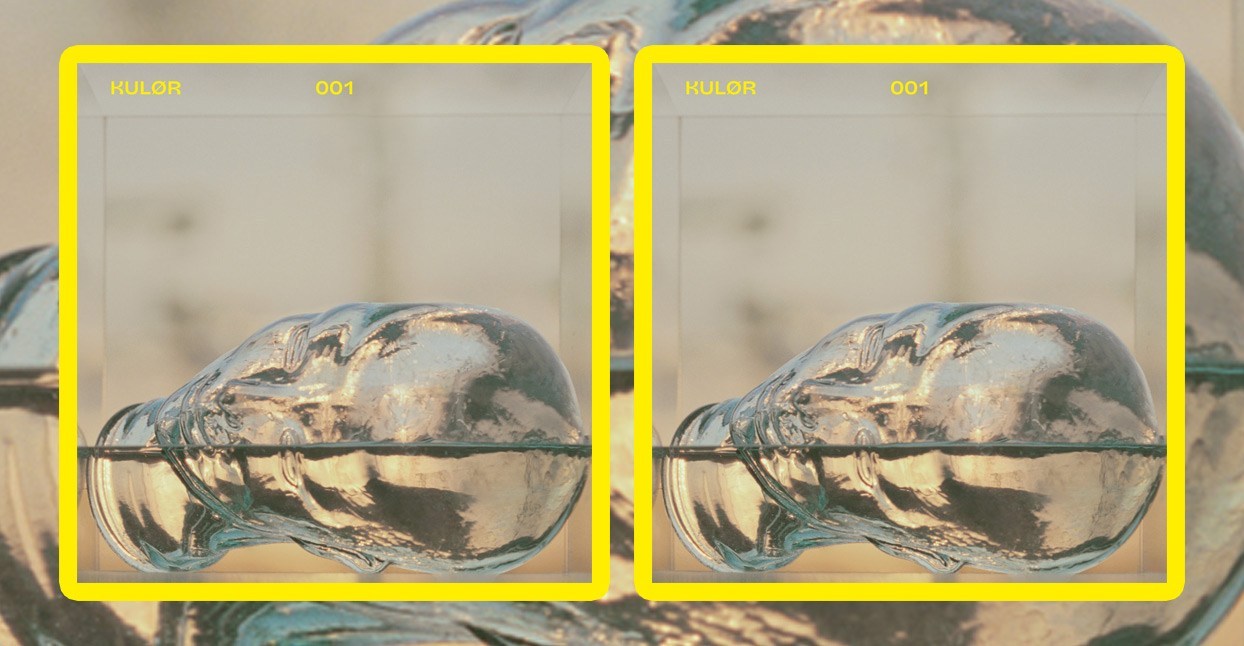 “The sound of Copenhagen at the moment, the scene that we are part of, is quite melodic and quite fast,” says Sugar (Nikolaj Jakobsen), a Copenhagen dance producer who makes what the locals—and an increasing number of international fans—call “fast techno.” “I think it’s an unsaid thing—it’s not like people are sitting down with a cup of coffee: ‘From now on, we’ll only play like this.’ It’s not like it’s all of a sudden 280 BPM.”

Well, no, thankfully. The Copenhagen sound is meant for dancing, not theorizing—though you can certainly spin some ideas off a listen or two to Kulør 001, the new 10-track compilation that is the debut release of the label of the same name. Sugar has two tracks on it—the dawn-through-the-bare-trees hurtle of “Drowner” and the urgent blip-riff-driven “Same But Different”—but the focus is on a group sound that hovers around the 140 BPM range—noticeably faster than the usual techno tempo of 130 to 135.

The exception is the opening number, “Automated Lover,” by Schacke, which gallops forth at a brisk 134 BPM. Its crackling percussion volleys and delicately layered pads (synthesized strings) feel relaxed, but like much of what surrounds it, it also sounds like it could have come off a German trance label in 1994. The rippling synth line and flat, forceful kick drum of IBON’s “Forest Car,” call up a similar model; meanwhile, Rune Bagge’s “This Could Be Us” rides a hard shuffle and double-time kick through stalactite-like atmosphere, warehouse-rave throwback style.

“A lot of the DJs are influenced by ’90s trance music,” confirms Sugar, who in addition to cutting a pair of Kulør 001 standouts, co-founded the Copenhagen party promoters Fast Forward in December 2015. Kulør founder Courtesy, born Najaaraq Vestbirk in Greenland (she was raised in Denmark), expands on this: “These boys were a mix of people—some of them were really into trance, some of them are old punks, some of them come from the noise scene,” she says. “Somehow the different inspirations they have mixed together has been really into super-fast stuff—not caring at all that this is not something that would bring them to Berghain. It turned out it was—but it wasn’t planned for.”

“Techno, when you travel out of the country, was at quite a slow, monotonous pace for a good few years,” says Sugar. Courtesy adds: “Everyone else in the world was looking at Berghain, and everyone was trying to copy that wonderful thing that’s happening there—but it’s not particularly interesting when everyone does it everywhere else.”

Sugar’s own background is instructive here: A number of relatives played with the Royal Orchestra of Copenhagen, but his own initial forays involved their tonal opposite: “I started getting into punk and hardcore through the squatting scene in Copehnagen when I was about 14.” (He’s 31 now.) “People in the community booked all of the tours and recorded all of the records, did all that stuff. In my 20s, I started being more active; I started to book shows and drive bands on tours.” The transition into techno came through the squats as well: “There was a big queer and LBGT scene that was using the squat that I was living at as a place to have house and more tech-house-ish parties, but there wasn’t at all the same crossover as there is today.”

It helps that Copenhagen’s scene remains compact. “We started out doing techno parties with 400-500 people,” says Sugar. “Now the maximum we have had at a time is 1,200. This is over two-and-a-half, three years’ time. Really, it’s pretty solid around between 800 and 1,000 when we have parties now.”

Courtesy began receiving fast techno tracks for prospective release while running an earlier label, Ectotherm. “When we started getting these demos that were at 140 BPM, no one was playing that shit. No one was releasing it, no one was touching it—we’d play it for people and they’d go, ‘If we can get the digital, we’ll [slow] that shit down.’ Eventually the people were starting to play our releases in the tempo they were made in, which took a couple years, internationally, for people to pick up on.”

Though Courtesy herself is not a producer—she plays piano and has “certainly spent some time learning how to use Ableton”—she’s got more than her share of musical experience, both as a DJ and in the music business at large. “I’ve been a DJ for more than 10 years now, but I still would have many people close to me, up till very recently, tell me that I wasn’t going to make it unless I released music. I don’t do this because I like to sit and work on my own. I’m involved in music because I like playing music with other people. I’d love to play in a band one day—but not as someone sitting in front of a computer, sitting at home with equipment, on my own. That’s not something that fits my personality at all. I like hanging out with people and then doing things that involve music.”

She went to school for music management. “I feel that in dance music, at least for the scale of artists that I’m interested in, all the stuff that I like about the idea of managing someone is helping their career—those things you can do by running a label.”

Her first DJ gigs came while working as an intern for the Denmark indie label Good Tape records. “That whole wave of all this music that started linking all the indie rock music to electronic music—in Denmark, it would be bands like WhoMadeWho, Tomas Barfod, and Kasper Bjørke—was when I started working in the music industry. After you start DJing this kind of music, you slowly figure out that the simpler, the more repetitive it is, the [more fun] it is to beat-match. It was a natural progression.” Eventually, Courtesy became involved with Apeiron Crew, a local DJ collective, alongside a slew of other up-and-coming DJs, including Mama Snake and Solid Blake. “That was when I was fully immersed in club culture,” says Courtesy. “Maybe five or six years ago I started really focusing on this.” In 2014, she was accepted to Red Bull Music Academy’s Tokyo seminar: “I’d started to really figure it out at that point.”

The packaging of Kulør 001 features photos by Berlin-based Vogue photographer Fee-Gloria Groenemeyer. “When we sell out of this pressing, we’re going to do new artwork, a new poster, and working [to make] every release a full art piece,” Courtesy promises. As for future developments, she notes that in Copenhagen, “They’re even playing faster now.” Still, there’s a limit to what she’ll play. “People are sending me stuff that’s 150 now,” says Courtesy. “I’m like, ‘That’s too much.’”