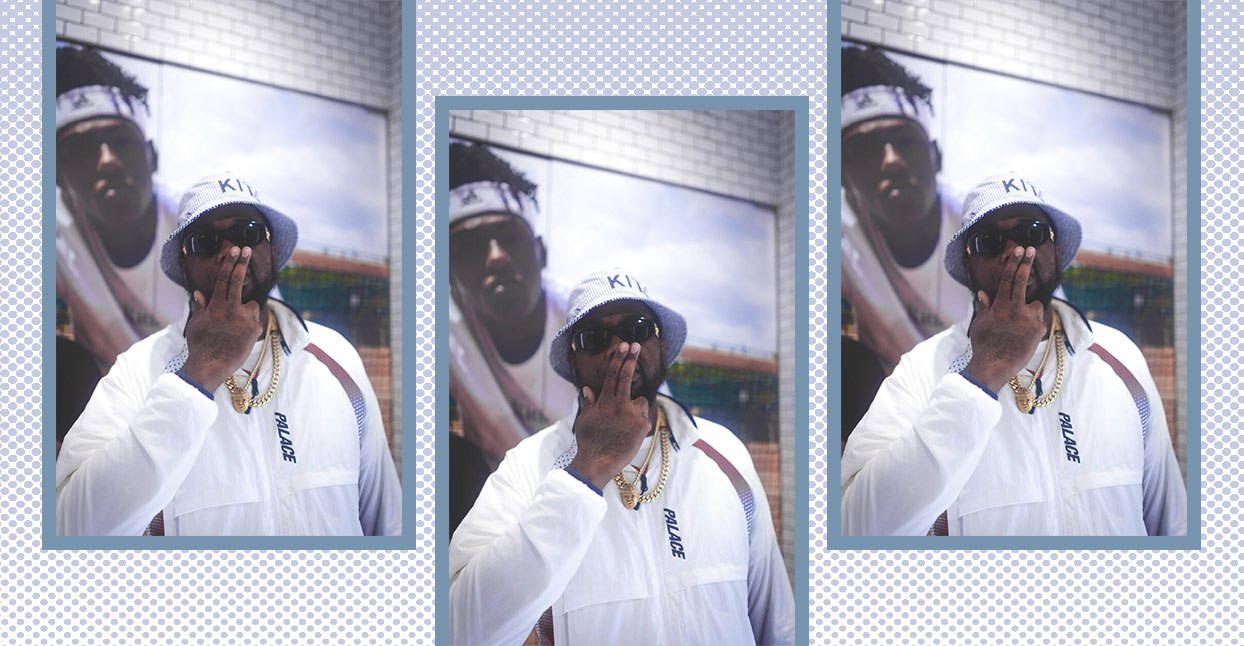 “After I got shot, I couldn’t really move my jaw, so my words were kind of slurred like I was rapping with a mouthpiece or my jaw was wired,” says Buffalo rapper Conway The Machine. He suffered a bullet to the back of his head in 2012. The incident changed the technical way the MC rhymed, prompting him to adopt a slurry but commanding flow, which he employs to depict a grimy world where the consequences of the drug game can be brutal. “I had to find a way to say [rhymes] where it can still sound smooth and ill but there’s not too much energy trying to move my shit too much,” he continues, before revealing his formula: “I had to slow it down and get dirty beats, get it spooky to go with how my voice sounds—it just made a marriage.”

Conway’s trademark style of spitting has helped him become one of the kings of upstate New York, alongside his brother and frequent collaborator, Westside Gunn, and long time cohort Benny The Butcher. Releases on Conway and Gunn’s Griselda Records have played a key role turning limited-edition premium priced albums into a profitable niche market; the clamor to cop rare vinyl projects also created enough of a buzz for the duo to sign with Eminem’s Shady Records in 2017. While Conway readies his major label debut, God Don’t Make Mistakes, the foundation of his music has stayed rooted in unflinchingly hardcore projects like the Everybody Is F.O.O.D. franchise, where, over three volumes, he transports the listener to Buffalo’s shadowy underbelly. It’s a place where, on the broody Daringer-produced “ODB,” the MC warns, “I never leave the crib without the blower on the waist / ‘Cause over on the east side it’s full of cobras and snakes.”

Conway first wanted to write rhymes after being struck by Run-DMC’s abrasive mid-’80s cut “Run’s House.” As a 15-year-old, Conway started to record tracks with a neighborhood figure he remembers as “the only nigga in the ‘hood buying recording equipment when other niggas was buying jewels and cars and shit.” The aspiring MC first took the name Loose Cannon, before switching to Killa Angel (“I was on my Wu-Tang shit back in the day!”) and settling on Conway The Machine.

Growing up in Buffalo—around six hours away from the music industry hub of New York City—Conway became part of a local rap scene bristling with hungry rappers who took to battling to relieve the frustrations of being left out of the A&R loop. “We ain’t really have the opportunities that up-and-coming artists from other cities might have,” he reasons. “So we always had a chip on our shoulder when we rapped—everybody wanted to just battle each other to prove they were the best in the city.”

Conway reveled in the competitive nature of Buffalo’s battle realm, but his hip-hop ambitions became derailed when he was sent to jail. After being freed in 2005, it took a couple of major life changes to usher him away from “still having one foot in the streets.” First, Conway’s son was born; then the nefarious life caught up to him when he was shot and nearly left paralyzed from the neck down. “I was at the hospital and was like, ‘I’ve got to take this shit seriously,’” he says. “I can fuck around and die out here.”

Since Conway’s moment of truth, he’s successfully channeled his hardscrabble Buffalo upbringing into his music. He holds up 2015’s Reject 2 as his breakthrough release. The three installments of Everybody Is F.O.O.D. further his agenda of lacing mid-tempo, moody beats with grisly threats and snapshots of upstate street philosophy. On the taut and menacing “Country Mike,” he rues losing an accomplice in stark terms: “I come from the bottom, wildin’ and hopping gates / If you ain’t got a body you probably cannot relate / Country Mike died in my face in ’98 / Gun was in the yard not on my waist—that’s my mistake.”

Conway maintains he sticks to a hardcore agenda instead of chasing commercial trends because of his rap upbringing. “It’s the same thing being from Buffalo and having that chip on your shoulder and feeling like you’re not getting the looks and it’s saying ‘Fuck everybody,’” he explains. “It’s like everybody is food: You’ve got to eat what you kill and that’s how you get to where you’re going sometimes. Ain’t nothin’ friendly, no handshakes.” Ultimately, Conway links his success in hip-hop to the way he’s overcome the obstacles life has presented: “I just want it more than you—that’s how champions think and move.”