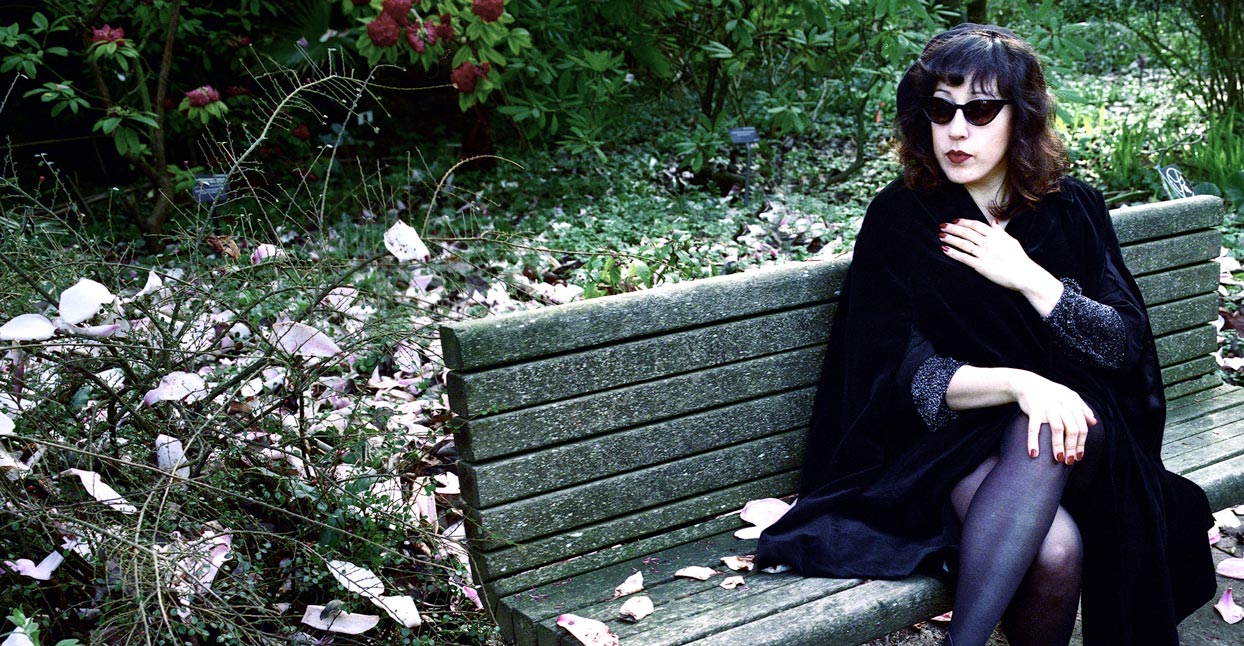 Cold Beat’s new Chaos By Invitation opens with the swirling whisper of an icy wind. Hannah Lew, Cold Beat’s frontwoman and driving force, sings, “How can I hold on with everything in motion?” as a warm foundation of electronic percussion and synths blooms behind her. Though Lew delivers that line with a calm grace, there’s a touch of yearning to her voice, as if she’s searching for something to ground her in a world of disarray.

“Holding on,” as it turns out, was central to the creation of Chaos By Invitation. The band was beset by scheduling complications during the creation of the record, and Lew was forced to finish it on her own. Absent outside input from bandmates and engineers, Lew spent more time than ever immersed in her craft. The result feels careful and contemplative, especially in comparison to Cold Beat’s zippier 2015 LP, Into the Air; rather than frantically racing to the finish line, Lew’s songs on Chaos By Invitation take the time to settle in and stretch out.

We spoke with Lew shared about the pains and rewards of learning to work alone, and the universal struggle of trying to manage your own mayhem.

From what I understand, the creation of Chaos By Invitation hit a few snags along the way. can you talk me through it?

It was a really back-and-forth kind of process. At the beginning of the record, there were a few songs that I’d been working on with the band. We scrapped a bunch of songs, and then I was just like, ‘You know what? I’m just going to start recording some stuff at home,’ so I did. We brought it into the studio, and then brought stuff back from the studio to my house. There were a lot of people working on it at different points, but peoples’ schedules just kept compounding. I was like, ‘Well, I guess I’m just going to keep working on this.’ I kind of was just working with the project files at home. It was really the first time that I’ve been as hands-on with the recording, adding tracks.

Mikey Young [guitarist for Melbourne’s Total Control] was visiting from Australia, so he and I worked on it together as well. The project files just became really malleable. What I’d done in the past was just go into the studio and record, and be like, ‘Cool, that’s it!’ I’ve had other people be more in the recording roles in the past, but now I’ve gotten better at using the software, and I can carry out ideas on my own a lot more.

What was hardest for you when it came to turning inward and working by yourself?

I definitely grappled with a lot of doubt. I had so many moments where I was like, ‘Is this even good? I don’t even know,’ because there was no one else there that was invested in it at all. I didn’t really have people that were in the band. At the beginning of the record, one of my bandmates had a kid. I didn’t have other people to bounce ideas off of. People kept dropping the record, and I was just having this feeling of, ‘I don’t know, should I even do this?’ But I kept returning to my inner belief in it.

That’s a lot of how I was working on it with myself. I was kind of like, ‘I don’t really need validation from anyone for this. I’m just going to keep working on it.’ I self-release all my music, so I don’t have anyone inflating my ego at any point. This is our third LP, so I’m pretty used to manufacturing my own confidence about something. I don’t really have much false confidence—either I believe in something, or I don’t. I went through a lot of ups and downs with that, but in the end, I feel really proud of it, and really solid about it, and really glad that I’ve stuck with it.

Some of the record, especially the song ’62 Moons,’ is about your interest in astronomy. Where did that interest begin?

I’ve always been really into astronomy, science fiction, and science. There’s always going to be these really interesting narratives that are going to help us broaden our imaginations about our world, and imagine things being better. It’s important for us to exercise that muscle, like, ‘How can I imagine this better?’ I think that when I learn about scientific facts, it often reminds me that our world is really amazing. As an artist, I’m always working with narratives as a way to broaden my vocabulary about what reality is. When we’re feeling trapped or limited by our own planet, just remember that there’s a planet that has 62 moons out there. It’s so crazy.

When we broaden our vocabulary and learn more, there’s a lot out there to discover. I think it’s inspiring, especially when we’re getting down. It’s really healthy to remember that there’s a lot more out there. There’s a lot more possibilities, and a lot more to learn and to accomplish and to imagine besides what’s right in front of us.

With regard to other themes, a lot of the lyrics seem to touch on ideas of loneliness, but most of the arrangements feel cozy and comforting. How do you reconcile those two things?

That’s probably the natural process of calming yourself down when you’re not really having a dialogue with anyone about things you’re going through. Maybe some of the lyrics are me telling myself it’s going to be okay. When you’re by yourself, you’re just thinking about things. It’s easy to get tangential. We all have our weird thought processes.

A lot of times when I write music, I’m trying to come up with a narrative that makes me feel better. I’m trying to find words that help me design a better way of thinking. Often, I’ll work through things I’m thinking about in songwriting. If I’m feeling super dark, then I want an outlet for it. A song can be a safe place for that—to just let it rip and be like, ‘This thing sucks!’ A lot of the lyrics are born of [internal] monologues.

When you do find yourself going off on creative tangents, how do you pull yourself back from that?

I think that everyone has sort of their master or their demon, or whatever. We all have our things we struggle with. We all have our thing, whether it be some kind of obsession or jealousy. We all have our ugly things that can have power over us. For me, I just feel like I’m always trying to become a better person and work on breaking out of those patterns. Music is a huge thing that’s helped me do that, because it’s a really positive thing that breaks the pattern if I’m feeling bad.

The record’s title is Chaos By Invitation, but most people try not to invite chaos into their lives. What, to you, is the value of chaos?

Well, I would say that I named the record that because I’m trying to be accountable for, if there is chaos in my life, what role I’ve had in letting it in or inviting it. I try not to have too much chaos in my own life, but sometimes there is chaos. I kind of just had a moment where I was like, ‘I’m not going to have control.’ There’s moments where you don’t have control. Most of the time we don’t, we just have this idea that we do. Sometimes you kind of have to trust the world and not plan things as much.

Things were taking so long with the album, and at moments I was getting frustrated, because I like to work really fast and really hard. I would be like, ‘This is out of my control! I just have to wait for this guy for a month before I can dump these files!’ Things were just happening left and right. I started having these moments of surrender where I was like, ‘Oh, the world is telling me to chill out. I’m supposed to take it slower.’ We have to know that sometimes it feels like things are happening to us, but we do have a lot of agency. We have more agency than we think a lot of the time. Maybe the title is more getting myself out of this victim mode of, ‘Oh my god, things are happening to me!’ and being more like, ‘Things are happening, and I’ve invited these things. What is my role in that?’

There’s also some times where there might be elements in your life that are maybe more haphazard or risky, but sometimes if you’re just willing to let those things in, you do live a more interesting life. Maybe I’m in a place right now where I’m willing to invite what the world has to offer more, and be accountable for the result.