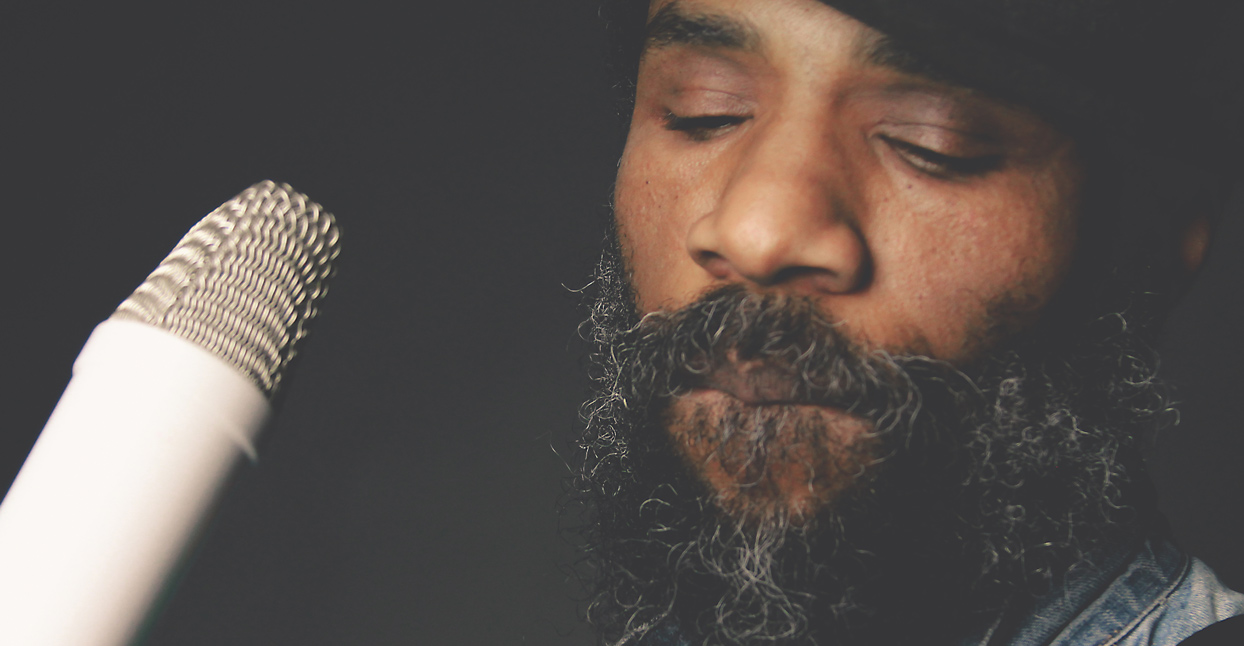 In 2002, Cody ChesnuTT emerged as a nostalgic figure in modern rock. Adorned in black leather and long scarves, he embodied the acid-infused haze of the 1960s and bleeding-heart soul of the 1970s. ChesnuTT was everything all at once: Hendrix, Jim Morrison, Richie Havens, Marvin Gaye. He was confident, if not downright cocky—a bad motherfucker, a strong symbol of black excellence. Humility be damned; in ChesnuTT’s mind, he—not Chuck Berry, not Little Richard—is the father of rock ‘n’ roll. Details of its conception made for a cool song. The Roots dug it.

ChesnuTT’s stance has evolved over the years. Across a few projects, like 2010’s Black Skin No Value and 2012’s Landing On A Hundred, he stood as a beacon for the black experience, harboring the love, pride, and self-awareness from which the community attains its strength. For the most part, ChesnuTT was still the same guy we heard on his debut album—2002’s The Headphone Masterpiece—but his music took more of a soulful slant. ChesnuTT’s new LP, My Love Divine Degree, represents a slight return for the musician: ChesnuTT recorded the new full-length by himself in a barn, similar to Headphone Masterpiece, which he compiled alone in his bedroom. We spoke with the musician about Degree, his opinion of current soul music, and what it’s like living on his own planet.

When you sat down to create the new album, what did you want to convey?

The thing about it is, with any of my projects, I never really sit down and say, ‘Oh, I want to write about this now.’ After I finish one project, I just open myself up for the next one, whatever the material is. But with all of my work, it’s been about the evolution of myself as a human being, as a person, and sharing that. Whatever information I’ve learned, my observations and so forth. I authentically put that in the music, and try to transmit that to the listener. With this body of work, specifically, I wanted to elevate the conversation around other topics. I hope to shed some light and insight and try to move forward. I want to rise to a higher plane in the discussion.

What do you mean by ‘elevate the conversation’?

To talk about healthier things in relation to the daily issues we’re dealing with, especially in music. Personally, I would love to see greater maturity in the writing and craftsmanship, and for that conversation to elevate as well.

You touched on something I find myself saying—that there’s nothing wrong with current music, but it’s different from what we grew up on. What are your thoughts on today’s soul music?

It’s stagnant. That’s why, when I say ‘elevate the conversation,’ I’d like to see the subject matter, the sentiment and all those things, just mature. Stuff that dominates the airwaves stays in a state of arrested development. I’d like to see diversity in what’s shared as it relates to the content.

It’s been five years since your last album. How have you evolved from Landing On A Hundred to My Love Divine Degree?

I would simply suggest that’s on the listener. Musically, I’m always exploring what’s possible sonically, and doing whatever I can to inspire myself. I think the key evolution is growing to the point where I can hear things deeper spiritually, and try to be consistent in how I communicate that. That’s the steady course I’ve been on for a few years, actually.

What are the differences between that album and this one?

I think the only difference is, sonically, it’s stripped down a bit more throughout the whole thing. But the aim is to transfer my deepest spirit and soul in the music. That’s a consistent thing to both bodies of work, but this one’s more raw.

I’m glad you brought that up, because the new album reminded me of The Headphone Masterpiece. Was that done on purpose?

I wanted to combine the aesthetic of Headphone Masterpiece with what I captured on Landing On A Hundred. I wanted to find a good balance of the two. With Landing On A Hundred, that was me jamming with a band, playing it live and capturing a certain chemistry. With Headphone Masterpiece, I was able to be in my space all alone. On that record, I was in a bedroom, so this time, my workspace was a barn, actually.

Yeah, yeah, it was an old Home Depot-style barn. I was able to set up shop in there, sit alone, and really have fun again making sounds. I liked exploring with whatever I had around me, just kind of pulling everything in to see what connected. I loved that approach, being able to do that again, but I wanted to incorporate some of the density we were able to capture on Landing On A Hundred.

So I gotta ask: Why a barn? What made you want to record there?

[Laughs] My father-in-law was actually using it to store his books. He’s a retired accountant; he was using it to store some books and some furniture. But I love the solitude of it. And the wood; the inside of it is complete wood, so the sound was amazing. It creates a certain mood and tone, so I thought it would be ideal. Plus, I was able to be in complete solitude, away from everything else. Working in there felt aligned with everything else that was happening. It made things feel organic again. It really set the tone for the organic process.

Did you find you had to be alone to create this album?

Nah, because to be honest with you, brother, I’m always in my own headspace anyway. I look out and observe, but from childhood, I’ve always felt like I was the only one walking around on the planet. [Laughs] I can look and see everyone else and everything that’s happening, but I’ve always been isolated in that way. Living in a rural city definitely helps with peace of mind and tranquility. It allows me to be in tune with how I’m genuinely feeling. I can see what’s happening. I love having peace and quiet out there in the country and in the barn, and I can transcribe the way I’m truly feeling.

Where do you think your sound can go from here?

To be honest, I don’t even think about it like that, really. I’m at a point where I try to listen deeply and reflect that into the music. I never follow any kind of trends, so that’s not really one of my concerns. I’m not beholden to any type of sound or sounds. I just take whatever it is that’s there and put it together to the point where it represents what I need to feel as a music lover. Whatever the next project is, it’ll just sound like whatever it is I need to feel. I’ve been creating long enough to know that certain sounds resonate regardless of time. There are certain timeless vibrations, so I always trust my lyrical ability first and foremost, then I can dress it up, sonically, however it needs to be.