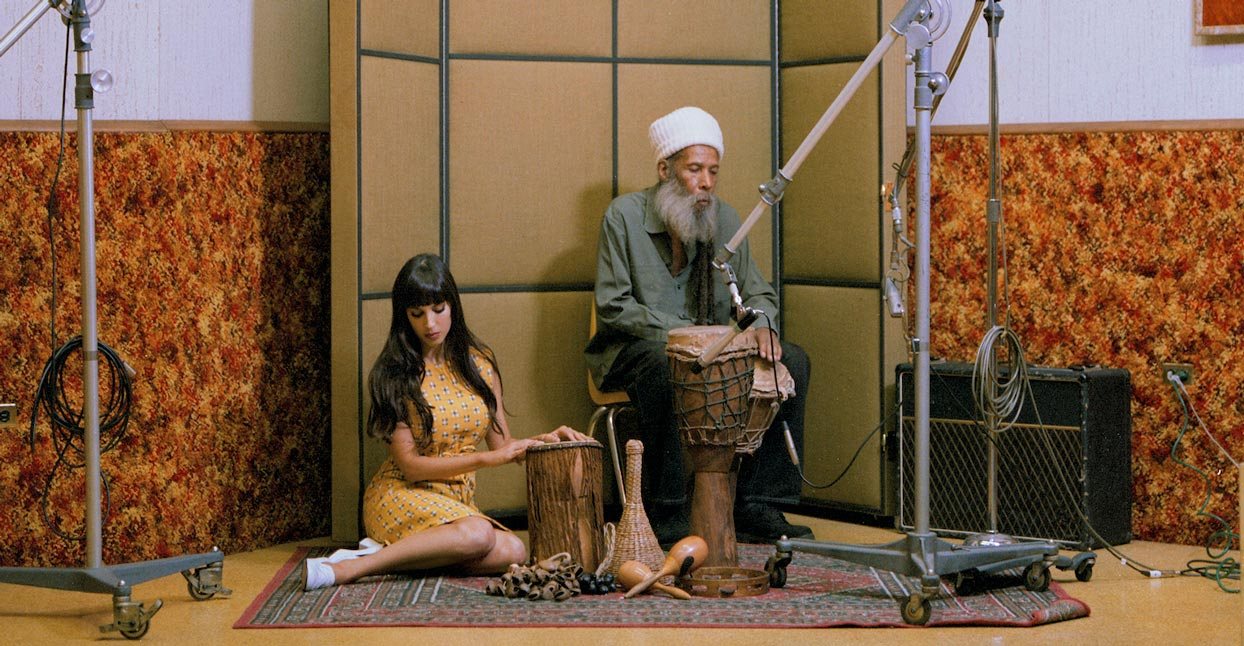 Claude Fontaine’s debut LP is a labor of love, written on the heels of a failed relationship—but it is not a breakup album, at least not technically speaking. Sure, there are moments of melancholy on Claude Fontaine. But this is first and foremost a love letter, addressed to the sounds closest to her heart: reggae, rocksteady, bossa nova, and dub. Her airy, yé-yé-style vocals make the dub and rocksteady on the album’s first half feel like a spiritual sequel to Serge Gainsbourg’s late ’70s Jamaican sabbatical, while its final five tracks of retro bossa nova evoke seductive, after-dark, if-these-walls-could-talk lounges—the kind of dimly lit hideaway where Hunter S. Thompson might have guzzled Cuba Libres. What we’re left with is a highly personal pocket guide to multiple, timeless musical styles.

[Listen to an interview with Claude Fontaine on Bandcamp Weekly.]

Not that Fontaine had any of this in mind when she moved to London. Instead, she relocated for a relationship, one that fell apart soon after she arrived. Still reeling, she drifted into a record store down the street from where she lived—one of those places you walk by a thousand times and promise to visit one day. In Fontaine’s case, that store happened to be the legendary Honest Jon’s record shop. Before long, she was deep in the stacks in search of jazz, blues, reggae, bossa nova, folk, and more. Ken Boothe’s “Artibella,” a 1968 reggae track lamenting a lost love, became her musical gateway drug; Brazilian samba legend Astrud Gilberto and celebrated saxophonist Stan Getz were another source of inspiration.

“To me [these records] were these gems, fresh and exciting to me, because I hadn’t heard them before,” she says of her crate-digging endeavors, framing music discovery as a sort of therapy. “Looking back, the relationship was going south and the store was a sanctuary of hope and happiness and uplifting and truly a new love. It was the savior in a lot of ways,” she says.

As it turned out, most of them already lived in Southern California. She brought them into the studio for an initial meeting and to play them several of her inspirations: records by Alton Ellis, Dennis Brown, and Phyllis Dillon.

Deadrick credits her selections with pointing toward a collaborative, soulful feel, captured best when everyone is playing in the same room.

“Luckily for her, we all knew each other,” Deadrick says. “Ronnie [McQueen] and I had played together on many different projects and on many different stages. We can look at each other and go, ‘You about to do something?’ I’ve known Tony Chin for 40 years. There was already the possibility of creating a moment.”

Born in Los Angeles to restaurateurs—her father transitioned into the industry after spending several years as a criminal defense attorney and federal prosecutor—Fontaine grew up around Barbra Streisand, Frank Sinatra, and the Great American Songbook. Singing was an early passion, and she grew up taking lessons and acting in school musicals. As a teenager she became something of a bit of a cinephile, eventually enrolling in the University of Southern California’s film program. Jean-Luc Godard, François Truffaut, and Michelangelo Antonioni remain among her aesthetic and stylistic influences.

With Claude Fontaine, she’s also returning to a different place and time—with the help of musicians who created that environment the first time around. The result is a record that sparkles with new love.