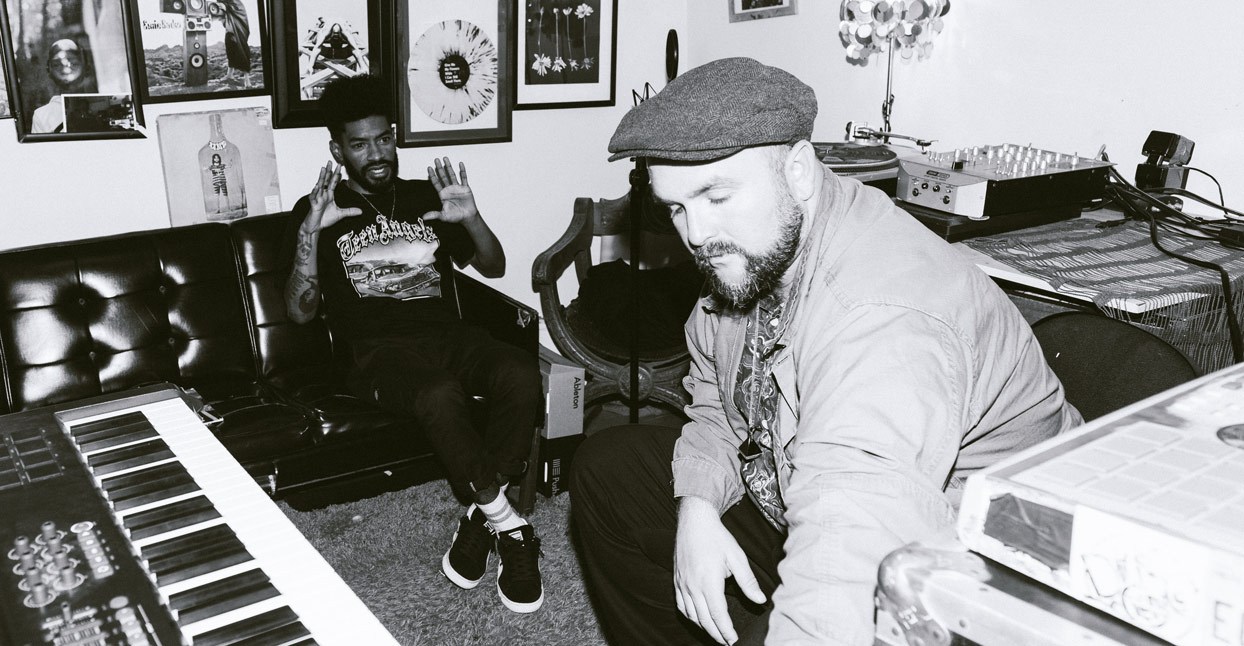 “Growing up, I had friends that were black who’d say something about a Mexican person and I’d be like, ‘Yo, that’s half of me, what are you talking about?’” The Afro-Chicano rapper Choosey is discussing the ways he began realizing that racial and cultural stereotypes are born from ignorance. Raised by his Mexican father and black mother in Southern California, he’s channeled those observations into Black Beans, a vivid and eloquent sophomore album on which Choosey collaborated with the producer Exile, whose beats follow the lead of the narrative, sampling ’60s Chicano soul and oldies records. It’s a combination that gives the project a nostalgic feel—like you’re listening to Choosey sharing his coming-of-age story at a family reunion, while someone spins sweet soul records in the background.

The genesis of Black Beans—the title is a metaphor for Choosey’s mixed heritage—began when the rapper ran into Exile at Barragan’s, a Mexican restaurant in Los Angeles’s Echo Park neighborhood that was owned by Choosey’s uncle. “We hit it off as homies having a beer,” recalls Exile, who has also produced entire projects for Blu and Fashawn (who both guest on the album). Choosey and Exile began discussing the idea of making a record together; eventually, Choosey moved into Exile’s house, and their conversations became the basis for the autobiographical songs on Black Beans. “Usually when I meet an MC, I think about how I could envision their story being told across an album, and how I can help them tell their story,” says Exile. “I thought it was interesting that Choosey is half-Mexican, so we started talking about how to tell that part of the story.”

The tale that unfolds on Black Beans draws heavily on Choosey’s childhood. As a kid, he would spend hours drawing lowriders and building model cars with hydraulics on them. “Low Low,” which features a hook by Aloe Blacc and a buoyant horn fanfare, illustrates the aspirational role lowriders played in Choosey’s community, even though his only cruising option at the time was “a rusty old bike.” (On the piano-driven “Satisfied,” he cops to snapping Mercedes-Benz emblems off cars and turning the trophies into chains.) “No Routine,” underscored by a mellow 1960s Chicano soul loop, opens with Choosey remembering his teenage years waking up to the sounds of Eazy-E, and being yelled at by his mom for “the beer on the lawn.” In the next scene, he’s donning Chuck Taylors and hitting the local park with his girlfriend. Those lines are inspired by San Diego’s Hilltop Park, which Choosey remembers as, “a place you can really get lost in—a lot of our first make-out sessions happened there, and people would go there to fight after school, to smoke, to duck the surrounding people that would get you into trouble. It was a crucial park.”

These flashbacks are balanced by broader socio-political commentary, which comes to a head on the title track. “I’m a mix of enchiladas and fried chicken,” Choosey raps; then, he dives deeper: “Simply, I’m a product of uncommon reproducing / Blacks and Mexicanos wasn’t really on no cool shit.” Choosey says the tension between black and Mexican cultures “goes layers deep,” but specifically cites the way the prison system can foster a tense relationship: “The prison complex is divided up racially. When people come out of prison, they’re institutionalized. Growing up in the ‘hood, a lot of people coming out of prison were the cool dudes. The gangsters we idolized, and they’re influential. So if they have that complex, it’s going to trickle down to the younger kids who look up to them.”

Other parts of Black Beans traffic in similarly weighty subject matter. “Ain’t Scared” targets the media’s role in perpetuating stereotypes, ending with samples of news reports about gentrification that recall the polemics of turn-of-the-‘90s Ice Cube. But for all of its willingness to unflinchingly stare down racial tensions, the album is ultimately a hopeful listen. Choosey admits he was angry when he started writing it; news cycles dominated by police brutality and social injustice put him in “a militant mind state.” But hearing Exile’s soul-packed beats changed him. “The biggest challenge was calming myself down and thinking, ‘What is the bigger answer here? It’s not about being angry for a week—what have we really solved here?’” Instead, Choosey decided to focus his energy on music’s potential to bring people together. He’s already noticed gradual, positive changes in his own community. “Growing up with mixed heritage, I see our cultures getting to a place now where we’re not looking at each other as the enemy anymore,” he says. “There’s a lot of similarities, and people are realizing we have a whole different enemy—and it’s not each other.”