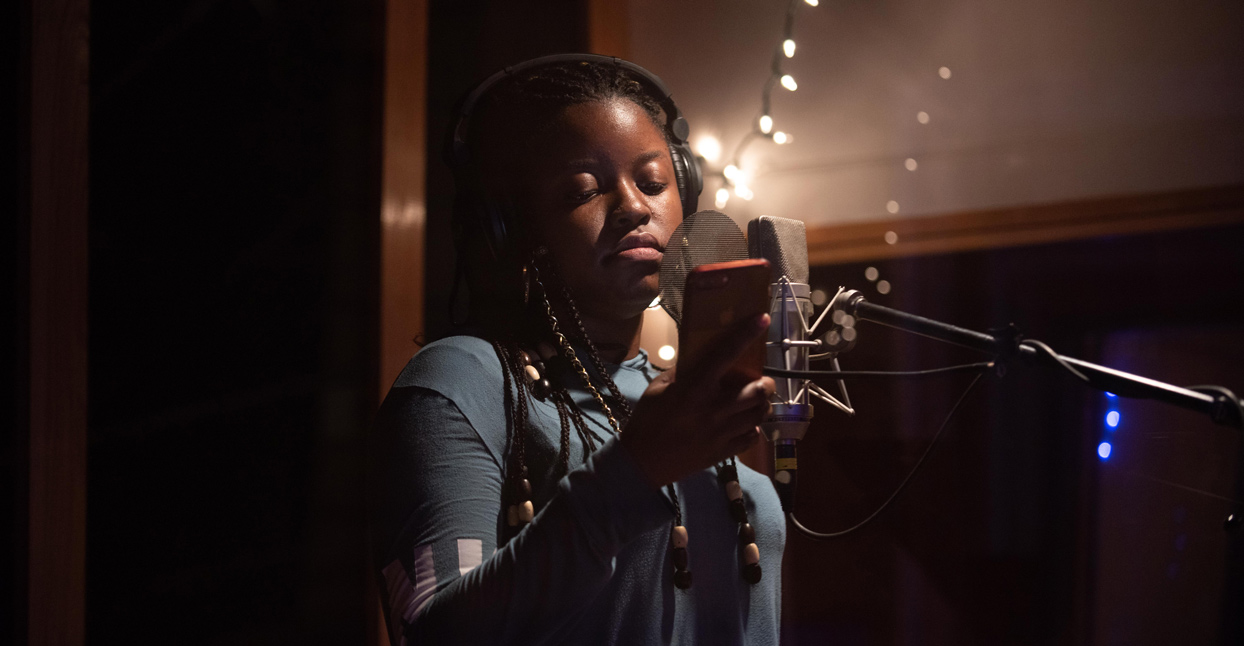 Buffalo, New York native Che Noir is blessed with a sharp tongue; her raps are full of snappy brags and aggressive threats. The 25-year-old rapper’s latest release, The Thrill Of The Hunt 2, is a svelte mixtape produced by 38 Spesh from nearby Rochester that pairs her cutting verbals with modern soul-packed boom-bap beats. The project is designed to whet the appetite for Noir’s full debut next year, which will be appropriately titled The Essence. It also adds the MC to a rich wave of upstate New York hip-hop that’s being spearheaded by artists from Buffalo, the city where Noir was born and where she experienced the life lessons that have inspired her bars. “As you can tell, Buffalo is a pretty violent city, but I try to give more of a nostalgic feel when I rap about where I come from,” says Noir. “It definitely plays a huge role in my subject matter and what I talk about.”

On The Thrill Of The Hunt 2, her experiences lend to the heady mixture of drama-packed rhymes about the street life—as well as more tender glimpses into her emotions and relationships. At times, the violence is center stage. The dramatic “Spin The Bottle” has Noir invoking the classic make-out game in order to weigh up which foe to dispatch next, in brutal fashion: “Whoever lands on gon’ be the first to kiss this hollow / And kiss tomorrow goodbye—that’s how I clip my rivals.” The mixtape brims with these sorts of menaces, but they’re smartly tempered by moments of wider commentary. On “Dying Breed,” she sketches a criminal injustice scenario: “They took a king from his kids, now they serving him kites / Caught a case and watch the racist judge serve him with life / Sent him away and afterwards he playing tennis with his lawyer.”

As the project unfurls, Noir becomes steadily more vulnerable and reflective. The maudlin, guitar-infused “Sand Castles” recalls her father being sent away to prison; on the bittersweet “2 Summers,” she tackles straying from her church upbringing. The closing cut, “Today,” is a bluesy lament on a destructive relationship that climaxes in a scene where neighbors call the cops because “the whole block can hear us argue and scream.” Then Noir delivers the poignant concluding lines: “Sometimes love can make the scars harder to see / And the history between us make it harder to leave.”

Noir’s bars on The Thrill Of The Hunt 2 take a cue from 38 Spesh’s beats. The two of them initially hooked up when Noir sent her single “Champions” to his Facebook account. The next day, Spesh invited her to Rochester for a meeting, which is an hour and a half drive from Buffalo, and signed her to his TCF label. “I was impressed by the way she sounded so polished,” says Spesh. “Her voice is real smooth and believable.” In return, Noir says her lyrics were directly inspired by the tone of Spesh’s production: “Honestly, his beats gave me a lot more structure compared to my other projects and every beat brought something different out of me emotionally. For ‘Today,’ I heard the beat and came up with the first two lines and was like this is where I want to go. It sounded like something I could release myself emotionally on.”

The marriage of beats and rhymes on The Thrill Of The Hunt 2 paints Noir as an MC with the uncanny ability to catch the ear with an outlandish brag while also teasing out the deeper layers to her character. This is deliberate, according to Noir herself. “I try to give a little bit of my upbringing and just my life in my music,” she says. “I try to give just enough so I’m not giving too much—but it’s enough to keep you wondering and hold you over.”