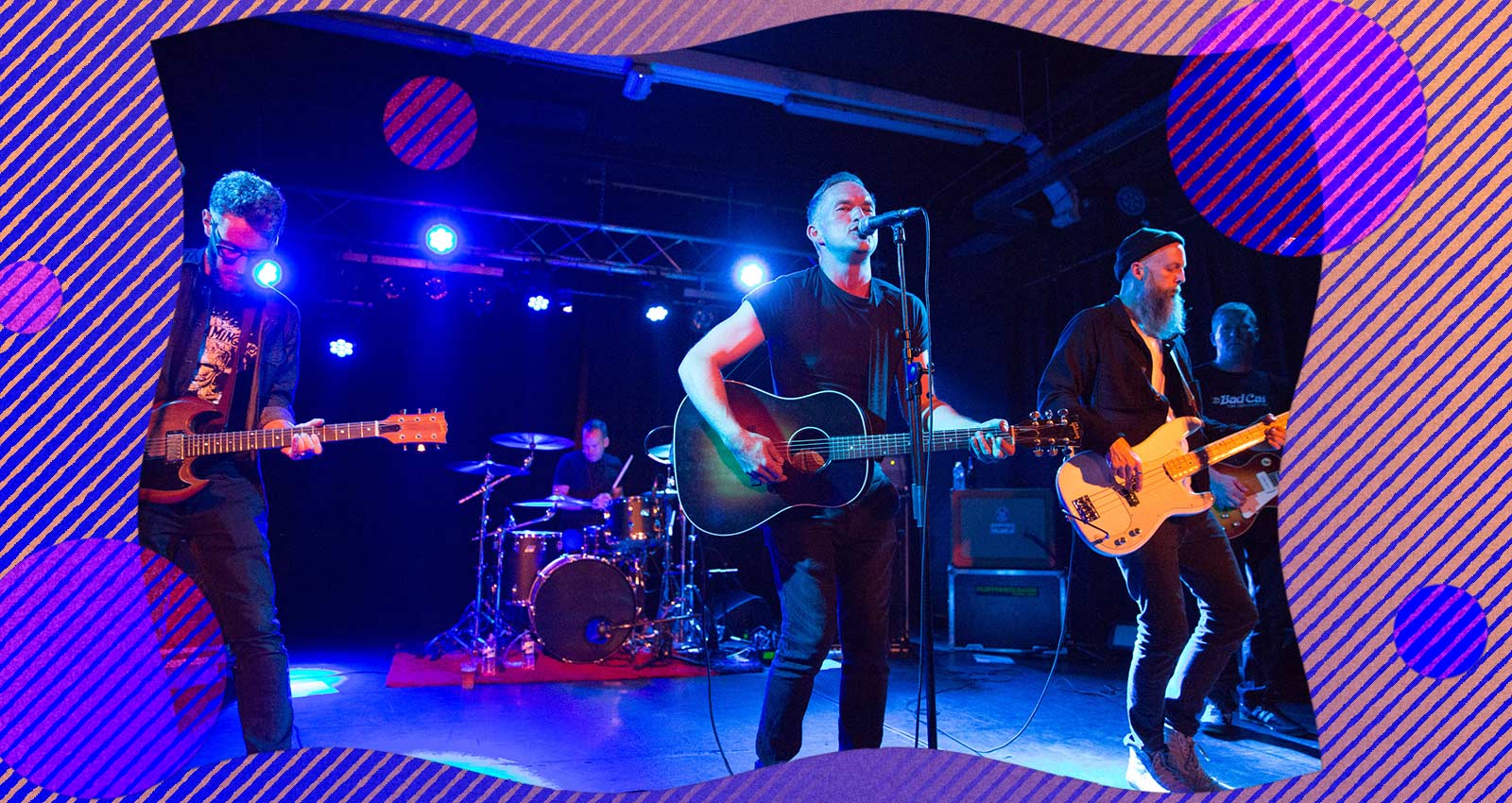 It’s rare, after dissolution and protracted absence, for any band to return with their spark intact, and it’s rarer still to find that they’ve grown comfortably and convincingly into the sound they were perhaps always destined to find. That alt-country outfit Chamberlain have achieved this with Red Weather—their first LP in 20 years—is no mean feat, but it somehow makes sense considering the atypical approach they’ve always brought to their craft.

Born as the Revolution Summer-influenced youth crew act Split Lip, in the early ‘90s, the band would edge towards more thoughtful, introspective territory as the decade progressed. Their 1995 landmark sophomore album Fate’s Got A Driver was a taut slice of post-hardcore that reserved its shout-outs for Welsh poet Dylan Thomas rather than their friends in the pit. This period saw their first curious pivot: To rechristen themselves Chamberlain and re-record parts of the album, sloughing off their old identity as though it were a skin they’d outgrown. They took a further step into the unknown with 1998’s polarizing follow-up The Moon My Saddle, a record that retained the band’s hopeful spirit and rich lyricism but otherwise eschewed post-hardcore for a countrified take on classic rock that was more Tom Petty than Ian MacKaye. Internal tensions caused the band to crumble soon after.

The years that followed, perhaps ironically, saw alt-country and blue collar Americana rise within and without the punk scene that birthed them, with bands like Lucero, The Hold Steady, and The Gaslight Anthem—whose Brian Fallon guested on Chamberlain’s 2010’s Raise It High EP—all owing at least a partial debt to Chamberlain’s work.

Red Weather finds the band in more meditative territory, with the big rock sound stripped back to reveal a spacious sense of calm and reflection. “That was a real conscious effort,” says singer David Moore. “The Moon My Saddle had this wall-of-sound thing going on, with the big rock guitars and the Hammond P3s. On this record we really worked with [producer] Carl Broemel to create space. We went through many iterations and mixes of the songs, and one of the things we kept coming back to was remove something; take something out; let the songs breathe more. It was all about getting to the core song—if an element doesn’t forward the feeling or the meaning of the song, take it out.”

And that relentless craftwork has definitely paid off, with the band creating a clutch of bruised, heartfelt songs that touch on universal-yet-personal topics like invoking family in a time of need or finding oneself at one of life’s crossroads and being uncertain of which path to take. While Moore suggests it might be “the record that explains the space between Fate’s Got A Driver and The Moon My Saddle,” it speaks to a degree of lived experience that a younger Chamberlain might have been hard pushed to tap. Indeed, for all its many strengths and successes, there was a sense with The Moon My Saddle that the band maybe didn’t have quite enough miles on the clock to wholly own the sound they were striving for.

“With The Moon My Saddle, we wanted to work with traditional song structures instead of being concerned with how heavy or powerful something was,” says Moore. “We wanted to find power in a different way, in a more simple way. I think we kind of fast-tracked that—we hadn’t fully inhabited that style of music when we were recording that style of music. The Moon My Saddle is more of a reach towards where we wanted to be. I think with this record we are where we are, maybe for the first time. Because we’re still reaching, but without an idea of where the band will be or is going, or even if it will continue to go after this—I think that gives you a lot of freedom in the sense of owning just where you are, in the moment.”

While age might bring a degree of wisdom, Moore still finds himself questioning past choices and using them as a means to reflect on the here-and-now. “I didn’t feel very intentional for the first half of my life,” he admits. “I was focused a lot on me and now I want the back half to be about solidarity and crystal-clear vision of who I am, what I stand for or be remembered for.”

While serious, he can still look back at the callow self-assuredness of youth with a wry smile, be it having two records on the rack under different band names or pivoting to Americana just as major labels were greedily snapping up post-hardcore bands left, right and center. “I think if I’m honest, there was part of me—my lower self—that kinda liked going to punk rock shows and getting up there to play ‘Last To Know,’” he laughs. “I think at the time I needed that, I needed to break out from where we had been. But looking back, if I were a fan of our band looking at it objectively, I would’ve thought ‘Yeah, this just doesn’t make a lot of sense.’”

If the band is now a more harmonious, level-headed entity, there’s at least one characteristic that has remained constant: A sense of joy mixed with sorrow, and a belief that there will, eventually, be better times ahead. “You have those troughs where life seems bleak and dark, and you have peaks where the sun comes back out,” says Moore. “For me the best way to deal with the pain is to go through it and find the joy on the other side. It’s always smacked of vanity when people just wallow in it. I’ve had bouts of that for sure, and oftentimes I’m a better person in my songs than I am in real life, but I’ve always loved that space between joy and pain, light and dark. I think that’s where the proving ground of life is—where you learn the most and where you feel the most alive.”