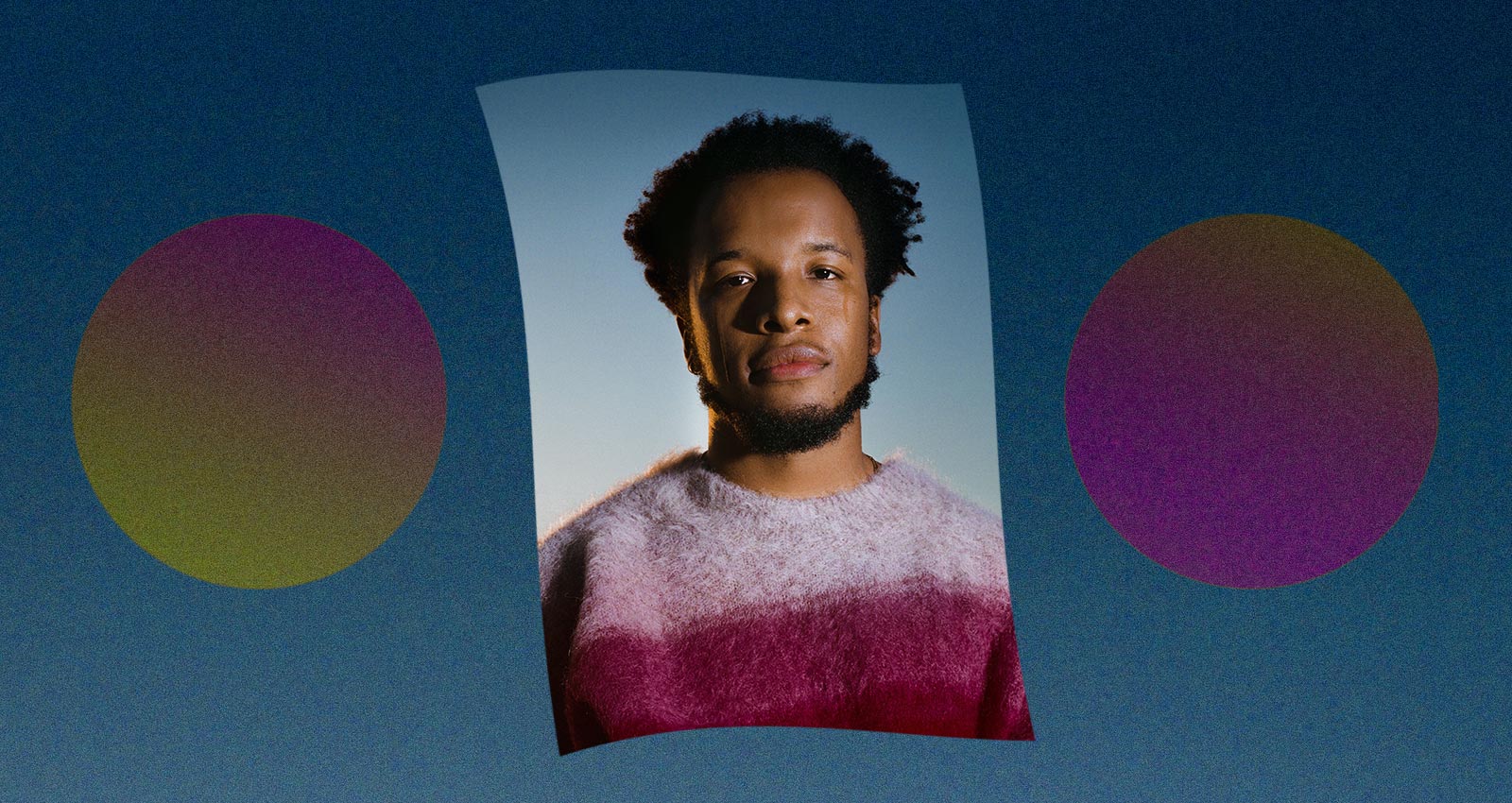 When Cautious Clay wrote the breezy and futuristic “Shook” three-and-a-half years ago, he was reeling from two major life events: a breakup, and being fired from his day job. “The line, ‘Stay messing up a 9 to 5’ is a real reference to getting fired,” he says. The song, which appears on his recent debut album Deadpan Love, also recounts a romantic experience, “with someone new that’s maybe not super serious, but it’s a lot of fun.” His crooning seems to smooth out the song’s uncertainty, resulting in luxurious R&B. “It’s an album about relationships,” Clay says of Deadpan Love. “It’s about earnestness in those relationships, but it’s also about ambivalence in those relationships—not always feeling like you want to invest in something, but also realizing that nothing really matters, and we have to give things meaning on our own.”

The Cleveland native began developing his musical knowledge at age seven, when he started taking private flute lessons. When he got older, he would listen to his mother’s collection of jazz records, along with soundtracks to movies like Space Jam. Growing up in Cleveland informed his ideas about the way music could sound. The region has produced a host of sonic innovators—from the funk of the Ohio Players to Kid Cudi’s left-of-center hip-hop. Deadpan Love continues that free-spirited creativity. The album covers a wide range of genres. “Sometimes it’s like soft rock and indie rock, like ‘Dying in the Subtlety,’” Clay says, “and sometimes I’m more on a classic R&B sound. I like to try different things, and I want to do whatever I want to do.”

Clay hadn’t been singing for very long before adopting his stage name, so on Deadpan Love, he challenged himself to experiment with his vocal abilities. “On songs like ‘Box of Bones,’ I’m stacking my voice as the main melody,” he says. The track represents a more poetic style of writing, inspired by writers like e.e. cummings, Toni Morrison, and Ocean Vuong. The song’s lyrics—“Don’t want to talk/ You get the soap, I’ll take the box” are open for deeper interpretation. On “Wildfire,” Clay bottles up the anxiety that stems from feeling vulnerable in a new relationship. He left his raw vocals as-is, and opted for more direct and active lyrics. “It’s a singular voice and a little bit raspier, a little bit more intimate,” he says. On the album-opening “High-Risk Travel,” Clay pushes his voice into the spotlight, harmonizing with bright guitar licks. The lyrics depict a person risking their physical and mental health to pursue a fraught relationship during the pandemic. And on “Karma & Friends”—the album’s original title—Clay considers how relationships “determine your karma and overall well-being.” The song, programmed with longer “pre-delay on the reverb on the snare,” recalls Outkast’s classic “Elevators.” “It’s sort of boom-bappy,” Clay says, “but also, at the same time, very classical. There’s a lot of dimensions.”

What comes through more than anything on Deadpan Love is the fact that emotions form the backbone of Clay’s music, and are ultimately what create long-lasting connections with his listeners. “I think the emotion behind the music is the most important part, other than what instrument you’re using or whose voice is on it,” Clay says. “How you deliver is how you dynamically change things. That’s the music that appeals to me most.”